EdHack: And the winners are...

The LAB Miami,  in collaboration with the Patricia and Phillip Frost Museum of Science's "NEXT Weekend,"  hosted EdHack, a hackathon for  building educational games and apps to engage more youth (K-12) in STEM learning. The hackathon, sponsored by the museum,  Big Duck Games and the Knight Foundation,  was Saturday at The LAB Miami and the demos and awards presentation took place Sunday at the science museum.

Judges were Daniel Lafuente of The LAB MImai, Peter Martinez  of Refresh Miami, and Mike and Sharon Newman of Big Duck Games.

And the winners were…

Frank Hernandez and Lazaro Herrera of the Game Developers Guild took home the grand prize with an analytical-thinking mobile game called Beepo. The runner up was Aaron Perl, a senior at Mast Academy, who designed a physics-related mobile game called Phyzzle.

Both teams will receive free space at The LAB Miami, a consultation through the MadeInTheLAB, and a dinner with Mike and Sharon of Big Duck Games. Additionally, the Game Developers Guild will take home $1,000 for being name the champions. 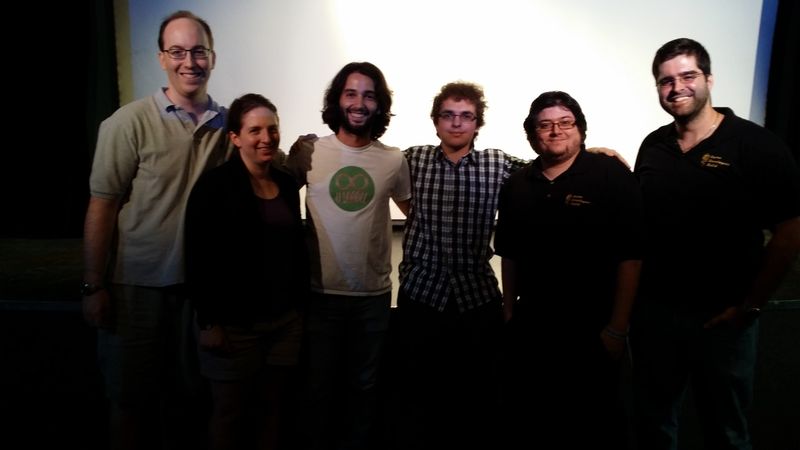