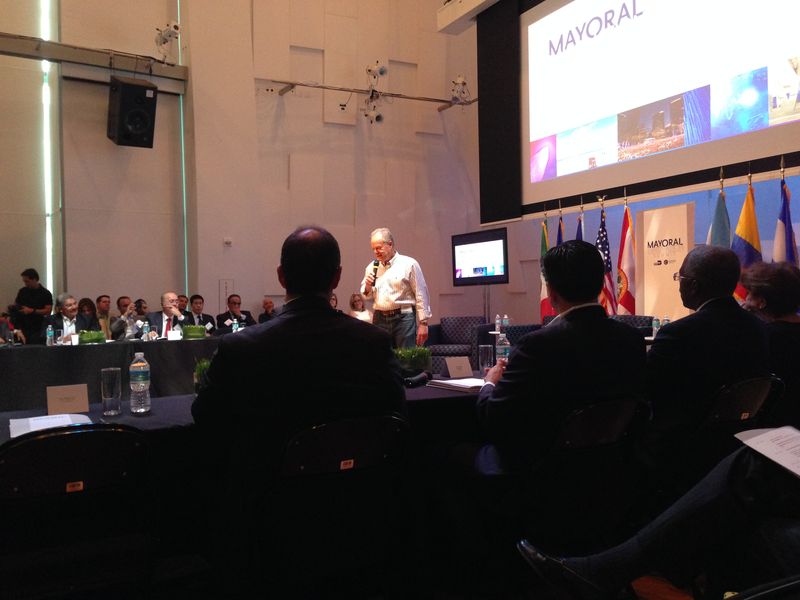 A public transportation system that seamlessly links bicycles, buses, the metro, and even gondolas. A government where all city services are accessible online, and free Internet is everywhere. A fully connected education system where every school is linked and offers Internet and robotics labs. A public health system that brings the doctor to patients.

These are not pipe dreams. They are examples of what’s working in Colombia.

In the kickoff to eMerge Americas Techweek, mayors from about 15 cities, mainly in Latin America, and other dignitaries, as well as executives from companies such as IBM, Cisco and Microsoft that work with the cities, came together Saturday for a Mayoral Innovation Summit hosted by Miami-Dade Mayor Carlos Gimenez at the New World Center in Miami Beach. All together, about 75 people explored best practices, such as Colombia’s successes, and discussed common challenges in creating smart and sustainable cities. eMerge Americas Techweek continues through Tuesday with speakers, expos and parties.

“When you implement new technologies, there is a lot you can do to alleviate poverty,” said Elsa Margarita Noguera de la Espriella, the mayor of Barranquilla, Colombia, where many of the projects mentioned above were implemented. She said Barranquilla’s investment in technology and infrastructure in the past six years has saved the government money while increasing efficiency, improving schools, and saving lives.

To Barranquilla, a connected city means putting kiosks with computers and Internet access in all neighborhoods, and they are well-used, the mayor said. “When they get the opportunity to have access to technology they never had, they become digitally literate very soon,” she said.

Medellin has built a state-of-the-art public-private innovation district, with green technology and botanical gardens. But the infrastructure is just the container, and what Medellin has created is a live ecosystem, said Juan Camilo Quintero, executive director of the innovation center called Ruta N. Fueling the ecosystem are other innovative projects in Medellin, he said, such as Interchange, a program to train children to be engineers, and Comuna Innova, which sends doctors and university researchers into poor neighborhoods to come up with urban solutions and implement them with the citizens.

“We are on the cusp of something big, the greatest transformation in human history. On the one hand we have the age of technology and innovation, the second part, and I think the bigger part, is the urban revolution,” said Richard Florida, an urban-affairs expert and author who spoke at the summit. “I think our future is bright but I want to add one challenge — mayors can do a lot, private sector can do a lot, but we have to work together.”

While the business-suited government leaders were exchanging ideas, across the causeway about 175 young T-shirt clad techies from South Florida and Latin America were coming up with their own solutions to solve urban problems in emerging markets. Powered by free pizza and plenty of Red Bull, they were participating in the first National Day of Civic Hacking project as part of the eMerge Americas Techweek Hackathon being held at the University of Miami Life Science and Technology Park in Miami’s health district.

At hackathons, technologists form teams and build applications in a set amount of time, often 24 hours. There are often prizes involved, and this one dangles a coveted $30,000 prize pool. But hackathons are also often themed, and for this hackathon the hackers were challenged to come up with applications for the social good.

On Saturday afternoon, about 20 hours before the hacks needed to be finished, there were teams working on solutions to improve food safety, a more modern version of the Amber Alert to locate missing people, a more advanced voting system for Latin America, an application to bring nonprofits and potential volunteers together, a neighborhood-level communication system for alerts about crime, road work, and city services, a language learning app using a Twitter-like interface, and even an application focused on identifying and preventing traumatic brain injury.

On Sunday, the hackathon teams that stick it out through the night will present their work in front of judges, who will select the winners. But the hope is that some of the projects may live on. For that, there are organizations like Code for Miami and Code for Fort Lauderdale that meet regularly to work on projects for the civic good, and the National  Day of Civic Hacking movement to promote them.

Back at the mayoral summit, attendees discussed the need to open up their data so that startups and technologists like the ones at the hackathon can create solutions for them. Barcelona Deputy Mayor Antoni Vives said the city opens up its data in all five main areas — information, mobility, water, energy and waste — so that the smallest companies to giants like IBM and Cisco can bring them solutions. City facilities, public-works projects, streets and squares contain sensors, constantly providing data that can be analyzed, he said.

Other challenges discussed during the day included cyber security, foreign investment in tech, energy initiatives and urban sustainability and the need to continue sharing insights. Mayor Gimenez said mayors need to become better borrowers. “We all have the same problems ... We don’t need to be reinventing the wheel. There are solutions already invented all over the world." 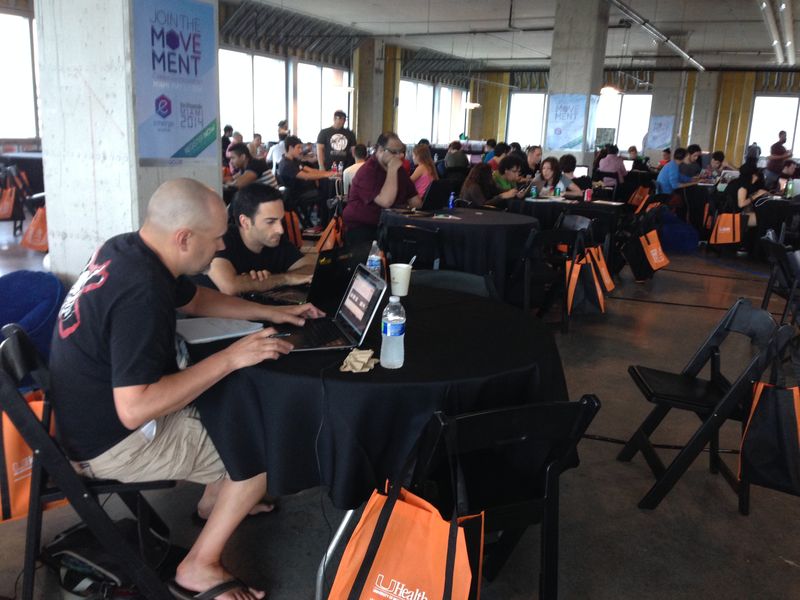