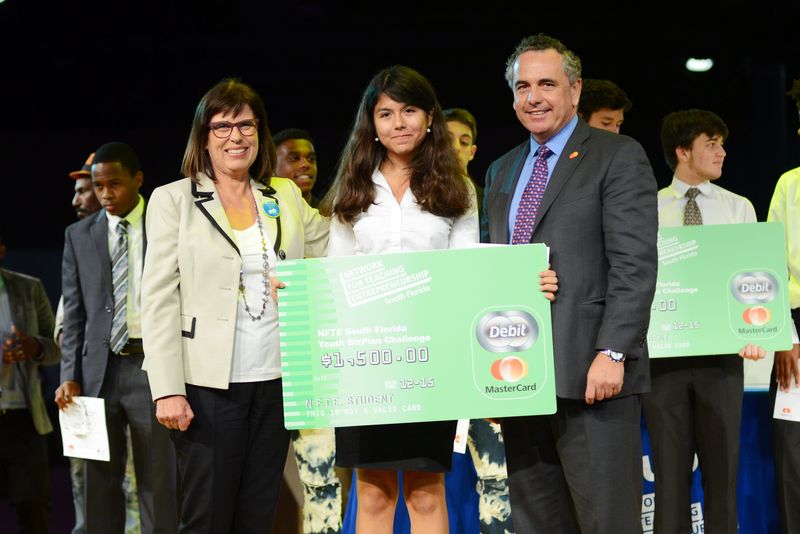 Karen Bonilla, a  Ferguson High School student who created Lepsy's App, won first place in the Network for Teaching Entrepreneurship (NFTE) competition at eMerge Americas Techweek on Monday. NFTE is a global nonprofit that teaches entrepreneurship in low-income schools; NFTE South Florida is one of the organization's largest chapters, serving about 3,500 students in Miami-Dade and Broward counties.

Bonilla, pictured above, created the app, which explains epilepsy to young children, after her five-year old sister witnessed a classmate having an epileptic seizure.

"It's an amazing feeling of fulfillment, " said Bonilla, who lives in Miami, after winning. She will now advance to the national NFTE Championship in Silicon Valley in October.

Placing second was Magic No Streak Cloths, by Alyssa Herman and Maggie Bodner of Coral Springs Senior High School, pictured below. This team will also be going to Silicon Valley to represent NFTE South Florida and compete in the nationals. 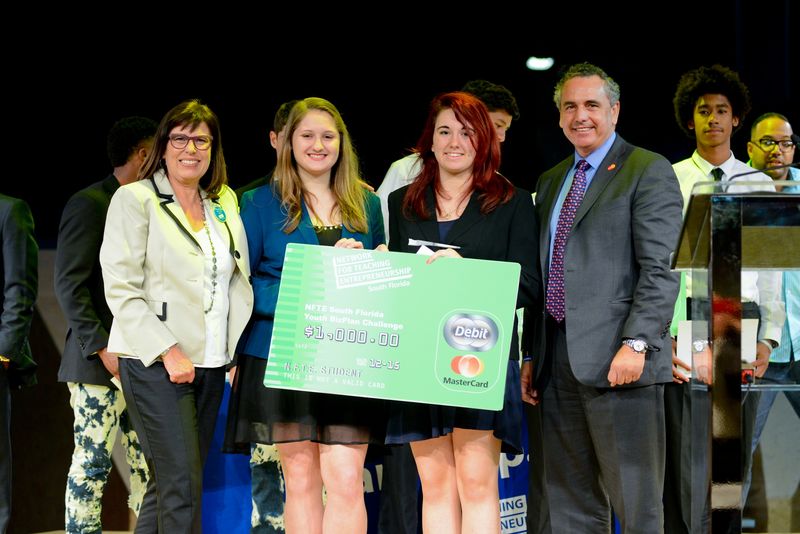