WordCamp: 'The most accessible tech event in Miami' 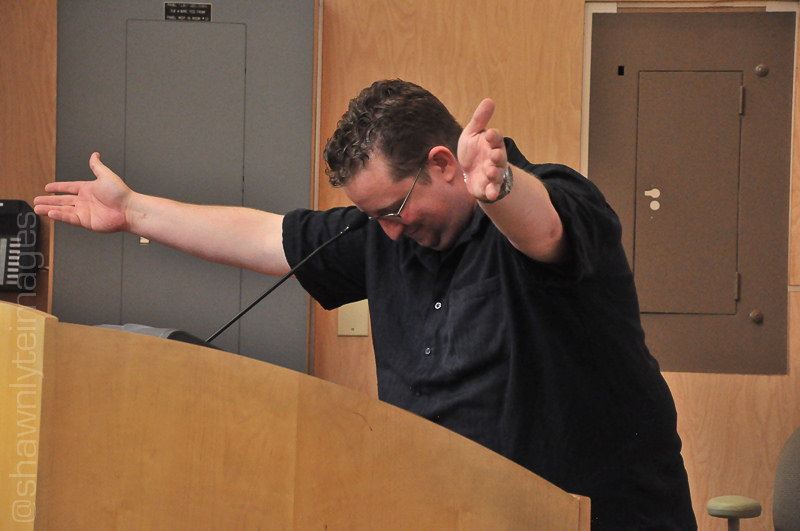 More than 750 people spent last weekend learning everything from how to attract a bigger website audience to how to build web and mobile applications at the fifth annual WordCamp Miami.

The three-day event brought together a diverse group of Miami’s technology scene ranging from top website developers to small business owners and publishers. Unlike many of Miami’s tech events, which are aimed at people who want to build the next Facebook, WordCamp is for people you’d hire to build your website – or people who want to build their own. This is the tech Miami scene that isn’t new but has always been here.

“This is probably the most accessible tech event in Miami,” said Rebekah Monson, communication manager at the University of Miami’s School of Communication and organizer of the Code for Miami, aimed at using technology for civic good, and Hacks/Hackers Miami, a group that melds technology and journalism.

The event was organized, for the fourth year, by David Bisset, a Broward web developer who owns Dimension Media, and a team of volunteers. Most speakers also were volunteers, and the University of Miami and Nova University, the workshop venues, donated or heavily discounted the venues for the event. That keeps the cost low – just $30 for the two-day main conference or $35 for three days, including beginners’ workshops held at UM this weekend and at Nova last month. The event also included a WordPress beginners’ workshop for kids.

As usual, WordCamp Miami sold out more than a month in advance. WordCamps are held all over the world.

WordPress is a free, open-source content management system. It started in 2003 as a simple blogging platform but has grown sophisticated enough to be used by Mashable, special projects by CNN, The New York Times and The Washington Post and businesses such as eBay and Best Buy. It’s estimated that more than 20% of the world’s websites whose content management systems can be identified are using  WordPress.

Because it uses templates (themes), WordPress can be used by someone with no previous website design experience. Experience developers in the WordPress communities create new extensions and plugins every day, many free to use.

WordCamp Miami attracted everyone from business owners seeking ways to promote their enterprises to graphic designers who have added website building to their portfolio. People of all ages and women were well represented.

The event had three tracks: users, designers and developers, but many attendees sampled all three as well as sessions aimed at growing a website business.

If you missed this year’s event, you can learn about WordPress at the monthly meetings of the South Florida WordPress Users group. 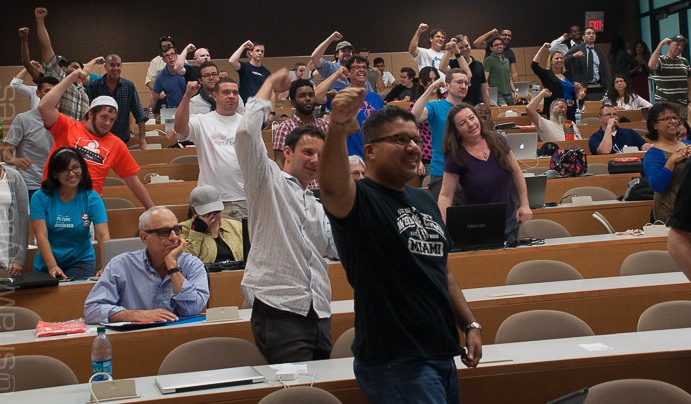