To prepare its students for success in the entrepreneurial economy, Miami Dade College plans to open a new entrepreneurship center in September and has named its leadership.

The Idea Center @ MDC, to be headed by entrepreneur Leandro Finol, will serve as Miami Dade College’s hub for entrepreneurship and will serve its 165,000 students. It will include a venture incubator, called CREATE, with programming and resources to help nurture and accelerate the entrepreneurial ideas and ventures of students. The center, which will be located on the 5th floor of Building 8 on the Wolfson campus, will also be tasked with creating and upgrading entrepreneurship curricula and may partner with a major educational organization in that effort, said Rafael Saldaña, dean of MDC’s School of Business and is launching this major endeavor.

“The social contract has changed. Just because you have a great education does not mean that the job will be there. And we all know you don’t go to a job and stay there 30 years anymore,” said Saldaña. “Entrepreneurship is a mindset and a skill-set students need to be able to do it on their own. That’s why Dr. Eduardo Padrón [president of MDC] says this is the future of the college.”

Saldaña said the center will be open to all MDC students, not only those in the School of Business, and it will help students with entrepreneurial pursuits in all industries, from technology to healthcare to aviation to culinary businesses, for instance. It could also serve students who want to help their parents take their small family businesses to the next level, Saldaña said. The center and incubator will provide mentorship, assistance in raising capital, programs and advisory services.

The 11,500-square-foot center also will house organizations with resources that can help its students. For example, MDC’s Goldman Sachs 10,000 Small Businesses program will have a presence there, and MDC is working on partnerships with other organizations now, Saldaña said. Noting the increasing number of resources available for entrepreneurs, "We want to be a hub for students that will complement what is already being done in Miami," he said. 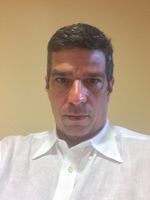 To run the center and the incubator, Saldaña said the college looked for leaders with entrepreneurial and industry experience.

Finol, who grew up in Venezuela and moved to the U.S. in 1999 on a Fulbright scholarship, will be executive director. Finol, who has 15 years experience in both startups and multinational organizations, is a sales and marketing executive who co-founded Direc4U in 2001, later sold to Red Ventures, and was an executive for MDU Communications and consultant for Liberty Power. He’s also an investor in retail and telecommunications businesses, Finol said.

“Education can change people’s lives," Finol said. "I’m a product of education and entrepreneurship and to be involved in such an ambitious project is a great opportunity.” 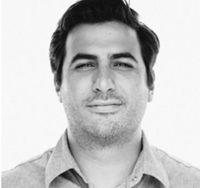 Directing the incubator will be Wifredo Fernandez, well-known in Miami’s startup community in his role as co-founder of The LAB Miami, a 10,00-square-foot co-working and education space in Wynwood, where he has worked with hundreds of entrepreneurs and helped launch programming for students. Fernandez, who grew up in South Florida, is also an adjunct professor at MDC. “I’m excited to be able to take my learnings in the LAB and apply it to education. We have a lot of raw talent in Miami, and this is about democratizing access to everything going on in the startup community.”

Finol explained that the Idea Center will have programs to help students at every stage and will model programming and methodology after what has worked well at universities in other parts of the country. There will be programs for students who don’t know where to start and another for students who already have a tangible idea. Once the students have developed a prototype and a team, they may be eligible for a semester-long program that will offer world-class mentorship and resources.

“We believe everyone can become an innovator,” Finol said.

Earlier this year, MDC launched the 10,000 Small Businesses program. The program is open to qualifying growth-stage companies in the community, and the program’s second cohort is underway now.