Choose Digital, a Miami-based digital marketplace platform that lets companies  incorporate music, e- books, TV and movies into existing rewards and loyalty programs, has been purchased by Viggle, a New York-based public company, in an all-stock transaction valued at about $9 million, the companies said Wednesday morning.

With the acquisition, the Choose Digital platform will power digital media rewards for the Viggle platform, enabling Viggle members to get free entertainment content for enjoying their favorite TV shows and music.

Choose Digital’s team of 11 people will continue to be based in Miami.

Choose Digital was founded in 2011 by Stephen Humphreys and Mario Cruz. Humphreys, CEO, who moved to Miami from the UK in 2008, is a veteran of the loyalty and affinity marketing space with more than 17 years of global experience. Cruz, CTO, who grew up in Miami, has more than 17 years of experience in IT, with a focus on high-volume transaction programs in the loyalty and rewards market, and has been awarded a patent in the space.

“The Choose Digital team has some of the deepest experience in loyalty programs, promotional marketing, rewards and technology,” said Greg Consiglio, COO of Viggle.  “With this acquisition, we can now develop end-to-end entertainment and loyalty rewards programs for our brand, TV network and music industry partners."

Choose Digital works with major music labels and top independents, offering millions of songs, albums and box sets through its platform.  More than 300,000 books from three top publishing houses are available through Choose Digital as well.  Streaming for tens of thousands of TV programs and movies is expected to launch in the Fall.

Choose Digital has built a “private label” digital marketplace that allows companies to incorporate digital content into their sales and marketing strategies.  Its content, consisting of digital music, movies, TV shows, eBooks and audiobooks, is current, wide and sourced directly from global record companies, major studios, and publishers.  New categories including apps, games and magazines are currently under development.  The market positioning of Choose Digital is agnostic – it has no consumer-facing brand, or any direct relationship with consumers.

The Viggle Store – a rewards destination where members can redeem their Viggle Points for music downloads – is already powered by Choose Digital. Choose Digital also powers the digital media rewards capabilities for leading loyalty programs at businesses such as Marriott, SkyMall and United Airlines, and will continue servicing its current customers.

"With the combined power of Viggle and Choose Digital technologies, we look forward to becoming the premier solution for brands to deliver digital rewards," said Cruz.

Choose Digital joins Viggle Music and the Viggle Store as recent additions to the Viggle Platform, which includes Wetpaint, an entertainment destination for creating, curating and sharing  entertainment content; NextGuide, which helps TV networks reach and engage their audiences; and the Viggle app.  In March 2014, Viggle achieved a total reach of 20.8 million.

Choose Digital – an active sponsor of Miami tech events such as hackathons and the inaugural MIA Music Summit earlier this year – recently moved from Coral Gables into new offices in Wynwood, "the tech hub of South Florida," said Cruz. “We love Miami, we love the growing tech scene, we are staying.”

The company is part of a wave of acquisitions this year. This is at least the fifth early- or growth-stage company in South Florida acquired by public companies in the past few months: .CO Internet was acquired by Neustar; Nutri-Force was bought by Vitamin Shoppe; BlueKite was purchased by Xoom Corp.; and New Wave Surgical was acquired by Covidien. And in a private-company transaction, Simplikate was acquired by Phunware.

Choose Digital  is also part of an emerging creative hub of music- and entertainment-oriented tech startups  in Miami. “Miami is growing steadily in this new arena,” said Cruz in a recent blog post. “We're no longer threatened by losing our local talent for well-known hubs like New York, Boston or Chicago. We are building a nexus of music, fashion, art, technology and media. We’re heading somewhere great.” 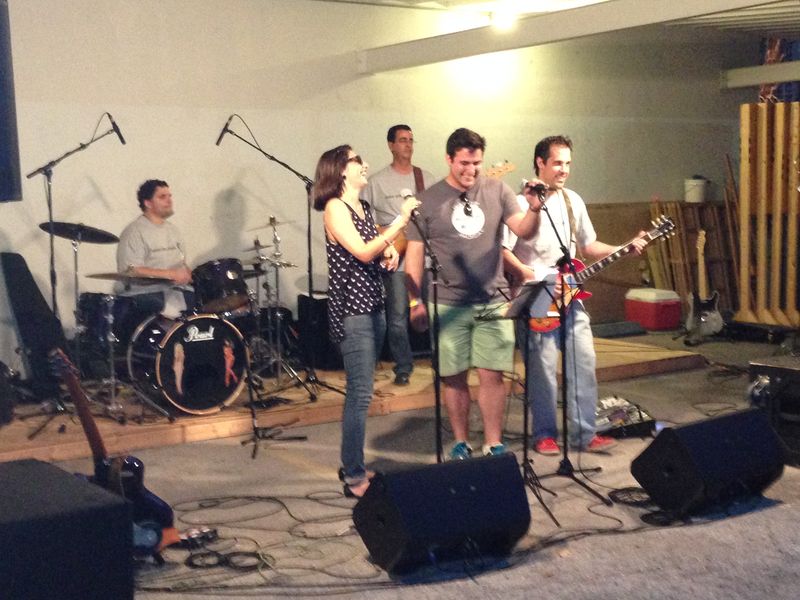 Not all work and no play: Choose Digital participates in the Startup Battle of the Bands at The LAB Miami in March, at a party to kick off the inaugural MIA Music Summit.