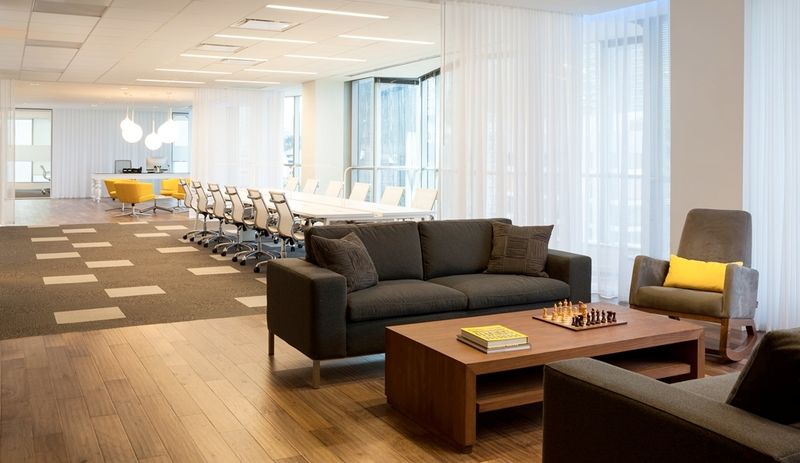 Pipeline, a modern shared workspace on Brickell (pictured above), is opening its second location in the heart of Philadelphia this fall. Pipeline Philly, will occupy about 21,000 square feet in The Graham Building, a 25-story office tower across the street from Philadelphia’s City Hall.

Philadelphia’s CenterCity is home to more than 34 percent of the city’s small businesses and the city has experienced a surge in sole proprietor businesses, doubling over the past 10 years, Pipeline said.

The 14,000-square-foot Pipeline Brickell, which offers private offices, dedicated desks, flexible work and meeting space and virtual offices, opened in November 2012 and has 250 members in technology, healthcare, media, law, real estate and design, among other industries.

"Pipeline was built with the theory that a diverse community with overlapping goals fosters the highest likelihood of success for people within a community," says co-founder Todd Oretsky. Oretsky, fellow co-founder Philippe Houdard and Philadelphia developer David Grasso, president and CEO of Grasso Holdings, are spearheading the Philadelphia location.

Centro condos to include coworking center

The coworking space design includes an open work-lounge, a lab-cafe, private offices, dedicated workstations, ideation studios and meet-up rooms. “The partnership with Newgard is an example of how new workplace amenities can raise the bar for urban living, while enhancing the quality of life for residents,” said John Arenas, CEO of Serendipity Labs, in a news release.