From Startup Weekend to DemoDay -- all in a week! Kate Nematollahi came to Startup Weekend West Palm Beach last weekend with an idea -- no team members, no tech experience, no startup cred. There Nematollahi, who works for a nonprofit youth sports organization doing marketing, teamed up with some web developers who were sitting next to her the first night, and several others joined the team when she made her pitch for a site that makes it easier for community and youth sports leagues to bring on the all-important sponsors. She said that during the Startup Weekend, as part of the idea validation, they called dozens of community sports leagues who said I need this now, how soon can you have it ready?

Long story short, her TeamSponsor won the StartUp Weekend, and just five days later she and her team members were presenting at Startup Palm Beach's DemoDay (pictured above), one of several activities that took place this past week. She said the team is definitely planning to carry the concept forward, and is looking for web designers, funding and mentorship. You can read more on her blog post about the Startup Weekend experience here. 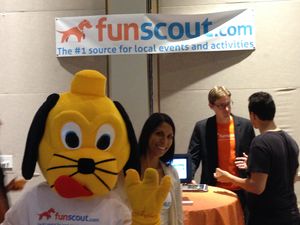 Perhaps fittingly, kicking off the DemoDay, held Friday night at the West Palm Beach Pavilion in the downtown waterfront area, was last year's inaugural Startup Weekend West Palm Beach winner, FunScout. Austin Pantaleo said the idea stemmed from his own frustration finding fun things to do nearby at the times he wanted to do them. He says FunScout does that and will be launching later this summer.

Other teams presented included: TextDial, a content sharing widget that allows users to share articles via sms, Surfr, a surf journal and travel resource featuring more than 8,000 spots around the world; and Pit, a mobile game coming soon to an app store near you. The founder hopes casual gamers will find it refreshingly different -- indeed the turnout at his demo table suggested they do. 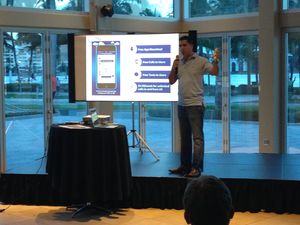 Startup Palm Beach's Entrepreneur Week also included a BarCamp and a community forum on building an entrepreneurial ecosystem. "West Palm Beach is in its infancy in the startup space, but we're all here," said Chris Callahan, co-founder of Startup Palm Beach, entrepreneurial resource center, as he pointed to the  standing-room-only crowd inside the Pavilion. "Its amazing. As  community, we are starting to gel, and that will continue." 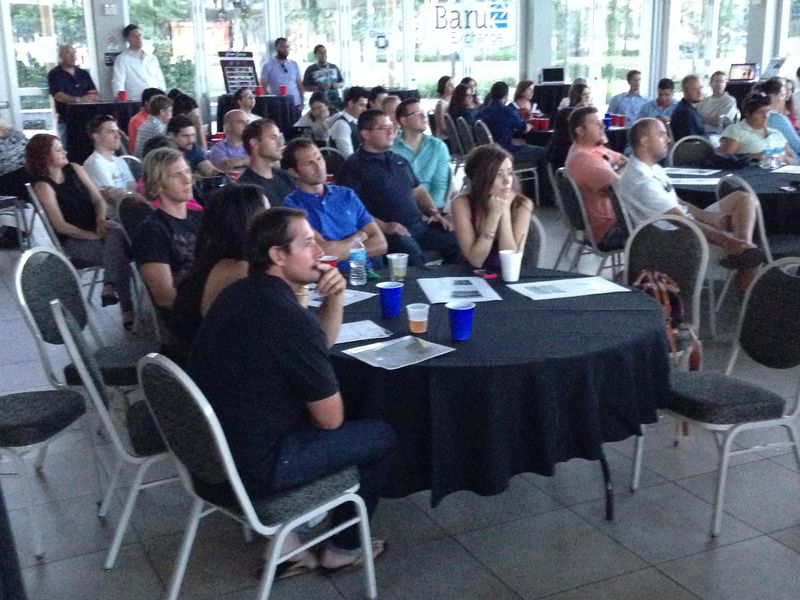 Callahan said the next Entrepreneur Week will be in November, again kicking off with a Startup Weekend and ending with a DemoDay. It will be interesting to  see what evolves.

Posted by Nancy Dahlberg 07/26/2014 at 11:23 AM in Accelerators/incubators, Contests/Honors, Events | Permalink