Angels in the house: What's their view? 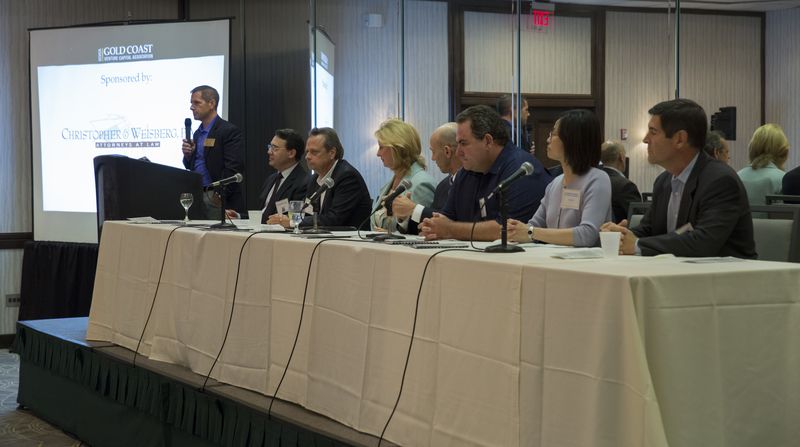 By far the No. 1 complaint I hear from startups is that there is a dearth of serious local investors. So when I received an invitation to  an event called Meet The Angels, I wasn't sure what to expect.

By sheer numbers, there were a lot of angels in the house. Eighteen angel groups participated in panels and 565 people attended the event Wednesday night at the Boca Raton Embassy Suites ballroom put on by the Gold Coast Venture Capital Association. Most of the groups were from the tri-county area though a few were from Central Florida and Tampa, including the Florida Angel Nexus, an investor in Miami-based startup Kairos. Some of the groups were not very active in terms of number of investments in South Florida companies.

"The whole idea of tonight's event was to make it easier for entrepreneurs to come to one spot and meet all the relevant groups in the South Florida region and to meet some bonafide funds that actually do invest in early-stage growth companies," said Bob Fitts, who heads the nonprofit GCVCA, whose mission is to connect entrepreneurs, service providers and investors in the tri-county region. He said about half of the audience were entrepreneurs, 30 percent were service providers and about 20 percent were investors. "Of course the entrepreneurs wish it was reversed," he said.

So how do you get the attention of an angel? "Instead of a spray and pray to every group out there, do some research and try to get to one of the members who is particularly interested in your industry who can champion your startup and get in that way," advised Juan Pablo Cappello of Accelerated Growth Partners. AGP has made five investments in the last few months, he said, and AGP's members are seeing interesting clusters forming around Latin America, logistics, healthcare and entertainment. 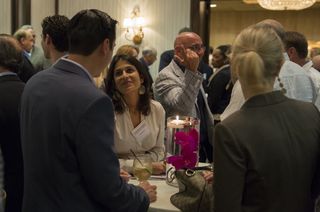 All the angel groups I talked to said they have seen improved deal flow and much better quality Florida companies in the past year. This is a change from discussions in previous years, where angels said  quality deals in South Florida were hard to find.

At the earliest stages, Miami Innovation Fund has made five investments so far this year, all "somewhere north of $50,000."  Palm Beach Angels launched earlier this year to invest in Palm Beach County companies, and is interested in tech, products, Internet of things, among other verticals, said Jeff Brown, who believes entrepreneurs should strive to take only the minimal amount of angel capital as needed -- and only if necessary -- to get to the next level and find their path to revenue as soon as possible.

Another very new fund is Thesis Ventures, an institutional early stage investment group that typically invests $250k to $500k in the consumer space. Mike O'Donnell, one of the partners, said Thesis is very hands on. If fact, it typically moves the  portfolio companies into its building. "We're 90 days old and have already made five investments," he said.

Tamiami Angel Funds' newest fund has invested $1.5 million in five companies this year.  Caerus Ventures likes the consumer space and typically will make investments of $250,000 to $1 million, and will do follow-ons. New World Angels does about five deals a year, as well as  several follow-ons; $1 million to $7 million is the sweet spot. "I have been doing this for a number of years, and this is the deepest I have ever seen angel capital get," commented Franc Nemanic of Crunchfire Ventures.

And the angels had plenty of advice for entrepreneurs: Execution is your single biggest differentiator. Know thyself, and mitigate your weaknesses by building a strong management team around you. Pursue your passion, and make sure you really, really love what you are doing. Never lose sight of the value proposition. Know what you don't know and be coachable.

At early stages it is more about building strong strategic partnerships than valuation, said Joanna Schwartz of EarlyShares, a funding platform for accredited investors. "Don't get into business with jerks. You are going to be married to these people for a very long time," added Zack Cherry of Caerus Ventures.