« Angels in the house: What's their view? | Main | Meet the winners of Refresh Miami's DemoDay » 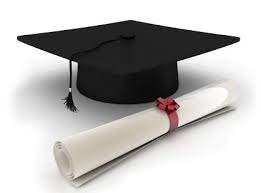 Perhaps not surprisingly, South Florida ranks among the highest areas of the country for attracting foreign students. The metropolitan area also ranks high nationally for retaining foreign talent after graduation.

Yet, the Miami area ranks near the bottom among metro areas for foreign students who study science, technology, engineering or math, a new Brookings Institution report found.

The report, "The Geography of Foreign Students in U.S. Higher Education: Origins and Destinations," tracks the local origins, size and growth rate of the foreign student population on a metropolitan level. Based on student-visa data from 2008 to 2012, the report identifies the 118 metro areas with the largest numbers of foreign students and measures their monetary contributions to their U.S. metropolitan destinations. The report was released as part of the Global Cities Initiative, a joint project of Brookings and JPMorgan Chase.

"Just last year, a record 21 percent of the world’s students who are going abroad for their education came to this country,” said Neil Ruiz, associate fellow for the Brookings Metropolitan Policy Program and author of the report. “It’s important to understand how students from fast-growing foreign nations can help build global connections and shore up our local economies and businesses. This report provides the data to do that.”

Another key finding of the report: The Miami metropolitan area ranked 4th out of 118 metro areas on the measure of foreign student retention, with 69.6 percent of them opting to stay in the area. New York, Honolulu, Seattle and Las Vegas also ranked high for students who remained in their areas to work after graduating. Nationally, on average, 45 percent of foreign student graduates extend their visas to work in the same metropolitan area as their college or university, the study found.

“Foreign students are a significant source of earnings for U.S. metro economies in several ways,” said Ruiz. “First, they open up markets in their home cities which facilitates trade, foreign direct investment and knowledge transfer. In addition, they infuse revenue into local communities, and they help fill demand for jobs requiring specific skills in local labor markets. Our business and community leaders need to develop better strategies that retain their talents after they graduate."

However, for the share of foreign students pursuing a STEM degree, Miami ranked 110th of the 118 top areas; Just 19.4 percent pursue degrees in STEM. The report found that it was the small U.S. metropolitan areas that drew the most STEM degree seekers per capita: Beaumont-Port Arthur, TX, home of Lamar University, Palm Bay, FL, home of Florida Institute of Technology and Anderson, SC, home of Clemson University, had the highest ranking for STEM degree seekers, the report found.

According to the report, the students coming to South Florida were most likely to come from China, Venezuela and India. During the 2008-1012 time period, 823 students hailed from Caracas. They are most likely to attend Florida Atlantic University, Florida International University, Lynn University, Nova Southeastern and University of Miami, in that order.

Nationally, over the five-year period of 2008 to 2012, foreign students contributed $21.8 billion in tuition and $12.8 billion in living costs to 118 metro areas that are each home to at least 1,500 students. Just 45 percent of these students, however, extended their visas after graduation and got jobs, under the optional practical training (OPT) program, in the regions where they studied. OPT allows foreign students on F-1 visas to work between 12 and 29 months after they graduate from a U.S. higher educational institution, the report said.

Posted by Nancy Dahlberg 08/29/2014 at 08:08 AM in Education, Entrepreneurship research, Technology | Permalink