How Citrix fell hard for Delray startup Virtu.al - 'there is tech talent in South Florida' 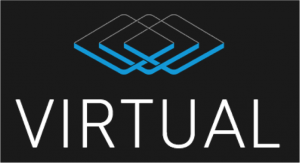 With an eye on increasing its investment in mobile app security infrastructure, Citrix on Wednesday announced that it has acquired Virtu.al, a four-month-old South Florida startup.

The Fort Lauderdale-based publicly traded tech giant said Virtu.al’s technology and its small Delray Beach-based team, including founder and CEO Chris Wade, will help simplify IT security management for applications, data, endpoints and networks, while supporting Citrix‘s core vision for providing people with new ways to work. Future enhancements to the Citrix mobile workspace delivery platform with the Virtu.al technology will make it easier for enterprise customers to gain instant, secure access to apps, desktops, data and services from any device over any network, Citrix said in its news release. Terms of the deal were not disclosed Wednesday.

Virtu.al was so stealth. its “website” was a single landing page. But Chris Fleck, the Fort Lauderdale-based vice president of Mobility Solutions at Citrix, had been tracking Wade’s career and was instrumental in putting together the acquisition. Citrix had never acquired a company so young before and Virtu.al is the first South Florida company it has acquired in a decade, said Fleck, speaking by telephone from a Citrix analysts event in Santa Clara, where Citrix also has a large operation.

Fleck said he was attracted to both the skills of the Virtu.al team members— “they are world famous hackers, deeply skilled in security” — and the technology is “very appealing and potentially disruptive to the old way of doing app development.”

The deal is also an indicator that there is tech talent in South Florida, Fleck added. “Chris Wade is a genius.”

Fleck explained that Virtu.al’s technology could solve a large and expensive problem for mobile app developers. They need to test their apps on physical devices, and with hundreds on Android phones, multiple versions of iPhones and iPads and a growing numbers of wearable devices, developers can spend half their funds and considerable time on testing. This technology virtualizes the process in the cloud. “You want to test it on a Samsung Galaxy s5, you just click,” he said.

Fleck said Virtu.al’s technology will be presented to analysts Thursday.

“I am really excited. There are unique things we can do internally, and we are working out how we can help the developers,” said Wade, also speaking by telephone from California. Wade said he has known Fleck for awhile and after an interview with CEO Mark Templeton, “we clicked and it convinced us [the acquisition] was the right way to go. ... We’ve been very well received out here in Santa Clara by the employees and the analysts. We feel welcomed into the Citrix family.”

Citrix has 9,500 employees globally, with 1,800 in South Florida. The company booked $2.9 billion in 2013 revenue and its solutions are in use at more than 330,000 organizations (including the Miami Herald) and by more than 100 million users globally.