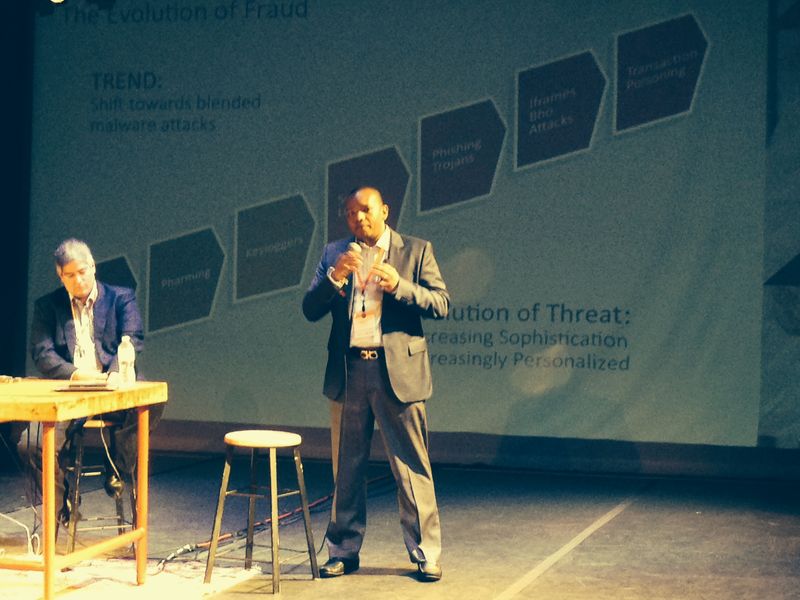 Miami’s inaugural Fintech LatAm conference seemed perfectly timed — this month’s ApplePay announcement brought the mobile wallet back into the conversation, there have been several massive data breaches that retailers, banks and their consumers had to battle, and Bitcoin is seemingly always in the news, and not always in a good light.

On Wednesday, nearly 200 people attended the one-day conference that explored financial-technology innovation in the Americas as well as efforts to boost Miami as a hub for financial tech innovation. Speakers included representatives of giants such as MasterCard, Citi and PayPal to Miami-based companies including Easy Solutions, YellowPepper, Bid2Pay and LoopPay.

Miami public relations firm CVOX Group, which specializes in technology and financial services particularly in the Americas, hosted the all-day conference at the Light Box at Goldman Warehouse in Wynwood. CVOX founding partner Ray Ruga moderated the event that looked at the growth of mobile banking and payments, cyber-fraud, big data, loyalty programs and more, all of which require the financial services industry to become nimbler and more responsive than ever before in order to survive and grow, he said. Ruga also said it’s a sector that has been largely ignored by Silicon Valley, even though the fintech industry is expected to grow to $8 billion by 2015. That could make it a smart play for Miami, as the gateway to Latin America and already rich in financial services.

Mobile banking and mobile payments were particularly hot topics at the conference, particularly with predictions such as one out of every four people will be using mobile banking by 2015 and half the world will have a smartphone by 2017, said Jonathan LeBlanc, the South Florida-based head of global developer evangelism for PayPal, which is increasing its staff in Miami to serve the region.

Serge Elkiner, CEO of Wynwood-based YellowPepper, is a big believer in the Latin American market. YellowPepper is focused on transforming commerce in Latin America with Yepex, a mobile payment platform. The company also partners with 40 top financial institutions in the region to enable 5.5 million million customers to execute over 30 million transactions per month. YellowPepper has 52 employees globally, including eight in Miami.

Although YellowPepper is growing fast in Latin America and other mobile payment solutions such as Google Wallet have been in the U.S. market for several years, it may just be Apple’s ApplePay that will finally bring the worldwide market around in a big way. "Apple brings awareness to the industry that only Apple can do," said Daniel Cohen, senior vice president and group head of Emerging Payments for MasterCard. He was  in the ApplePay project as part of MasterCard.

While retailers will need to install technology for ApplePay and other solutions, not so for LoopPay, said the company’s chief technologist, George Wallner, who was a pioneer in point-of-sale technology. LoopPay, which attaches to your phone as part of the case, can converse with 90 percent of point-of-sale systems to make purchases, making your physical wallet obsolete, he said. Don’t want to carry your phone? No problem. LoopPay just developed a $35 device you can attach to your key chain that will do the same thing, said Wallner, who lives in Miami Beach. “In innovation, you don’t try to keep up, you get ahead.”

But migration to a cashless society isn’t without its regulatory and security challenges, particularly in Latin America, LeBlanc said. “In multiple ways, we are looking to destroy passwords.”

For a look at just how difficult this can be, just try to stay ahead of the bad guys. That’s what keeps Miami-based Easy Solutions up at night. "It is really crazy out there," said CEO Ricardo Villadiego. "Unfortunately, there's no silver bullet to fight fraud. Speed and flexibility are critical."

With an $11 million investment led by Miami’s Medina Capital and no shortage of fraudster tactics to battle, Easy Solutions has been on a growth tear, and its products are used in 220 financial institutions around the world. Like LeBlanc and others, Villadiego believes biometric means of ID — such as thumb prints, facial recognition, even vein patterns and heart beats — will play a big role ahead.

Miami also has been on the front lines of another important area — big data. "Every day we create 2.5 quintillion bytes of data a day," said Driss Temsamani, Citi’s regional head of business intelligence, analytics and innovation for Latin America. And just who are biggest innovators to date in managing big data? It’s government, said Temsamani, but the private sector is trying to catch up.

He described the applications his team of data scientists and analytics experts at the Citi Innovation Lab in Miami have developed to unlock the hidden value of the data for their clients, and the lab always involves the clients in the R&D process. Citi wants to roll out the applications in Latin America and around the world. “Don’t use big data because it is the cool thing,” he said. “Do it because you’re solving a customer issue.”

Another area of innovation that will make doing business easier for the financial services industry as well as others: management and storage of email. Yes, that ubiquitous email overload that has become an indispensable part of our lives is never going away, but it also hasn’t changed much in two decades. Email was never designed to be a file manager but it has become that, said Alex Panagides, CEO of MxHero.

Thanks to cloud technology, look for big improvements ahead, said Panagides. MxHero is creating solutions that make collaboration on email easier and manages those attachments. With MxHero’s product Fusion, attachments are delivered as a link, and the sender is still the owner of the attachment, able to make changes or cut off delivery to a recipient, for instance, while eliminating multiple versions flying around. The sender can also track delivery. "We’ve just added a compliance layer of interest to the financial services community," he said. In two to five years, all email will be delivered this way, he said. “Everything is going to change radically and it took the cloud to crack it.”

How should South Florida and Latin America nurture a culture of innovation in fintech? Corporations shouldn’t be afraid to partner with startups, and they can do this through small controlled experiments at first, said Susan Amat, founder of Venture Hive, a tech startup accelerator and entrepreneurial education company in Miami. She said six of Venture Hive’s 31 resident startups are in the fintech space, including Waleteros, which is creating a mobile wallet solution for the “unbanked“ U.S. Hispanic market.

Venture Hive also has been helping some large companies create an innovation culture through programs that encourage intra-preneurship as well as working with outside startups. “Let us know what you need,” said Amat. “We need to do this well. We need to keep these startups local.”

Photo at top shows Ricardo Villadiego of Easy Solutions and Faquiry Diaz Cala, the moderator. Below shows networking during the lunch break. 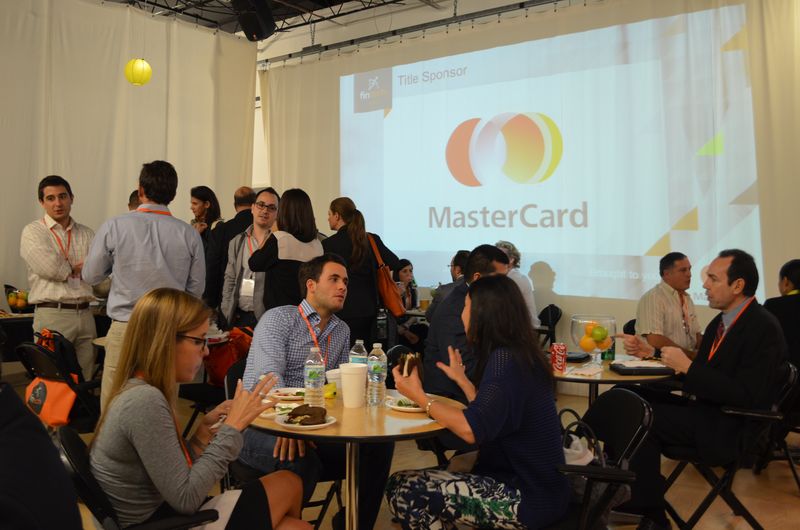