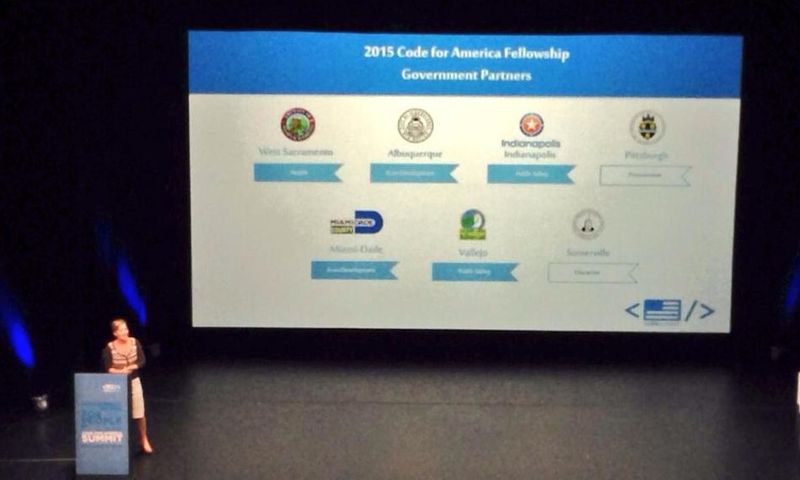 Code for America on Tuesday evening announced a new partnership with the Miami-Dade County government for the 2015 Code for America Fellowship Program. The John S. and James L. Knight Foundation is investing $75,000 to support the launch of the program in Miami. The announcement was shared with more than 750 attendees at the annual Code for America Summit in San Francisco.

The Code for America Fellowship pairs local governments with teams of mid-career, civic-minded technologists for one year. The governments and fellows explore answers to local challenges by engaging with the community, building applications and testing the results. Over the past four years, the fellowship program has produced more than 55 Web apps with 30 municipal governments and 103 fellows.

“It is a privilege for Miami-Dade County to be Code for America’s first government partner in Florida. This collaboration will drive a more open government, stimulate economic development and improve the delivery of regulatory services to our community,” said Miami-Dade Mayor Carlos A. Gimenez, who participated in the announcement event in San Francisco, along with Matt Haggman, Miami program director of the Knight Foundation and Code for Miami's Ernie Hsiung and Rebekah Monson.

In Miami, Code for America will assemble a team of three fellows for 11 months. The fellowship will begin in January 2015, with a month-long training session in San Francisco, following which fellows will travel to Miami to take on a residency with local government. The fellows, which receive a $50,000 stipend and mentorship, will work with officials and residents to identify specific government challenges and then start developing technology solutions to tackle these challenges. Projects will be presented in October 2015 at the Code for America Summit.

Code for America chose seven governments for the 2015 program from a pool of 40 applicants. In addition to Miami-Dade County, Other cities chosen were Albuquerque, N.M.; Indianapolis, Ind.; Pittsburgh, Pa.; Somerville, Mass.; Vallejo, Calif.; and West Sacramento, Calif. Miami’s three fellows will be announced in November.