A New York venture capital firm that specializes in early-stage investments has chosen Miami for its first office outside the Big Apple.

Now with two funds, Scout has invested in 48 companies in New York, California, Washington, Texas and up and down the East Coast, but it hasn't invested in a South Florida startup -- yet.

For South Florida, this is an important development because the entrepreneurial community has been working on developing a technology hub here. Big gains have been made at the angel level of financing -- several new networks have opened and others have expanded -- but for institutional money at the early stages entrepreneurs often had to look elsewhere, such as Silicon Valley or New York.

Ed Boland, who was until July a banker at the JP Morgan Private Bank in Miami, will run the office as a partner, with a dual mission of scouting South Florida companies and potential Limited Partners. Although Miami was on Harrisonâ€™s radar, it was Boland who sold Harrison on Miami. Boland wanted to lure a venture fund, and Scout was at the top of his list. He pitched the concept to Harrison in New York and that went well -- "a half day in New York and he left with a deal in his hand," Harrison said. Then Harrison took a two-day trip to Miami last week packed full of meetings. Scout had been also considering other markets, including Detroit, Cincinnati, Chicago and Indianapolis.

Working with wealthy investors over the years at JP Morgan and through his network, Boland believed in the need. Plenty of people say family offices aren't interested in investing in technology but that isn't true, he said. "I have worked with lots of high net-worth individuals the last four years who are some of the smartest, most opportunistic investors around. They want to invest, they just didn't have the vehicle ... We needed to have a fund here in Miami and we needed one with a track record." 

In his 48-hour-trip, Harrison had meetings with family offices that had an appetite for tech. He toured Wynwood and The LAB Miami, met with Matt Haggman of the Knight Foundation, Manny Medina of eMerge Americas, Miguel Farra of MBAF, Jaret Davis of Greenberg Traurig and others. Davis put together a group meeting of about 10 people representing different areas of the ecosystem, including the Beacon Council, other members of his firm and potential investors. Harrison said the meetings validated for him "that Scout fills a role that doesn't exist in Miami."

After graduating from West Point, Harrison served as a captain in the U.S. Army, earned an MBA at MIT Sloan School of Management where he also helped launch an MIT-Harvard incubator, co-authored three patents at AOL, and was an active investor before starting Scout. Harrison was part of the New York startup investing scene before that tech ecosystem took off, and he said he believes Miami is clearly at the beginning stages of its growth as a technology center.

"Professional money bridges the gap, that's when it becomes real," Harrison said during an interview in Miami on Saturday. "I feel like in Miami we can be a high impact player and we can do that with all the other players in the ecosystem where everything is aligned."

Like other emerging ecosystems he has studied, Miami is undergoing a artistic and cultural renaissance and building a maker culture, something he believes is key in sparking entrepreneurship. He also likes Miami's position as the gateway to Latin America, particularly with Scout's interest in financial technology.

"Latin America remains 80-90 percent unbanked," Harrison said. "You can change the overall landscape of a demographic ... and technology is driving that. The hub into Latin America is Miami."

The Magic City's historical synergies with the Big Apple don't hurt either. "New York just gets South Florida," he said.

Along with a track record that includes early success and a few exits, the new office also brings an extensive Scout network to the local ecosystem. "What I think is of tremendous value beyond the new investment dollars is the cross-pollination with New York City deals and contacts," said Melissa Krinzman, managing partner of Miami-based Krillion Ventures, who has known Harrison for years.

Scout has secured a live-work space and is already starting to look at deals, Harrison said. "It will be fun when we write our first check." 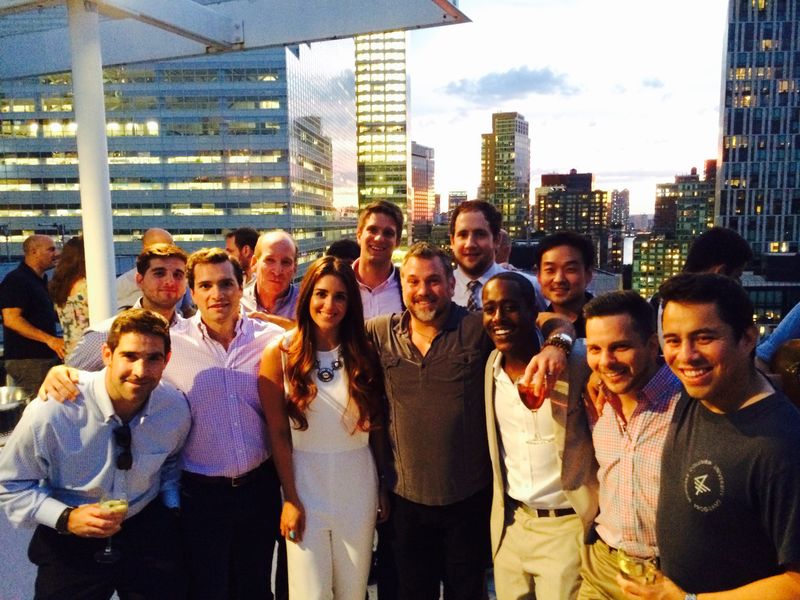 Meet the Scout team, which will be spending more and more time in Miami (especially in the winter...)