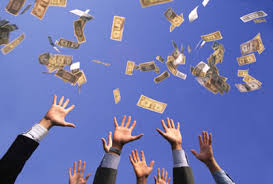 Women entrepreneurs have made progress obtaining venture capital, yet a wide gender gap persists, according to a new study released by Babson College on Tuesday.

The amount of early-stage investment in companies with a woman on the executive team has tripled to 15 percent from 5 percent in the last 15 years, the study found. Yet 85 percent of all venture capital-funded businesses have no women on the executive team and only 2.7 percent of venture capital-funded companies had a woman CEO, according to the study titled “Women Entrepreneurs 2014: Bridging the Gender Gap in Venture Capital.”

The study was conducted by Babson professors leading the Diana Project, a program founded in 1996 to research women-led businesses globally. The study analyzed 6,793 unique companies in the United States that received venture capital funding between 2011 and 2013.

Among other key findings:

The report included several recommendations for the venture capital industry, including examining the reasons why so few women enter or stay in venture capital roles, showcasing the successes of growth-oriented, venture-funded women entrepreneurs and doing more to seek out early-stage, women-led businesses across the country.

“For years, it was believed that women entrepreneurs needed to change their approach to networking, pitching or industry sector in order to secure venture capital,” said Patricia G. Greene, a co-founder of the Diana Project and the Paul T. Babson Distinguished Professor of Entrepreneurial Studies at Babson College. “It is increasingly apparent that many women entrepreneurs have followed these prescriptions, yet they have not been able to achieve proportionate increases in early-stage growth capital.

"The tremendous work within the entrepreneurship ecosystem to support and foster growth of women entrepreneurs, and the findings of this study, demonstrate it is not the women who need fixing; the model for venture capital that has been in place since the 1980s simply does not work for women entrepreneurs,” Greene said.

The full report is available at www.babson.edu/DianaProject.