To infuse principles of entrepreneurship throughout the largest and most diverse undergraduate student body in the country, Miami Dade College is opening the doors of its new innovation hub with the help of significant funding and a prestigious partnership. 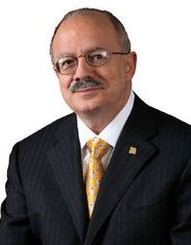 Some of the Knight funding will go to establishing a partnership with Babson College, which has had the top-ranked entrepreneurship program in the country since 1995, according to U.S. News & World Report’s annual rankings. The Idea Center will also use the Knight support to enhance its training programs for faculty and staff and develop entrepreneur-focused events as well as for fund operations for the accelerator, co-working space and mentorship programs.

"Miami Dade College has a lot of important initiatives, but the one that I am most enthusiastic about is our entrepreneurship effort," said Padrón, in a phone interview last week (pictured at right). "I think it will be the most important component of the college in the years to come." 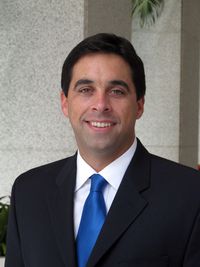 Through the Idea Center, MDC’s 165,000 students “will have the opportunity, the space and resources to learn, as well as the tools they need to connect, get inspired and build ideas of their choosing,” said Haggman (pictured at left).

Finol released new details about the Idea Center, which will be headquartered on the fifth floor in Building 8 at the Wolfson Campus in downtown Miami. But the center will be a resource for all eight MDC campuses.

"We believe innovation is everywhere. We are also industry agnostic ... we want students to think about innovation in traditional industries with a different angle,” said Finol, who has 15 years’ experience in startups and multinational companies. “And we are going to be hands-on. Everything we do is going to be experiential.”

There will be programs for every stage of the entrepreneurial journey, and through the three-year partnership Babson will do a comprehensive needs assessment and will be involved in advising on all the programs, said Finol, who met with Babson’s president, Kerry Healy, during a visit to the Idea Center earlier this month. Babson also provided the curriculum for the one-year-old Goldman Sachs 10,000 Small Businesses Program at MDC, which helps established revenue-generating businesses scale and has already graduated 52 South Florida companies. 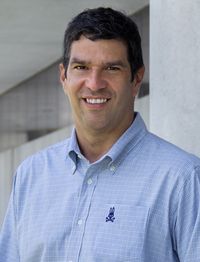 One of the Idea Center’s programs, Phase 2 Ventures, will be modeled after the 10,000 Small Businesses program and will be designed to help students grow and innovate their families’ small businesses, which make up more than 90 percent of the Miami-Dade economy. Once significant growth and revenue targets are met, the businesses could be ready for the 10,000 Small Businesses program, Finol said (pictured at right).

And for students just getting started – maybe they have an idea and don’t know where to start – there will be an Idea Factory, where students can attend a workshop and then pitch an idea to a panel of experts who evaluate the idea and assess the likelihood of success.

Students further along can apply to the Idea Center’s CREATE Accelerator, which will be headed by Wifredo Fernandez, who co-founded the co-working center The LAB Miami in Wynwood. CREATE, which stands for Center for Research and Transformative Entrepreneurs, will help aspiring student entrepreneurs build companies and products. Methodologies used will include Stanford’s Lean LaunchPad, which involves testing products and talking to customers to either validate or refine assumptions. CREATE will open in January, Finol said.

Students can also enter the $5K Startup Challenge, a college-wide contest that will have a call for entries later this fall and offer a $5,000 award. In addition, co-working spaces will be established to encourage collaboration among its students. The Idea Center will also be involved in rethinking, revamping and expanding the entrepreneurship curriculum on all its campuses.

Community events will include a Pioneers@MDCspeakers’ series with “titans of business and social innovation who will inspire the students,” Finol said. The first one kicked off last month with Juan Diego Calle, co-founder of .CO Internet in Miami.

"One of the things students have told me is that they have great ideas but they do not have the resources to seek professional help in areas they don’t have expertise, and for them this will make all the difference in the world,” said Padrón. “This is a very practical approach for entrepreneurship and I think this will be a win-win for all."

For more than two years, Padrón has been personally involved in seeing through the Idea Center project, a collaboration between the Miami Dade College School of Business and School of Engineering and Technology.

The Idea Center is a component of a much bigger strategy to infuse entrepreneurship into curricula throughout the entire college, Padrón said. “Combined with some things we are doing in emerging technologies that will provide students with real training for the knowledge economy that is so much needed in Miami, I think this will help position the college to really help the community.”

A small group that included Padrón and Haggman visited the entrepreneurship centers of Harvard University and Massachusetts Institute of Technology in May of last year in an effort to study best practices and build ideas. Padrón also visited Cornell.

For Knight, the Idea Center offers a way to further build out a network of entrepreneurship support, and it has already funded programs such as coding and entrepreneurship programs for middle and high school students, The LAB Miami for co-working and events, various programs that help startups build teams and find funding and Endeavor, a global network that selects and accelerates high-impact entrepreneurs. Together with the new MDC funding, the foundation has committed more than $10 million to entrepreneurship efforts throughout the community.

What particularly caught Knight’s interest, Haggman said, is Miami Dade College’s broad reach and ability to serve the county’s most under-served communities. About 67 percent of MDC's students are considered low income; more than half of its students are the first in their families to attend college.

“We are trying to create a bridge into Miami’s growing startup community, and by doing that we also create bridges among all the eight campuses. from Homestead to North Dade, to Liberty City to Kendall,” said Haggman. “Miami Dade College has this fantastic footprint that connects to the community in a way that no other organization does. Our aim will be to try to cross-pollinate and create connections between all the pieces of the network. We are really excited about it, there is a lot of possibility.”

"Our students are some of the brightest and some of the most creative students you can find anywhere," said Padrón. "They say that necessity is the mother of invention, and many of these students are innovative by nature. We feel giving this population the opportunity to participate is something that will change the face of Miami."