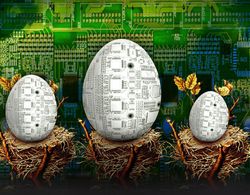 Last week’s breakfast event hosted by commercial law firm Bilzin Sumberg was yet another opportunity to explain and share South Florida’s tech-entrepreneurship efforts to date with the greater community. The event, titled “Miami: The Next Entrepreneurial Frontier,” attracted nearly 200 professionals. It wasn’t lost on that well-dressed crowd that what’s good for local technology is good for the economy as a whole.

South Florida’s technology industry has actually been growing for 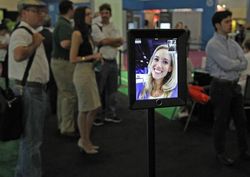 three decades, and there have certainly been ups and downs. But, as the group at Bilzin Sumberg heard, the most recent efforts to accelerate a tech-entrepreneurial ecosystem hub picked up considerable steam the past 24 months with the proliferation of events, conferences, pitch opportunities, incubators and co-working spaces, many of them supported by the Knight Foundation.

The past year saw two big milestones: the inaugural eMerge Americas conference, which attracted 6,000 people to check out what South Florida’s tech community has to offer and served as a gathering space for tech across the Americas, and the launch of 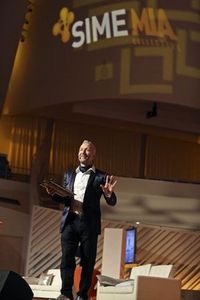 Endeavor Miami, which accelerates high-growth companies and has already chosen seven entrepreneurs to support. There were also a number of other firsts: the inaugural SIME MIA conference just before Art Basel, the opening of the Microsoft Innovation Center, the first one in the United States, a Miami Mini-Maker Faire that attracted nearly 2,000 people (many of them pint-sized), and last month a focused conference called Fintech Latam.

Also launched: a plethora of programs to teach kids technology and entrepreneurship, including Code Fever, Code Now, Black Girls Code, Girls Who Code and Wynwood Maker Camp, among others. And next week Venture Hive’s TechCEO gets underway for Miami-Dade County high school students, teaching entrepreneurship in the real world. At the higher-education level, Florida Atlantic University rolled out its Tech Runway entrepreneurship accelerator and program and Nova Southeastern is building an $80 million NSU Center for Collaborative Research, with a technology incubator, as well as a new big data center. Miami Dade College rolled out Goldman Sachs 10,000 Small Businesses for the community and this fall is Idea Center @ MDC for its 165,000 students.

The Knight Foundation has committed $8 million in 90 investments in entrepreneurship programs, from Endeavor to The LAB Miami, a coworking and education center in Wynwood, to programs and organizations that help startups and the ecosystem with everything from legal help, talent acquisition, funding, communication and more.

Miami-Dade County was one of the largest supporters of the Venture Hive accelerator and eMerge Americas. The Beacon Council has made technology one of its top priorities in One Community One Goal, and its Talent Development Network and Academic Leaders Council programs got underway. eMerge Americas brought the three counties together and succeeded in producing a true regional event; the second eMerge is set for early May with a goal of attracting 10,000.

“More entrepreneurs from all over the world are looking to operate their companies from South Florida. Some of the world’s largest technology companies are now looking at Miami as an option to open significant operations. These types of things weren’t happening a year ago,” said Manny Medina, founder of Medina Capital and eMerge Americas.

“We’ve made great progress continuing to grow — and further connect — Miami’s diverse community of startups and high-impact entrepreneurs. We’re also seeing vivid examples of success by Miami-area entrepreneurs, including .CO, Mako and Open English, among many others. Role models and examples of success are key, and we are seeing it,” said Matt Haggman, Miami program director of the Knight Foundation, who has been leading many of the efforts (pictured here).

Going forward, Haggman said Friday, the Knight Foundation will continue to make grants that help build out the support network for entrepreneurs, particularly in the areas of talent and funding. In those areas, the foundation has funded Venture for America and Enstitute, both of which provide apprenticeships to local startups, and AGP, an angel investor group also providing investor education, and more grants are coming, he said. “We are seeing enormous progress in both areas already. We’re just trying to build on that.”

To be sure, building an entrepreneurial ecosystem takes years, and Miami’s effort is in its infancy, entrepreneurial experts say. “There is no single magic bullet. It takes time and it requires multiple stakeholders,” such as entrepreneurs, of course, but also government, universities, risk-capital providers and large companies, said Fiona Murray, MIT Sloan School of Management’s associate dean for innovation, in a conversation with Andreessen Horowitz. “We have to build this social fabric that links everyone together. ... The good news is that we are increasingly learning that these kinds of programs [accelerators, contests, educational programs and other catalysts] can make a big difference ... and begin to really transform the entrepreneurial culture very quickly,” said Murray, who has studied innovation ecosystems around the world.

What challenges do we still face? I wanted to get a view from the ground, so for this story I surveyed more than 60 entrepreneurs, investors and service providers. Let’s hear what they have to say.

Overwhelmingly people told me they are seeing and feeling the energy of a startup culture now. There is no shortage of events, and many lauded the recent national and international media exposure. “We are slowly getting some recognition for our city’s talent and our unique tech community,” said Camila Souza, community manager for Tech Cocktail Miami. “I’m glad to hear that it’s been awhile since I heard anyone try to define us as Silicon Beach.”

While brain drain is still with us, more entrepreneurs are also moving to the area — indeed, it seems like every week I hear about another new startup (or three) moving here. Call it brain gain.

Nine months ago, that was Canadian Johanna Mikkola, who opened the first full-time coding bootcamp, Wyncode, with her husband Juha.

“What I see is an energetic, welcoming community filled with passionate people,” said Mikkola. “Progress has been made in organizing the community, seeing investments made in amazing ideas and people. This in turn has led to some great media coverage. The hype is there, so are the expectations as well as some skepticism. It’s time to keep our sleeves rolled up and focus on building real results. Let’s live up to those expectations and build something which is really Miami made.”

There was no shortage of suggestions on how to do that, from building a comprehensive information portal to fostering regional cooperation to even taking our startups on the road. Many others cited challenges in fund-raising (see related story), as well as talent, inclusion and mentorship.

“Talent is getting a bit easier to find, but it’s still a hard search,” said Eric Dosal, who co-founded BrightGauge with his brother, and together they moved the enterprise software company back from California last year. The fast-growing startup recently hired a few people after another local company went through layoffs. “It’s unfortunate for that company, but the fact we were able to soak up resources so fast shows there is demand.”

The area could use more founders with technical expertise, some said. “We need to inspire and assist engineers, who are building amazing products for someone else, to conceive and build such products for themselves,” said Steve Luis, a director of Florida International University’s School of Computing and Information Sciences, which recently ranked fourth in the U.S. for its number of bachelors degrees in computer science.

Several people noted that our universities produce a high number of talented graduates, but they leave, and we need to do a better job of exposing graduates to the opportunities here. “A sizable challenge will be the integration of efforts by our local colleges and universities,” said Mike Tomás, CEO of Bioheart who mentors, invests and has served on several university boards. “For a South Florida tech hub to gain swift traction, our schools will have to work together.”

Inclusion, or lack thereof, was another challenge mentioned. Some entrepreneurs said broad swaths of the region are being left out.

When the news came out about Google’s workforce being just 3 percent black, Felecia Hatcher, founder of Code Fever, convened a community meeting to discuss diversity and inclusion in the emerging tech community. “In that respect, we absolutely do not want to mirror Silicon Valley,” she said.

But that is exactly where we are headed, said Micheal Hall, co-founder of MediumFour. “While Miami may be deemed culturally diverse, it is not inclusive. Those accessing the knowledge and the resources do not widely include women and underrepresented minorities. More needs to get done in not only attracting entrepreneurs to Miami from these communities, we need to build a nest where local entrepreneurs from these groups can go from concept to viability to execution. … Without diversity there is no success.”

“We’re doing a great job developing the tech hub and laying the foundation that creates collision points for innovation and creativity to happen. However, there needs to be greater inclusion among various segments of the entire community and that requires asset mapping to identify who’s who, where, and what and then being able to match them with resources, i.e. funders, strategic planners, etc.,” said Fabiola Fleuranvil of Blueprint Creative and chair of The Beacon Council’s New Leaders Taskforce.

Inclusion is also geographic. Several people pointed out that each county brings important assets to a tech hub -- Broward and Palm Beach are rich in life sciences, Boca is no. 1 in South Florida for venture funding, and many of the region's largest tech companies are in Broward, to name a few -- and there needs to be more collaboration.  “What’s needed is a genuine sense of regionalism,” said Andrew Duffell, CEO of the Research Park at FAU. “What is good for Sunrise is good for West Palm Beach and what’s good for Aventura is good for Boca Raton.”

Another area often mentioned was mentorship. “I think we need a lot more giving back and mentorship,” said Brian Breslin, co-director of Refresh Miami, the Southeast’s largest tech-entrepreneurship meetup group. “More people need to step up and volunteer their time to help grow the community.”

Read a sampling of survey comments all week on the Starting Gate blog on MiamiHerald.com/business. Follow me on Twitter @ndahlberg. 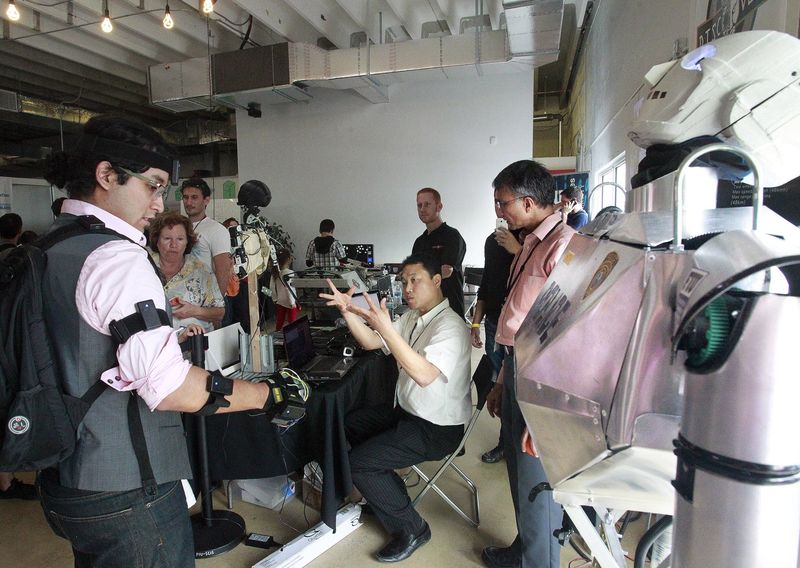 Above, a scene from the Miami Mini-Maker Faire. At top, scenes from eMerge Americas and SIME MIA.