HealthCare.com likes to describe itself as the “Kayak of healthcare.” On Tuesday, the Miami-based private online marketplace for insurance announced  it closed a Series A funding round of $7.5 million that includes Kayak’s owner. 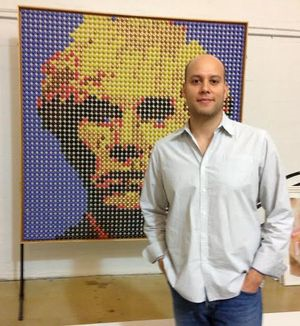 The financing will be used to continue to expand HealthCare.com’s product offerings into other healthcare services, further invest in the technology and expand the team, said Jose Vargas, co-founder of HealthCare.com and People Fund (pictured here).

The funding announcement comes as the U.S. government’s healthcare.gov begins its second year of enrolling patients under Obamacare. Vargas said HealthCare.com’s healthare insurance comparison tool, released this fall, allows people to compare 75,000 state and federal exchange plans as well as off-exchange plans (but it will not include subsidies available through healthcare.gov). “Going forward, we are going to be adding other comparison features into other products such as Medicare and dental insurance,” Vargas said in an interview Tuesday morning.

Boyd, chairman of the board of The Priceline Group, was CEO from 2002 to 2013. Before joining Priceline.com, Boyd was executive vice president, general counsel and secretary of Oxford Health Plans. Boyd has joined the board of HealthCare.com.

“While the Internet has brought consumers great transparency and convenience in many industries, there is an important opportunity to help consumers deal with the increasing complexity and cost of health insurance,” said Boyd, in a statement.

Mylod served as Priceline’s CFO from 1998 to 2009 and as its vice chairman from 2009 to 2012. Mylod’s HealthCare.com investment is being made through his Annox Capital strategic investment firm, with investments including Dropbox, Redfin and EverBank.

“Jeff Boyd, to give a little history, came on to Priceline.com in 2001 as the company was about to delisted from the Nasdaq. During his tenure Priceline went from almost being delisting to a stock price of over $1,000. He knows the Internet,” said Vargas. “He and Bob understand how to brand Internet companies and make them consumer brands. For us, it will be a new beginning to have such expertise in the company.”

Healthcare.com, founded in 2006, is a team of 45 people spread between Miami, Guatemala City, New York and Minneapolis.

Jeff Smedsrud, CEO of HealthCare.com and previously the president of the American Independence Corp. insurance company, said recently that HealthCare.com has been averaging 1 million unique visitors each month over the past year. With the new tool and new plans being rolled out and the government's open enrollment beginning Nov. 15, Vargas, Smedsrud and the team expect that number to surge.