« Modernizing Medicine buys California company, expanding services | Main | Raise a glass as we look ahead to 2015 in South Florida tech »

Inaugural Miami Bitcoin Hackathon is set for Jan. 9-11: the details

South Florida non
profit technology group Blockchain Beach will be hosting its inaugural Miami Bitcoin Hackathon. This three-day event at The LAB Miami in Wynwood starts with a reception and registration event on Friday, Jan. 9, and ends with an award ceremony on Sunday, Jan. 11.  Coders will be competing from around the tri-county area for prizes and awards in a number of categories relating to Bitcoin and crypto-currencies technology development.

Registration for the event is accompanied by a kickoff party frequented by the best and brightest in the South Florida tech scene. During the commencement ceremony, time has been allotted for networking, presentations from local experts, and business pitches from members of the local startup community. After the reception event, programming teams will begin their hacking on the following morning at 8:00 AM. Lunch and dinner will be provided to hackers, and is being supplied by event sponsors. Sunday is the final day of the event, which consists of a short morning spent on polishing the prior days code, and will be followed by presentations to the judges at 1:30. Results of the judges panel will be revealed at 4:00 PM, and will be followed by an after-party. Entry is free for all participants, as well for event spectators. 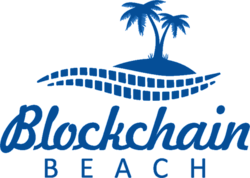 With Miami's proximity to Latin America, and its existing infrastructure in banking and finance relations with South and Central America, Miami's community leaders are focusing on bringing attention to the region amongst crypto-currency advocates and industry leaders. The Blockchain Beach committee, which is managing the event, have recruited participants from all sectors of the local fintech economy. Notable attendees to the event include representatives from a number of the leading crypto-currency projects, including Angel Leon of the "Open Bazaar" team, and Chris DeRose of the "Counterparty" project. As crypto-currency grows from its roots as a computer science "proof of concept", and into a full-fledged remittance and payment industry, the organizers of the event believe that it is vital for Miami to remain competitive with similar institutions in New York and California.

Chris DeRose, one of the events competitors, discussed why he’s participating in the event: "People have a rudimentary understanding of this technology, and really have no concept of just how transformative Bitcoin technology will be. My hope is that by participating in events like this one, I can show members of the financial community that there are major innovations coming to their businesses". Prizes for the winners of this year's event total over $17,000 in cash (paid in Bitcoin of course), along with hand-outs and giveaways for all participating teams.

The primary sponsor of the Miami Bitcoin Hackathon is Bitstop, which is coming fresh off the heels of a "Most Disruptive Startup" award at the 2014 Refresh year-end awards ceremony. Corporate sponsorship comes from BitPay, Coinkite, Tally Capital, and the Knight Foundation. Local educational institution partners include Miami Dade College, University of Miami and Wyncode.

The Miami Bitcoin Hackathon is merely one of a number of Bitcoin themed events in Florida, happening in near-succession. The hackathon has been timed to occur two weeks after the Bitcoin Bowl in St. Petersburg, FL, and one weekend before The North American Bitcoin Conference in Miami.  The winner of the hackathon will be invited to pitch a business idea at the startup session during the subsequent Bitcoin conference. Bitstop organizer Douglas Carrillo is quick to stress the point "This hackathon is merely one step in the direction we're heading for 2015. Fans of fintech can start looking forward to a really significant year in the development of Miami, and Blockchain Beach."

For more information on the hackathon, visit the www.miamibitcoinhackathon.com website for details, rules, and a hacker registration form.

Gianni D'Alerta works as a director at ActivePBX (a local Hosted PBX phone company). In his free time, he is a Crypto Currency champion and helps with the Miami Bitcoin Meetup / Facebook Groups. He is one of the founding members of the soon to be launched non-profit Blockchain Beach.