Richmond Global Ventures, which also has offices in Silicon Valley and New York, is raising an $80 million to $125 million venture fund focused on early-stage companies around the world and close to home. The fund has already made one investment, has two more in due diligence and more on the runway. 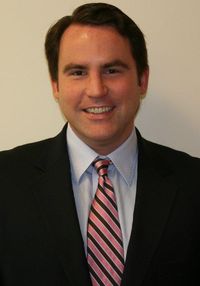 "We feel confident that with three offices, one of them should be in Miami," Kellner said in an interview last week. He said he has been encouraged by the recent activity of the Knight Foundation, Endeavor Miami, eMerge Americas, accelerators and universities to help develop the local ecosystem. "We are committed to Miami."€

The news follows a number of developments this year on the funding front. Several new funds, including Scout Ventures, Krillion Ventures and Thesis Ventures, have launched or opened Miami offices, and angel networks such as AGP have taken root or expanded. All of these are mainly focused on startups in the seed and smaller Series A stages, the earliest rounds of funding. Until now there was a void of institutional funds seeking companies ready for larger, multimillion-dollar Series A and Series B rounds.

That's where Richmond Global Ventures comes in, filling a natural and necessary need in a healthy funding ecosystem. And as investors tend to follow the money, once a few offices put down local stakes, others are likely to follow.

Recognized as one of the first successful venture investors in emerging markets, Kellner has made 53 investments over the years. Kellner's partner in Richmond Global Ventures is David Frazee, who runs the Silicon Valley office. Kellner runs the New York office and also lives part-time in Miami, and Tony Jimenez, a principal in the fund, is based in Miami.

Kellner co-founded Endeavor, a global nonprofit group that selects, mentors and accelerates high-impact entrepreneurs, when he was in his 20s, and has remained active in the organization. He was instrumental, along with Knight Foundation Miami Program Director Matt Haggman, in helping to bring Endeavor to Miami to set up its first U.S. affiliate office a year ago.

In an interview earlier this year, Kellner described his investing style as hands-on and concentrated. "There is nothing exciting to me about sitting behind a computer and having an existential relationship with an entrepreneur. I need to know them. I need to know their stories. I need to coach, and I learn from them," he said then. 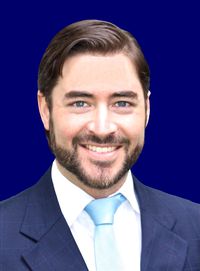 Jimenez, a Miami native, has been active in South Florida entrepreneurship as a shareholder and advisor for local Miami-based startup SportsManias.com and co-founder of two nonprofit groups, Roots of Hope and Awesome Foundation, among other endeavors.

Jimenez said Richmond Global Ventures has already raised about half the new fund and is seeking limited partners in South Florida, with a goal of raising at least $10 million from this region. The firm is looking for office space now.

As for its portfolio, Richmond Global Ventures invests in tech-driven companies with global applications in Series A and B rounds, typically writing $4 million to $6 million initial checks and reserving half of the fund for follow-on investments, said Jimenez. This includes fintech, adtech, predictive analytics and data science, but not hardware, cleantech and pure bioscience. "We favor SaaS and PaaS [Software as a Service and Platform as a Service] companies that have immediate global market viability," Jimenez said.

All international investments -- about half the fund -- will be in Endeavor Entrepreneur-owned emerging market companies in the Series B stage.

The fund closed a round in EcoSense Lighting, based in Los Angeles and one of the fastest-growing private manufacturing companies in the country, Jimenez said. Kellner knows the founders of EcoSense well; they also founded one of Kellner's first portfolio companies, Color Kinetics, a semiconductor-based LED lighting company in the '90s that went public and was later purchased by Philips for about $791 million. "Now the founders are back together to build the next generation," said Kellner.

Other deals are in the works, and Kellner says South Florida w,ill not be left out.

"We will find them and they will be diamonds in the rough. We will find at least one company in Miami where we can build a monster company," said Kellner. "Miami is becoming more of a home to me, where I'm surrounded by friends. Everyone is moving this ball forward."