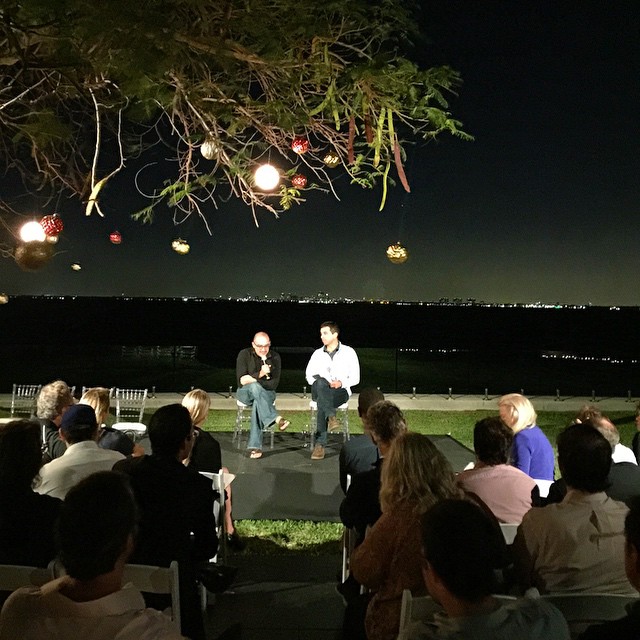 The occasion to gather under the palm trees with a lovely view of Miami: Dave McClure, 500 Startups' founding partner and "chief troublemaker," announced that 500 Startups will bring its PreMoney conference to the Miami are -- the first time it has been held outside the Bay Area -- with Knight Foundation support. In a talk with Knight's Matt Haggman (pictured above), he said the conference will be held in the spring, likely late March or April. He is also raising a new fund.

The gathering on Key Biscayne of mainly investors and entrepreneurs Sunday night heard McClure say 500 Startups started in 2010 and now has actually invested in 950 companies, included 250 outside US, including LatAm, and some Miami investments, including Senzari.

McClure said one the ideas 500 Startups is has been kicking around is the possibility of a regional vehicle or 500 Startups presence of some kind based in Miami. "I think of Miami as an emerging market center," he said.

Lightning talks followed with a few key messages for the audience.

From Martin Varsavsky, CEO of Fon and parttime Miami Beach resident: Magic Leap's phenomenal $542 million raise has put Miami on the Series A map. Citing similarities in building companies in Madrid, where he started  Fon and other companies, and Miami, his advice to startups: Don't compete with a company that is doing the same thing in Silicon Valley because it will kick your ass. ... Do things that are different.... Silicon Valley has the microphone .. but if you have something that is different you will have a chance.

Andres Moreno of Open English and Next University: The density of investors and talent is not the same here, but what you will find here is a committed community you will not find other places and a great place to build a team ...  Key is to pull in more investors into tech that are not in the tech world.

Peter Kellner of Richmond Global Ventures and Endeavor, where he is co-founder and has helped launch many of the country affiliates: "The commitment we have experienced in Miami I have not seen anywhere else... and makes me believe this is absolutely sustainable. There are amazing people in Miami."

Juan Pablo Cappello, lawyer and local angel:  Get in your cars -- there are great things going on in Broward and Palm Beach too, citing Thesis Ventures as one example. ... "We need to collaborate together and that makes the South Florida experience very powerful."

Juan Diego Calle, of Straat and founder of .CO Internet: Focus on standardization and processes. The valley has this down -- more education is needed here on capital raising, term sheet standardization, etc. 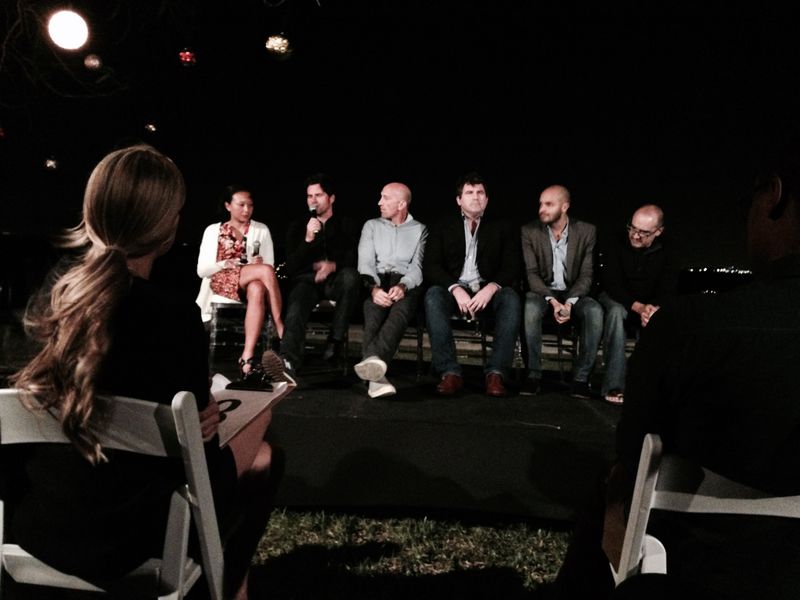