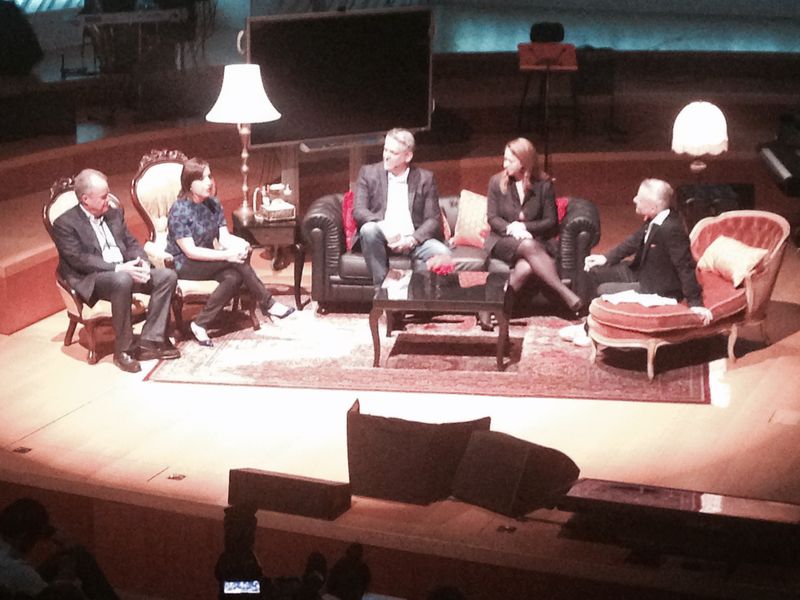 The next time you are stuck in traffic or circling for a parking place, think about this: In the United States, we spend 50 billion hours driving every year, equivalent to 8 percent of our GDP in lost productivity.

But the good news is that a driverless car revolution is on the very near horizon, futurist Brad Templeton told about 700 people at New World Symphony Center gathered for Sime MIA tech conference on Tuesday: “This is something that could change the world.”

Think about a world with mobility on demand, said Templeton, who teaches at Singularity University, a research institute, lab and accelerator in Mountain View, Calif. “You can summon a driverless vehicle to come to you, complete with a pleasant work environment to make your time productive. And this will work with what we have — no new infrastructure needed,” he said. Those robot cars not only drive and deliver themselves to you: They also park themselves, or rather “stand by,” making vast parking lots obsolete. And if you can have whatever you need delivered by a robot car in 30 minutes, think about the implications for retailers.

While some of this vision will take a while longer to accomplish, Templeton thinks that driverless cars will be readily available by 2020. Already, carmakers are putting all kinds of driverless features into vehicles. Among them: lane changing warnings, pedestrian detection, and automatic braking when you get too close. Policymakers are coming on board, too; Florida was the second state to legalize driverless cars, Templeton said.

Robot cars were one of the many innovations in the making that were discussed during this week’s three-day conference, which concludes Wednesday. Speakers addressed how technology is changing the industries of media, music, film and healthcare. Connected devices, robotics, big data, 3D printing and other trends driving this era of unprecedented exponential tech growth were recurring themes. “There are going to be 50 billion connected devices by 2020. Everything that can have a chip will have a chip,” said Ola Ahlvarsson, who co-founded Sime MIA with Demian Bellumio and emceed the conference. Including somewhere in your anatomy: “The next frontier is the Internet of the body.” 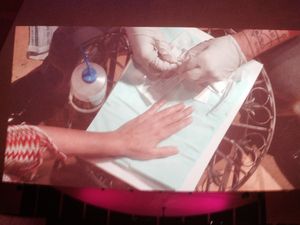 Indeed, wearable technology goes way beyond Fitbits and Google Glass. How about jewelry that augments your hearing, for example, or warns you that you’ve been in the sun too long? But Hannes Sjöblad‏ of BioNyfiken biohacker association believes we’ll be laughing at wearables in a few years: The technology will be implanted instead. Already, “we have implant parties,” he said as one very brave volunteer got a chip embedded as part of a discussion on “biohacking.” (That’s probably a first for the New World stage.)

Technology’s role in political discourse and demonstrations was also a theme. Oslo Freedom Forum brought Suleman Bakhit, a Jordanian whose goal is to hack the brains of young people in the Middle East against extremism and dictatorship. His weapon of choice: comic books and video games. After he was attacked after 9/11 because he was Arabic, he started a comic book company: “There is a huge appetite in the Middle East for heroes that can inspire the youth.”

Although government censorship kept him from publishing some stories, he continues to publish, and many tales include female heroes. An attack by extremists wielding razor blades gave him even more motivation to continue. His company, Hero Factor, is dedicated to promoting heroism as an antidote to extremism: “If you don’t believe in heroes, you will never find them, not even in yourself.”

The Freedom Forum also brought Yeonmi Park, who defected from North Korea in 2009, and talked about how a black market version of the movie Titanic, and the book Animal Farm, changed her life.

“When I was growing up in North Korea, there were no love stories,” she said. When as a teen she saw Titanic, she wondered if the actors and directors would be killed for making that kind of movie: “Titanic made me realize that North Koreans have never heard about freedom or human rights — they are slaves.” Later she read Animal Farm, and it “set me free from the brainwashing.” She has worked with technologists and entrepreneurs in Silicon Valley — and appealed to the tech firepower at Sime MIA Tuesday afternoon — to come up with ways to get more books, movies and media into the country.

Adriana Lopez Vermut shared the story of her brother, Leopoldo Lopez, a Venezuelan opposition leader. The power of one tweet with one video mobilized nearly one million people to peacefully protest, she said. And the power of a citizen video proved that her brother and his peaceful protest were not responsible for the killings of two protesters blocks away, although he remains jailed as a political prisoner.

Along with discussions on the jiu-jitsu martial arts philosophy and what you can learn about business on the mat, boosting productivity by slowing down, and unleashing your inner-photographer, serial entrepreneurs in a variety of industries talked about ways to foster innovation in big companies and small and grow entrepreneurial communities. The Knight Foundation’s Miami program director, Matt Haggman, gave a few details on a new competition that the Knight Foundation is working on with Singularity University: He said details are still being worked out, but the idea is a Global Impact Competition will be for big ideas that can positively impact a million people in South Florida. Local winners will spend the summer in Singularity’s program in order to build on the idea with the goal of positively impacting a billion people someday. 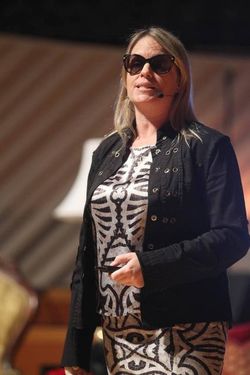 There was plenty of inspiring talk, but some scary stuff, too. “The NSA is a tip of the iceberg. Everyone is spying on us. There are thousands and thousands of data brokers making money on you,” said Nico Sell of Wickr (pictured here), who boycotts Facebook for personal conversations. “Even worse is Skype; have you read their privacy policy? The system is out of control.”

Sell’s advice for taking control of your digital soul: Hide your home address; cover cameras and mics on all your devices. And if you think your birth date, birth location or home address may already be out there, put wrong information out there so the right stuff is harder to find. “Encryption is not a crime: It is a human right. It’s your duty to encrypt. There are easy ways to do it now, and it gives power to the people.”

Sime MIA officially opened on Monday afternoon with a smaller crowd and intimate conversations that were more local in nature. There were talks about VC trends, Latin America’s venture community and Rokk3r Labs’ cobuilding strategy, in which Rokk3r works alongside its portfolio startups on everything from team-building and development to marketing and capital raising. “This is the age of the collective genius,” said Nabyl Charania, CEO and co-founder of Rokk3r Labs.

Called “The Gathering,” the half-day grouping of talks held at the LAB Miami and LightBox next door also included a showcase of local startups — Videoo, LiveNinja, Accredify, AdMobilize and Everypost.

Sime MIA also hosted a half-day invitation-only program to facilitate discussions about investing in venture-backed startups for the community of high net-worth individuals and family offices. Sime MIA hosted the workshop for The Latin American Private Equity & Venture Capital Association (LAVCA), in partnership with Knight Foundation and Omidyar Network, and it was part of the community’s education efforts aimed at helping to boost venture investing in South Florida.

Sime MIA continues Wednesday with a focus on Miami’s Latin America connection. A Wayra Latam Showcase will offer the chance to meet entrepreneurs who are driving the culture of growth and innovation in Latin America. Some of the companies that are part of Wayra, an accelerator and innovation platform started by Telefónica Group, will pitch to an audience of U.S. and regional investors and the corporate community. Sime MIA is also partnering with Citi on its free Citi Fintech Meetup at 6:30 p.m. at The LAB Miami. 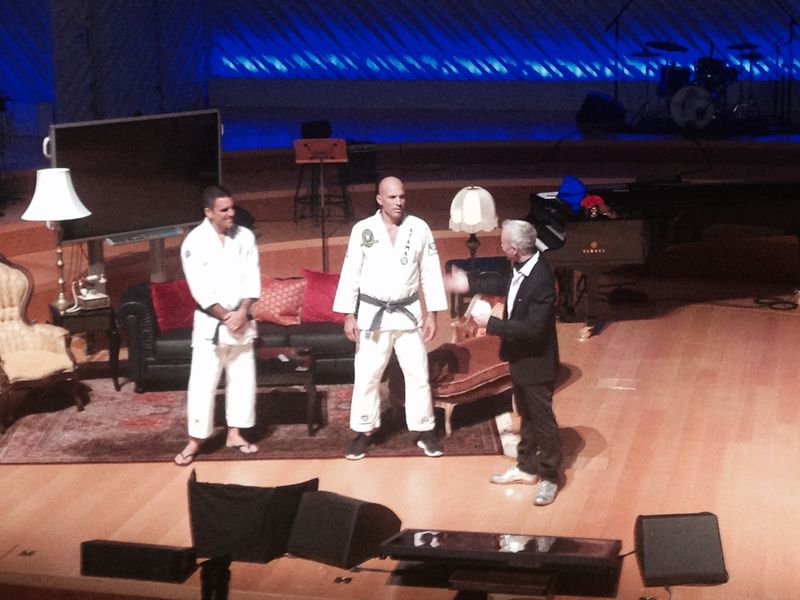