Miami Bitcoin Hackathon: And the winners were...

Doug Carrillo, Andrew Barnard, Peter Nova and the other organizers behind the  first Miami Bitcoin Hackathon said they didn't know quite what kind of turnout to expect  last weekend at The LAB Miami. But the turnout --  100 programmers and another 70  observers -- showed there is a lot of pent-up curiosity for the emerging digital currency.

"It's a great enabler that anyone can build on," Carrillo said of the bitcoin technology. "We haven't seen the mainstream use cases for the bitcoin yet, we're seeing the early adapters, but it's still early.... We need to stop thinking of it as a get-rich quick scheme. In Latin America particularly, it offers a great opportunity ... an alternative."

The hackers were challenged with coming up with solutions --  in just 28 hours -- that could help propel acceptance of the bitcoin. After short pitches either live or via video on Saturday morning, about 20 teams formed. Some of the hacks produced last weekend included bitcoin marketplaces, music-related platforms, solutions for smart contracts, gaming, even one for making sure your bitcoin lives on according to your wishes after you die.

The top three winners received $10,000, $3,500 and $1,000, respectively, in bitcoin of course, as well as other sponsor prizes. Read more about the hackathon here: www.miamibitcoinhackathon.com

And the winners were ... 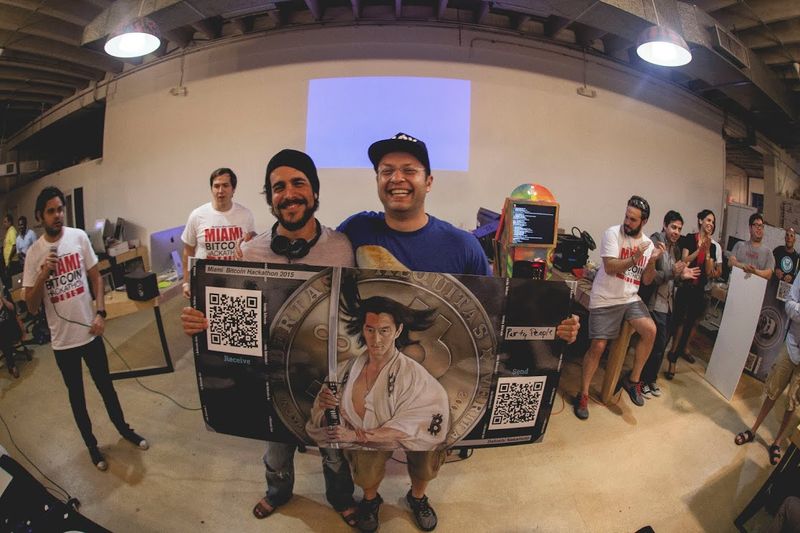 OPIDoki is an "oracle programming interface" that can be used to broadcast the results of something (such as who won a football game) and feed it into the Bitcoin blockchain for use in resolving bets and contracts.
http://www.opidoki.com/
*** 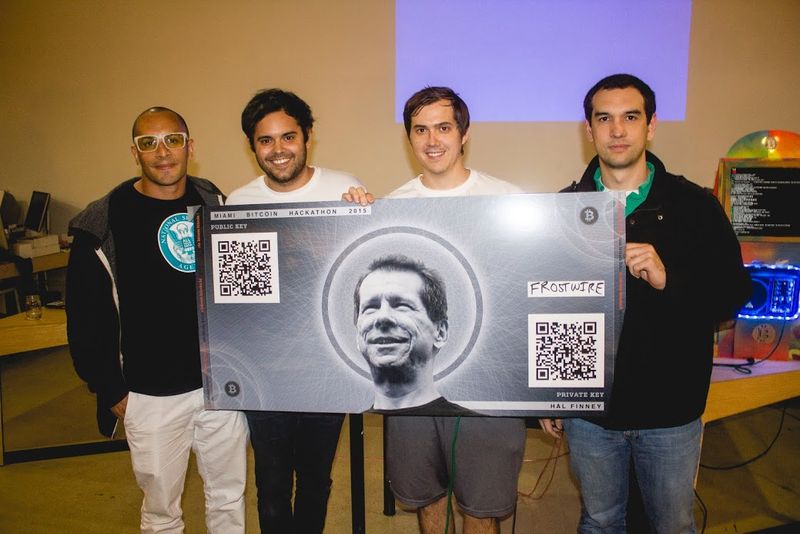 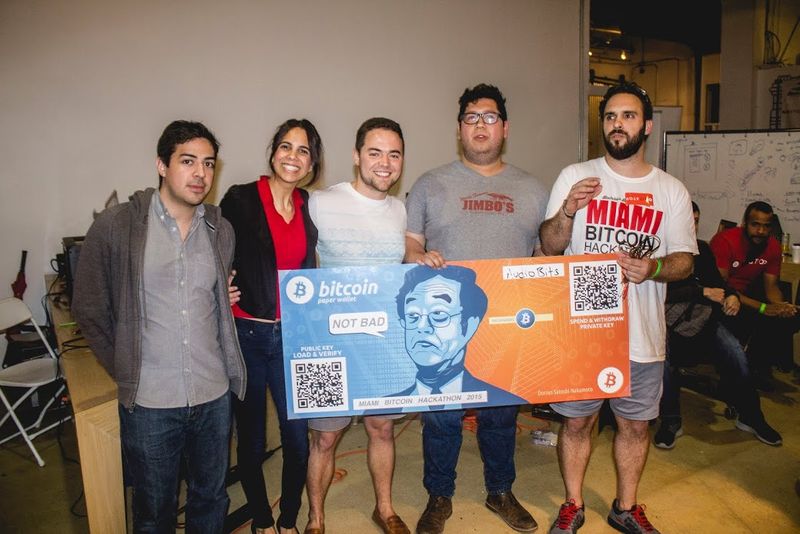 Third Place
Team "AudioBits"
Project: BitJuke
By Xavier Banegas, Alina Lebron, Nelson Milian, Willie Avendano & Derek Miller
"BitJuke" is a bitcoin-enabled jukebox through which people can find songs, purchase them through their preferred Bitcoin wallet and donate to a charity which the business can selects nightly.
Congratulations to all the winners!
**
Hackathon enthusiasts meet this weekend for the North American Bitcoin Conference on Miami Beach. More information here: btcmiami.com
Posted Jan. 15, 2014