500 Startups' Bedy Yang: What not to miss at PreMoney Miami 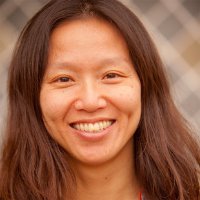 Bedy Yang is no stranger to Miami -- she’s almost a regular.

The managing partner of the Silicon Valley venture firm and accelerator 500 Startups has spoken at a number of events and conferences here in recent years, and passes through often in her travels to Latin America, where she focuses her investment work.

But by taking part in curating an upcoming 500 Startups PreMoney conference that will be in Miami next week, she said she has gotten to know Miami and its players in the startup community more as an insider.

“When we looked at the portion [of the event] focusing on momentum in Miami, … there are easy ways for us to show that, such as what are some of the world’s greatest entrepreneurs and investors who are from somewhere else who are coming to Miami. That was a part that was easy for us to find,” said Yang. “And our relationship with Knight has been really great.”

500 Startups says PreMoney is a one-day conference covering the most disruptive strategies, models and technologies for the future of venture capital. It aims to feature forward-thinking investors and provide attendees with insights and tactics for building successful, scalable venture portfolios. The Knight Foundation kicked in $100,000 to help bring the event to Miami, the first time it has been outside Silicon Valley, and it will be held March 20 at the Epic.

500 Startups invites accredited and active investors to apply to attend the inaugural, invite-only PreMoney event; it is expecting 250-300 at the conference. Featuring leading venture capitalists, angel investors and entrepreneurs, the conference will include tracks focused on the outlook for venture capital, global investing and how-to sessions on venture investing.

Not to be missed, Yang said: A roundtable discussion in the early afternoon that will drill down on the key points raised during the morning tracks on venture outlook, going global and VC 101, a how-to track added for Miami’s conference.

In addition,  Latin America and Miami's connection to the region will be explored in the conference, of course, with a track of its own and speakers such as Christian Hernandez Gallardo, founder and managing partner, White Star Capital; Alexandre Hohagen, VP of Latin America, Facebook, and based in Miami, and Allen Taylor, VP of Endeavor Global. “What I hear a lot from founders in Latin America is that Miami … is a really good base for them to have in the U.S.,” said Yang.

The program will end with a series of “Why I Moved to Miami” talks by angel investor Mark Kingdom, Patrick McKenna of High Ridge and David Koretz of Plum. “We want to create the dynamic of bringing really great speakers from within the region as well as from outside,” she said.

Yang said she has seen momentum in Miami, and that creating a strong investor network is key to building a hub for innovation, a mission of the PreMoney conference. She also said as she has been speaking to more investors in Miami recently, she has noticed that there are lots of traditional investment events, such as for real estate. “But how do you get those traditional investors to begin to look into tech? I think the conversations going on will accelerate the speed we will start to see overlap,” she said.

500 Startups has about $125 million in assets under management, and has invested in about 950 companies worldwide since its inception in 2010. At a gathering on Key Biscayne of investors and entrepreneurs earlier this year to announce the event, McClure said 250 of the 950 investments are outside the U.S., with about 100 of those in Latin America. One of the ideas 500 Startups has been kicking around is the possibility of a regional vehicle or 500 Startups presence of some kind based in Miami. "I think of Miami as an emerging market center," McClure said then. 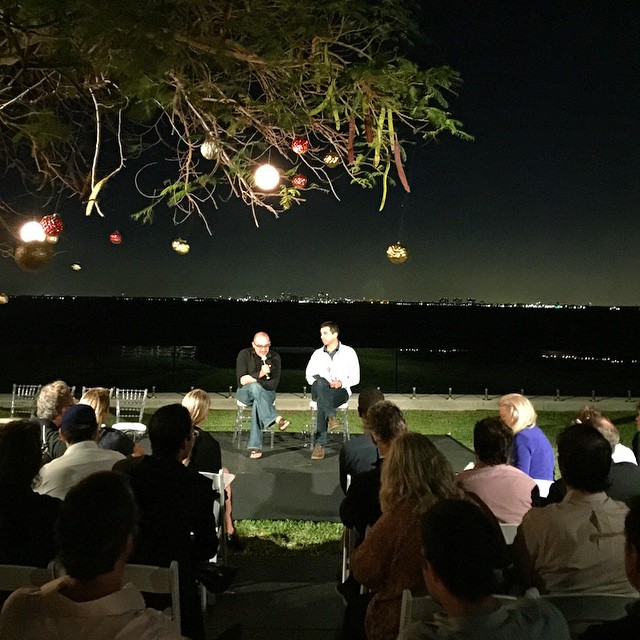 Dave McClure and Matt Haggman discuss startup investing and the upcoming PreMoney conference at a gathering of entrepreneurs and investors in January (Photo by Juan Carlos). See related story here.