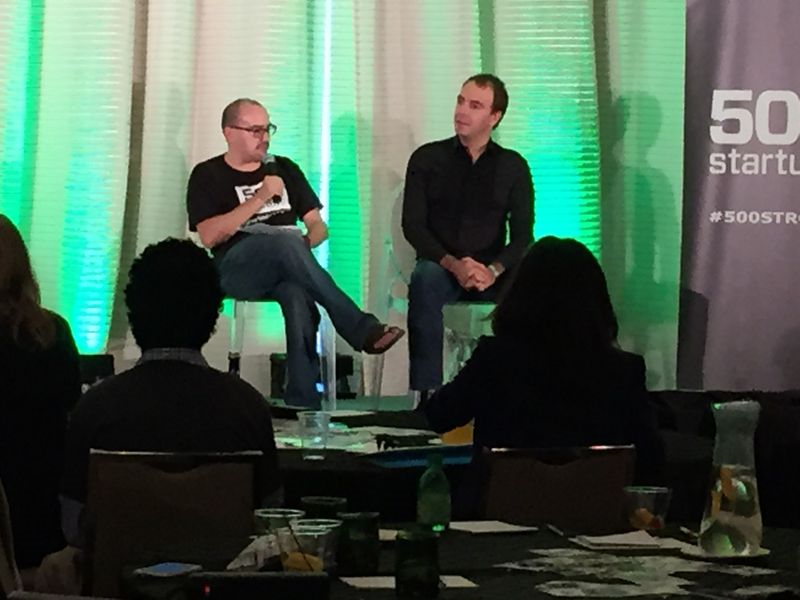 The secret to building a healthy ecosystem, according to Dave McClure: Write checks.

Of course there is a little more to it, he said, but it’s really key, particularly at the seed stage level -- $100K to $2 million check sizes, the founding partner of venture fund and accelerator 500 Startups told attendees on Friday at the Epic, where 500 Startups held its first PreMoney conference outside Silicon Valley.

“The opportunities here are huge. Right now you are sitting on your money and putting it all in real estate," McClure said. "Some of the best entrepreneurs are right under your noses. They won’t stick around if you don’t write checks. … It’s really that simple.” 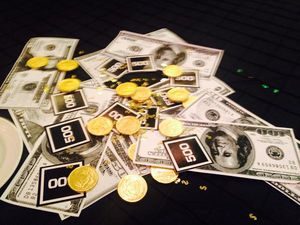 Several hundred accredited investors and others attended the all-day PreMoney Miami conference, sponsored by the Knight Foundation and others, to network and hear a variety of speakers from Silicon Valley and other regions –- including Christine Herron of Intel Capital,  Ash Fontana of AngelList and Thomas Korte of AngelPad. But some of it also focused on Miami. You can see slideshares of many of the presentations here: http://www.slideshare.net/500startups/. Videos will be posted on PreMoneyMiami.co soon, McClure said.

Christian Hernandez Gallardo, founder and managing partner of White Star Capital, talked about ecosystem building around the world and even blogged about it. The secret, he says, is starting with “a healthy supply and access to technical talent. If ‘software is eating the world’ you need founders and team members who can build said software,” he said. To become an ecosystem, that base of talent needs the right building blocks, including culture and role models, accelerators and incubators, seed funding and advisors, and growth stage capital. “And the final (and one could argue most critical piece) of healthy ecosystems is a vibrant and active path to exits.”

Building that ecosystem will take time, he said, but in the meantime Miami is already attracting new talent.

David Koretz of Plum said when he told VCs he was moving from the Valley to Miami, he got comments like “you are halving your odds of success by moving there” and “you are moving from the major leagues to a farm team” -- “It wasn’t a positive reception,” he said.

Beyond the  tax advantages, he chose Miami for quality of life and lower burn rates. “In Miami, capital goes twice as far if not three times as far.” But also, he said, the culture wants you to win.

“I moved here in January, got introduced to almost everyone in the first few weeks, these are things that don’t happen in the Valley,” he said.

Not that everything is perfect. His view: "There are a lot of people playing VC. It’s not that hard to get $100K in Miami, in my opinion, but expansion capital doesn’t exist here. A lot of businesses are going to die in that gulch.”

Angel investor Mark Kingdon, whose third investment was Twitter, moved here last April from New York. The former CEO of Second Life and other companies invests in ecommerce and social media  and has already made two South Florida investments: Sktchy and Everypost.

He rattles off the advantages: Weather, yes, we have to say that. It’s a gateway market. The immigrant energy here is invigorating. There is startup capital here. Rent and office space is half. You can get incredible developer talent for less.  Developer salaries are just about half of major markets -- It’s hard to recruit loyal employees in the Valley.

“And I love the deal flow I have seen here; it’s much more than I expected,” said Kingdon, who said four of his last five investments were not from the Valley or New York.

He agreed with Koretz about the welcoming community. "I think that is important because we need to recruit more entrepreneurs to the market, it is a numbers game.”

As to challenges: “I think the winning companies are underfunded, there may be too many checks written -- a lot of companies are getting a little bit of money, and it is not being consolidated around the winners.”

He said he was looking for a world class city with a highly connected airport in the eastern time zone with interesting people and a progressive culture. Miami ticked all the boxes. “What surprised me is there is so much more,” said McKenna, who already invested in his first Miami company Home61. “And I wasn’t particularly focused in Latin America, but I have found great opportunities.”

Opportunities in LatAm and other areas of the world was also a focus of the conference.

“The reason we are bullish about emerging markets is because we think it is an easier bet. There are really not that many people paying attention to it,” said McClure, whose 500 Startups really has invested in about 1,000 startups, not only in the Valley but in Latin America (100-plus), India, China, Taiwan, Middle East and the UK.

“Exits and available capital have been challenges, but we want to be first in,” said McClure. "We are starting to see very big companies coming out of unusual places like Nigeria, like Pakistan, like Thailand. We are seeing respected investors like Sequoia making $100 million investments or more in emerging markets," said McClure, whose 500 Startups is  raising its third fund. "This is new."

Globally and in the U.S., angel investor Fabrice Grinda, co-founder and CEO of OLX, has a track record of picking winners. He’s made 182 investments, 22 of them this year. They include both seed stage and late stage deals and he’s had 56 exits so far, 30 of them in the money. He invests in categories that he understands, particularly marketplaces. Dropbox, Airbnb and Alibaba are just a few. “Do I like the market, the team, deal terms, do I like the business? Based on those four criteria within an hour, I know.”

And of course there was some bubble talk.

Scott Kupor, partner and COO of Andreessen Horowitz, and Mark Suster, partner of Upfront Ventures, who spoke via Skype and Meerkat, both made cases with a series of charts. Suster made the points that there are 50 times more Internet users today than in 1995,  Internet speeds are 180 times faster and smartphone and social media adoption rates continue to soar, enabling companies that work to grow faster than anytime in human history. All of this has essentially created a new VC landscape, Suster said.

Kupor believes the market is still at healthy levels. For example, the 49 IPOs in 2014 that raised eyebrows? That has been the median the last 35 years. And companies are staying private longer; the companies going public are at $100 million in revenues, rather than $10 million like during the dotcom bubble.

That is one of the biggest sea changes in the last 24 months, he said -- companies are staying private longer so they are far more mature when they do go public. Another: mutual funds, hedge funds, private equity are coming into the venture market. He is also seeing more money coming into the enterprise side and into “full-stack startups” that control the entire customer experience, such as Airbnb and Lyft.

For now, Kupor doesn’t see a bubble.  “If we get a correction, I believe it will be a global market correction, not a tech event…. Tech is still, from an overall perspective, well valued.”