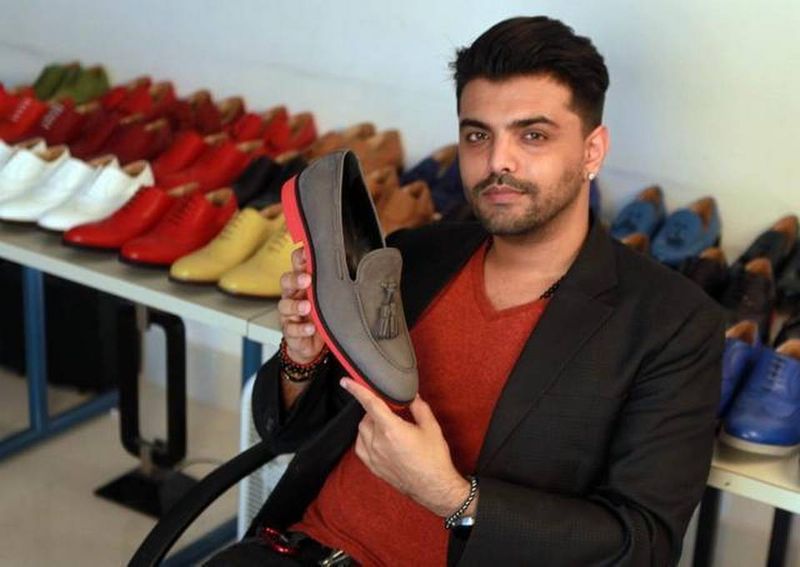 Kabeer Arora is the designer and owner of Kabaccha Shoes in Miami. He holds an Italian-made grey and red loafer, one of the styles currently offered on his highly successful Kickstarter campaign. PETER ANDREW BOSCH MIAMI HERALD STAFF

Tired of men’s shoes in boring brown, Kabeer Arora set out to create soles with soul.

Arora’s father and grandfather were shoemakers, and he grew up in their factories in India. To carry on the family tradition — but with a modern twist — he designed and created a line of men’s dress shoes that go well beyond the basic brown and black. His Kabaccha Italian leather wingtips and loafers come in colors like light gray, blue and green. Even the more classic brown and black styles carry a Kabaccha signature throughout the line: colorful soles, including red, light blue and purple.

After his training in the trenches, Arora, 27, studied footwear design in London and Milan. In 2007, he moved to Miami and about a year ago began creating his line. Fast forward to now, and his small Miami office (and makeshift photo studio) is awash in Italian-made sample shoes of various color combinations — styles he hopes will retail for $200 to $250 a pair. “Why don’t men have colorful shoes?” he asked, holding up a royal blue pair of loafers. “These complete the look.”

Ready, set, go to market? Like thousands of entrepreneurs with products, Arora turned to Kickstarter, the most-popular crowd-funding platform hosting donation campaigns, to fund his first production run. But Arora has done what 61 percent of Kickstarter crowdfunding campaigns do not: Reach goal. And he did it in one day.

Arora originally set out to raise $25,000, the minimum amount he says he needed to reserve a manufacturer. With Kickstarter.com campaigns, the projects need to make their goals in order to obtain funds. No problem there. He's already attracted more than 10 times that. His campaign’s total late Thursday afternoon: about $270,000 from more than 1,000 backers -- with  a week still to go. That’s a Kickstarter record for shoes.

Donations at various price levels entitle backers to shoes of their choice. For early birds, $150 got them a pair of their choice, now it is $180. He’s got eight backers at $1,350 or more, entitling them to nine pairs of shoes.

Arora’s secret to crowd-funding success: “Start with a disruptive product, something very different than what is out there.” It also helps that his product is very visual, and judging by the 200+ comments on the campaign page, people are very passionate about their footwear. 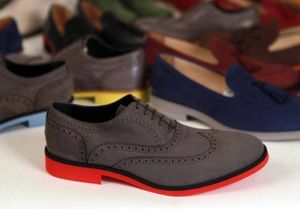 Another tip: Do lots of pre-campaign research. Before launching the campaign, Arora reached out to founders of other Kickstarter success stories for advice and read academic research on crowd-funding strategies. In choosing the 18 original shoes he wanted to feature on Kickstarter (he has since added a few more), he tested his prototype shoes out on Instagram, posting one pair at a time, and seeing what got the most “likes” (the gray suede wingtip with the red sole is a crowd favorite).

Once the Kabaccha campaign kicked off Feb. 2, Arora was responding to questions and comments from his funders and fans 24/7, taking cat naps on the couch in his studio. It helped, too, that his campaign was deemed a “Kickstarter Staff Pick” early on.

But would people wonder if the shoes are as nice in real life as they look in the photos and video? And are the lightweight shoes really comfortable? Early on in the campaign, Arora asked some of his local backers to come in and try on the shoes, and their testimonials are now featured on the campaign page. Arora also has been keeping it fresh with new offers. At certain funding levels, new styles or color combinations were “unlocked” and this week he says he will give each backer a pair of colorful laces, their choice of color.

As soon as the campaign ends March 14th, Arora says he will be on the first plane to Italy, where he will be overseeing production, 1,500 pairs of shoes and counting. While he won’t make money on the Kickstarter production run, he says it’s worth it.

“This gives me an initial base of passionate customers — they will be the ones cheering for me,” Arora says. “My strategy is to make my first wave of customers so happy that that will resonate and in the next wave, that’s when I will see results.”