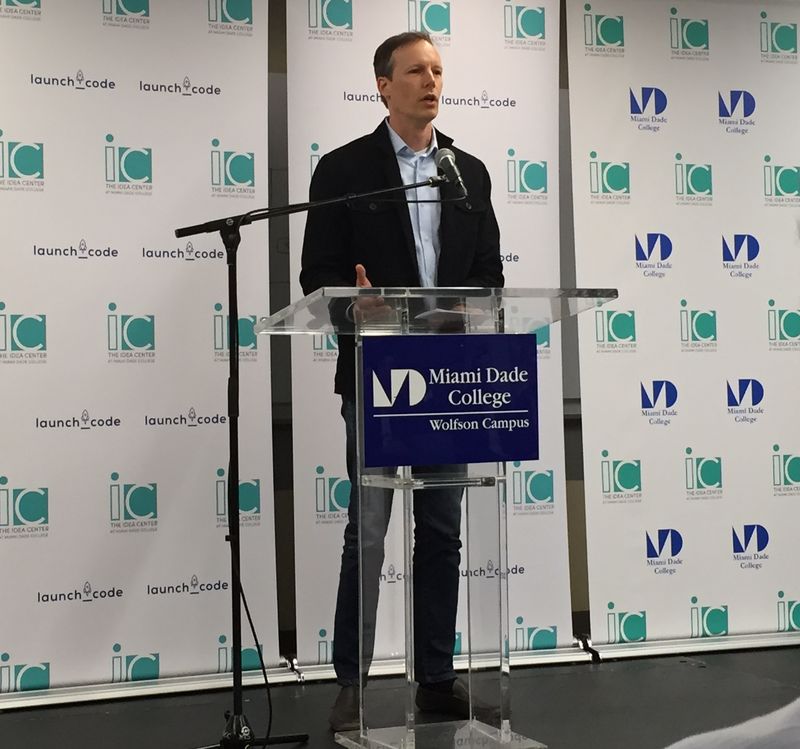 LaunchCode, a tech-employment nonprofit, aims to attack the tech-talent gap by matching candidates with short-term apprenticeships at partnering companies -- 102 South Florida companies and counting (see photo below). In an event at the Idea Center at Miami Dade College on Wednesday attended by several hundred people, LaunchCode founder Jim McKelvey said  the organization is now ready to take applications. Candidates can apply at launchcode.org/apply.

LaunchCode tests all candidates, and if they already have the skills, LaunchCode can place them tomorrow in positions that are the right fit for them, McKelvey said. No degree? No experience? No problem. If they don't have the skills, LaunchCode will suggest training options, such as  coding bootcamps IronHack and Wyncode or free  online classes. The Idea Center, Miami Dade College's entrepreneurship hub, launched its first LaunchCode training class Tuesday; a group of about 100 students are taking a free 19-weeklong introductory programming course taught by Harvard University. The online training is supplemented by in-person help from the Idea Center. After training, many of the students could be ready for apprenticeships.

The past couple of months has been all about onboarding companies, and now the real work begins -- making great matches and expanding the talent pipeline. "It's what we do," said McKelvey, who co-founded Square and now lives in South Florida. Typically, the apprentices are hired full-time after the one- to three-month apprenticeships because they have been matched appropriately, he said.

At the event, Miami-Dade County Mayor Carlos Gimenez shared the stage with other speakers including McKelvey; Matt Haggman, Miami program director for the John S. and James L. Knight Foundation, which provided major support to bring LaunchCode to Miami and establish The Idea Center; Leandro Finol, executive director of the Idea Center, a key partner for LaunchCode and where LaunchCode is based; and Jorge Plasencia, an early LaunchCode supporter and  CEO of República. Both The Idea Center and LaunchCode are Knight Foundation grantees. “Miami-Dade County has committed to hiring LaunchCode apprentices for our IT department and I encourage all South Florida companies to consider this innovative program,” the mayor said. 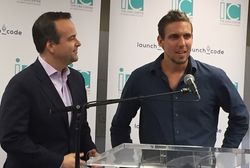 Digital and advertising agency República hired Nate Beers, a recently trained web developer who formerly was a professional poker player.  Wanting to make a career change, Beers took a coding bootcamp in San Francisco and then applied to LaunchCode. Now he is helping to create websites for Republica clients. “Nate has been doing great work and we look forward to bringing on more LaunchCoders in the future,” said Plasencia. 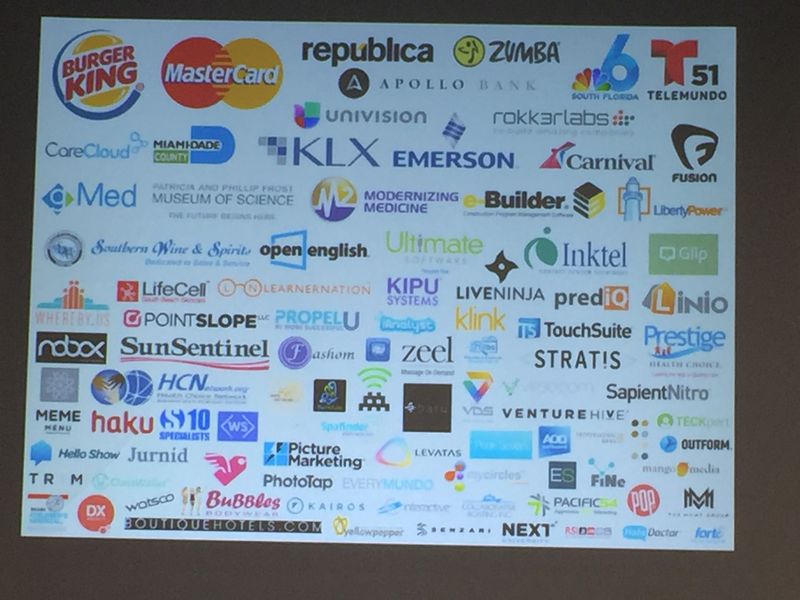