The undisclosed investment, caps $20 million in Series D funding secured by Boca Raton-based Modernizing Medicine, raising its overall funding total to $49 million. The first $15 million in the latest round, which included Summit Partners and Pentland Group,  has already been announced. This is the latest direct investment that IBM has made through its $100 million fund to seed innovations using  Watson, the super computer that famously beat the humans on Jeopardy! Last year, IBM announced a $1 billion program to bring Watson into healthcare and other industries.

"Today's announcement is an exciting milestone in our journey to deliver specialty-specific solutions to healthcare providers, including an entirely new class of cognitive-infused patient care apps powered by Watson," said Daniel Cane, co-founder and CEO of Modernizing Medicine, in a news release, noting its partnership with IBM that began last spring.

Modernizing Medicine will use the funding to accelerate market expansion in eight medical specialties, as well as enhance its products.  This includes further development of schEMA, the company's mobile app accessed through EMA that leverages the cognitive computing power of Watson to give physicians rapid clinical decision support at the point of care.

schEMA  does this by analyzing massive amounts of published, peer-reviewed medical data and healthcare research. “Watson gets incredibly good at conversational style questions and answers. So when our dermatologist asked about a certain treatment, ...Watson can say here is the answer and here’s the journal it came from and here’s the citations and with one touch on the iPad, it can all be cited in the patient’s record,” said Cane in an interview last year.

schEMA is in beta testing now and the company will be looking for other beta clients at the American Academy of Dermatology Annual Meeting this week, said Cane on Thursday. schEMA will be available for general availability to EMA Dermatology clients later this year, he added.

The fast-growing Modernizing Medicine, based at the Research Park at FAU, now has 258 employees  and plans to add about 100 new positions within the next 18 months, the company said.

"Modernizing Medicine is a great example of the breakthrough innovation we have seen from our partners who are building a new class of cognitive computing solutions powered by Watson," said Stephen Gold, vice president of IBM Watson.  "IBM's investment will help speed the introduction of their schEMA app and demonstrates how Watson can be used by medical professionals to improve how they practice evidence-based medicine." 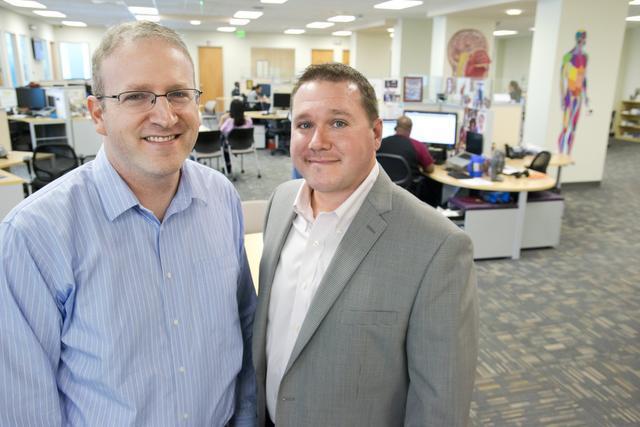