All eyes on Miami as the next global tech frontier 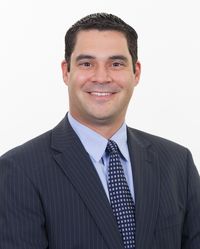 All eyes will be on Miami as more than 10,000 entrepreneurs descend on our city to take part in the global tech conference, eMerge Americas, beginning this weekend.  Now in its second year, it is a stark reminder of Miami’s continued maturation as a global city – one that is no longer simply a place where the affluent come to play – but rather a true urban metropolis where real money is being put to work in the form of new business ventures, new development and new ideas.

Rather than look to compete with more established cities like New York and San Francisco, Miami is leveraging its proximity to Latin America, relatively low barrier to entry, influx of young millennials and thriving urban core to set itself apart for startups looking to break into global markets.

Miami's diverse culture and close proximity to Latin American has always been a major draw for Latin American entrepreneurs.  With a market that is still virtually untapped, Miami is positioned to be the hub of Latin America.   Creating the ecosystem for Miami as a major tech hub requires not only the entrepreneurs, but also a place for them to connect and foster relationships.  For those entrepreneurs to stay and grow their businesses we need to have accelerators and incubators in place.  And we also need links to a vigorous network of available capital funds.

In the last 18 months, Miami has established and cemented many of the key components critical to creating a healthy tech ecosystem.  These include the formation of collaborative workspaces such as Pipeline; entrepreneurship incubators such as Endeavor Miami and Venture Hive; and venture capital firms such as Richmond Global, XP Securities and Scout Ventures that have relocated and expanded into Miami to tap into our growing technology sector.

These venture capital firms and hedge funds see Miami for its potential as much as for its existing opportunities.  While Miami's tech scene continues to warm up, it benefits from being far less competitive than Silicon Valley and other major tech hubs.  This lower barrier of entry is a major draw for those firms looking to expand to the next major market.  In addition, Miami has many high-net-worth individuals who want to invest and diversify their investments.  Up until now, many of these individuals have not had the opportunity to invest locally in these funds but with new ideas have come new opportunities. In fact, according to VentureSource, venture capital investment in Miami companies jumped more than 260% from 2010 to 2013.

With the right ecosystem in place, the sky is really the limit for what Miami as a promising tech hub.  We have only seen a small glimpse of what is in store and can expect the next few years to be marked by sustained progression as the public and private sectors continue placing high priority on expanding and diversifying Miami’s economy in this regard.  While Miami will likely always be known for its surf, sand and sun, it will also grow in relevance as a global hub for technology, innovation and investment.

Javier Avino is a partner at Miami-based Bilzin Sumberg.