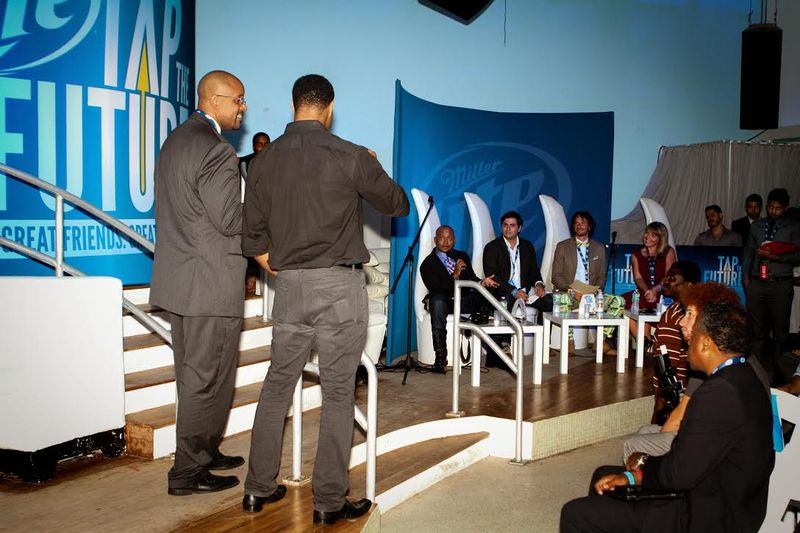 A contestant pitches during last year's Tap the Future event at Nikki Beach.

Miller Lite is returning to Miami with Miller Lite Tap the Future, a national business competition for entrepreneurs to compete for $200,000 and a chance to receive feedback from Daymond John from ABC's "Shark Tank."

Five semifinalists will be selected to pitch live in The 305 in front of a live audience in July.

Entrepreneurs interested in participating should apply before April 10 at MLTaptheFuture.com.

“Miller Lite Tap the Future is the ultimate competition for entrepreneurs who want to be recognized and rewarded for following their true passion,” said John. “I encourage all entrepreneurs to apply for a chance to get their original idea out there and receive advice on how to take it to the next level.”

In its two-year run, Tap the Future has garnered more than 4,000 entries and has awarded $700,000 in funding. The most recent grand prize winners are a group of former fraternity brothers that founded Bellhops, a national moving service that utilizes college students to facilitate residential moves at an affordable cost. Other program winners include Notre Dame alums Sean O’Brien and Evan Wray of Swyft Media, a sticker and emoji company that mobile messaging apps, such as Viber, Kik, Tango and Paltalk, can utilize as part of their services. Poised for success, the company was recently acquired for $27 million just one year after winning the grand prize.