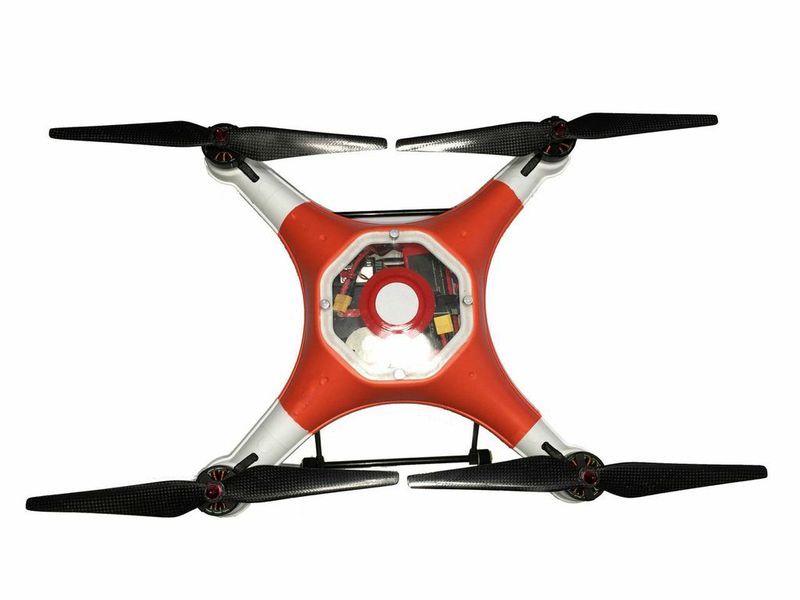 A Coral Springs company’s water-loving drone has made a crowd-funding splash with fans on Kickstarter. With about six days still to go on Thursday,Urban Drones has raised more than $218,000 for its new product — and surpassed its original fund-raising goal by $200,000.

Called the Splash Drone, the waterproof quad copter is capable of landing and floating on water and can help boaters in distress. It would also appeal to outdoorsy types who use a GoPro camera to capture their adventures, said Alex Rodriguez, CEO and co-founder of Urban Drones (shown here), who has been developing and designing drones since 2007, before most people knew what a drone was. This drone is for hobbyists, as Federal Aviation Administration rules for now limit commercial drone use.

While there are plenty of companies that develop and manufacture drones, few focus on waterproof drones, said Ryan Perez, co-founder in charge of marketing for the company, which has four employees plus contract labor. “Given our location and proximity to the water, this niche seemed like a natural fit. Thus the idea of the Splash Drone was born,” Perez said.

The Splash Drone will have an emergency flare mounted on the drone and it can hover and follow a boater in distress for 15 minutes, the co-founders said. It can drop a life preserver to a swimmer in distress, and the drone operator can be up to a half mile away. The Splash Drone will also feature a waterproof camera stabilization gimbal, a live video feed directly from the GoPro, and the Splash Drone can be flown from a phone, said Rodriguez, who has been building drones since 2007. Discovery Channel this week featured a live demo of the drone in action.

Urban Drones partnered with a Chinese manufacturer and took its concept for its “Splash Drone” directly to the public through Kickstarter, a global crowd-funding platform. Through Kickstarter, backers — 226 so far — pledge funds and are promised gifts in return for various pledge levels, such as a T-shirt at the $25 level or a ready-to-fly Splash Drone at $799. Want more bells and whistles and a flying lesson, too? That’s $1,999. At least four backers do. The campaign will end at 11:42 a.m. April 8, and then the real work begins: Getting the drones manufactured and into fans’ hands.

“The Splash Drone is the first iteration of a range of waterproof drones we will bring to market over the course of the next 18 months,” said Perez. “Our goal is to expand the use and capabilities of drones.”