Code for Miami invites you to #HackforChange on Saturday

Code for Miami's #HackforChange event is coming Saturday, June 6, to The LAB Miami.

The event is set to coincide with National Day of Civic Hacking, a nationwide event aimed toward improving our communities and our governments.

The event will have data and hackathon challenges focusing on four core areas: Transportation, Disaster Preparation and Relief, Climate Change, and the Florida State Budget:

Learn more about the challenges at: http://codeformiami.org/events/national-day-of-civic-hacking-2015

Posted by Nancy Dahlberg at 9:18 AM in Contests/Honors, Events, Social Entrepreneurship | Permalink | Comments

Chase is accepting applications for its Mission Main Street Grants program through June 5.

The program will award $100,000 grants to 20 small businesses around the country. Last year, Titan Paddles of Dania Beach was one of the grantees selected from 25,000 applications.

The public also is invited to vote for their favorite business since all registered applicants need at least 250 to move on to the next phase. Voting is open until June 19.

More information on the program is available at www.missionmainstreetgrants.com.

Miami Dade College’s School of Business will be hosting a Small Business Expo on Saturday, at the Wolfson Campus. Admission is free, but attendees must RSVP.

The event will also include presentations on building customer relationships, perfecting an elevator pitch and marketing about marketing, sales and customer service. A business-to-business expo will be open from 10 a.m. to 5:30 p.m., featuring 45 exhibitors from private industries, government and non-profit agencies.

Posted by Nancy Dahlberg at 9:50 AM in Events, Small Business | Permalink | Comments

Latinos and immigrants helped to fuel an uptick in new business creation nationally, reversing a downward cycle that began in 2010, according to the 2015 Kauffman Index: Startup Activity released on Thursday.

The Startup Activity Index has generally followed the business cycle – up in the 1990s expansionary period and plummeting as the Great Recession took hold. The entrepreneurial activity increase in the 2015 Index – which reversed the downward trend since 2010 - represents the largest year-over-year increase in the last two decades. However, the return remains tepid and well below historical trends. In the 2015 Index, 310 out of 100,000 adults, or 0.31 percent, started new businesses each month, on average. In the 2014 Index, the average was 0.28 percent of the U.S  adult population.

“This rebound in entrepreneurial activity lines up with the strength we’ve seen in other economic indicators, and should generate hope for further economic expansion,” said Dane Stangler, vice president of Research and Policy at the Kauffman Foundation, in the news release. “But it’s important to view this short-term uptick in context of the bigger picture – we are still in a long-term decline of activity, which affects job creation, innovation and economic growth.”

Some findings, according to the research:

* Kauffman said 28.5 percent of all new entrepreneurs are immigrants in the 2015 Index, compared to 13.3 percent in the 1997 Index and that immigrants are starting new businesses at nearly twice the rate of native-born Americans, creating an average of 520 businesses a month per 100,000 people last year.

* Opportunity entrepreneurs, those who were not unemployed and not looking for a job before they started their new ventures, was 79.6 percent of the total number of new entrepreneurs. This number represented an increase over the 2014 Index, and was substantially higher than in the 2010 Index, when the number of opportunity entrepreneurs was at the lowest rate since the Kauffman Foundation began collecting this data in 1996.

* Startup density, or the number of new employer businesses by total population, increased from 128.8, or 128.8 for every 100,000 people, to 130.6 in the Startup Activity calculations from 2014 to 2015. Though startup density is climbing, it remains well below typical historical rates.

State and metropolitan data will be released June 4. Find the report on national findings here: www.kauffmanindex.org.

The four companies will receive a $25,000 non-equity grant, participate in a 16-week intensive boot camp, and will be provided collaborative workspace for one year. The companies also participate in a formal program for mentoring entrepreneurs and their ventures. The second class of companies are:

·       Tone-y-Bands brings to market unique arm toning wrist weights that can be worn throughout the day to provide a workout from regular activities and improve exercise results.

·       Candidate.Guru delivers applications designed to vastly improve the hiring process for companies through the application of big data and machine learning technologies.

·       TightTalk Electronics has created the EarDrive audio recording, transcription and translation solution that works with any audio source.

Applications for a third round of Venture Vintage companies will be solicited and evaluated by FAU Tech Runway later this summer. Startups will be sought in all industries, with an emphasis on technology.  The application process includes a business plan, pitch deck, three letters of recommendation and bio for each founder. Criteria for evaluation include but is not limited to the market opportunity, distinctive competence/competitive advantage, financial understanding of the revenue model and the investment potential. For more information on FAU’s Tech Runway, visit techrunway.fau.edu.

Great story from our partners at the Sun Sentinel:

After scouring sites across the U.S., a huge Japanese company is setting up the global headquarters for its new software division in Fort Lauderdale — a decision that could boost the region's stature in tech circles. Sato Holdings of Tokyo will invest $5 million this year and aims to employ 200 people in three years at its new Sato Global Solutions.

The division will develop and market software for hospitals, retailers and others to track items ranging from hip implants to mobile devices. Its systems also will enable the booming "Internet of Things," the concept of linking of almost any device — from phones to appliances to machines — to one another and the Internet, executives said Wednesday. "This has the potential to be the biggest foreign investment in tech in Broward County," said Bob Swindell, president of the Greater Fort Lauderdale Alliance economic development group. "It's huge."

Sato employs more than 4,000 people worldwide, including about 300 in Pinebrook., N.J.; the Chicago area; Charlotte; and Daytona Beach. The company considered Chicago, Dallas, New York and the Silicon Valley before choosing Fort Lauderdale to host its first global headquarters outside Japan, said Kazuo "Kaz" Matsuyama, president and chief executive. South Florida won out because the area was less expensive than the Silicon Valley and some other rivals. State and local governments also were business-friendly and offered incentives. Additionally, South Florida ranks as "one of the fastest-growing IT hubs in the United States," Matsuyama said.

Posted by Nancy Dahlberg at 10:51 AM in Tech hub movement, Technology | Permalink | Comments 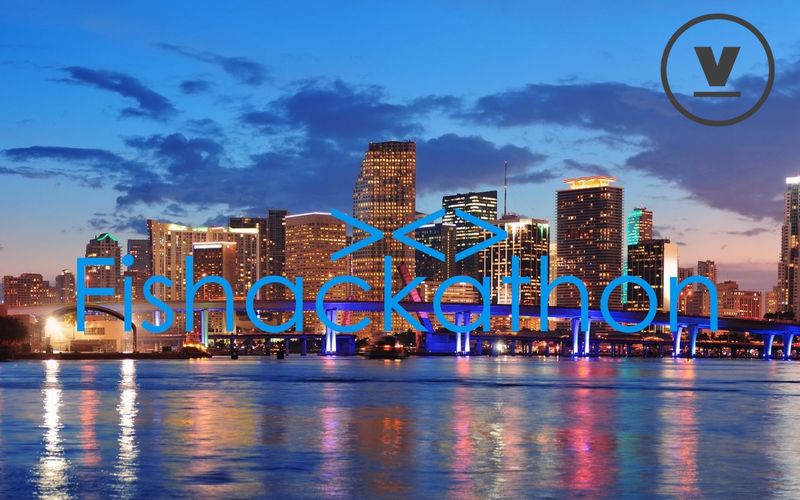 Venture Hive has partnered once again with the State Department to host the 2nd Annual Fishackathon, the world’s largest hackathon supporting our oceans.

The Fishackathon brings together technologists and coders over a weekend to create tools to address challenges in sustainable fishing around the world. There are 15 cities participating including London, Kuala Lumpur, Vancouver, New York City, Boston and Santiago.Chile.

Miami's Fishackathon 2015 kicks off on June 5th until June 7th and welcomes hackers, coders and enthusiasts to create solutions that can impact the health of our oceans.

More prizes will be confirmed soon but include a trip to the second annual Our Ocean's conference in Chile this fall and a trip and a chance to present at the Mobile World Congress in Barcelona.

The Florida Microfinance Act: How can it help my small business?

Effective April 2, the state authorized designated loan administrators to begin accepting applications for participation in the program. The program has two components: a loan program where qualifying small businesses and entrepreneurs can get loans of up to $50,000, and a loan guarantee program (administered by Enterprise Florida) under which qualifying participants can obtain a loan guarantee in connection with loans from $50,000 to $250,000. The program is administered by the Florida Department of Economic Opportunity.

This program is available to small businesses or entrepreneurs in Florida that have no more than 25 employees and annual revenues of up to $1.5 million. Borrowers who seek loans must participate in business training and technical assistance provided by the Florida Small Business Development Network. Proceeds from a loan under the program must be used for startup costs, working capital and to purchase materials, supplies, furniture, fixtures and equipment. The repayment of loans must be personally guaranteed, and borrowers must provide information about job creation and other financial data to the loan administrator. A borrower can receive a maximum of $75,000 in loans each year and a maximum of two loans a year and five loans over a three-year period. The program is also designed to help small businesses and entrepreneurs get subsequent private financing.

How can this help your small business? It may provide relatively quick access to capital for qualifying small businesses and entrepreneurs. This can be very valuable because it provides a much-needed potential source of capital at a critical stage in development. Additionally, these companies and entrepreneurs often have difficulty raising initial capital. Personal resources and friend and family funds are usually limited, and most of these companies and entrepreneurs will not yet have realistic access to traditional bank financing or equity financing through venture capital, private equity or angel investors. This program may provide the initial jump start that a small company or entrepreneur needs to get the business going and to progress to the next step.

This program may be especially helpful in industries where technology has substantially reduced the amount of capital required for a business. In many industries the use of cloud-based technology, for example, has significantly reduced the costs of starting and operating the business. Even though the amounts available in the program are relatively small, they should be sufficient to allow many businesses to successfully navigate their early stage financial challenges and move to the next level.

Find information about the program and the requirements for participation at http://www.floridajobs.org/microfinanceprograms.

Bob White is a shareholder with Gunster law firm. 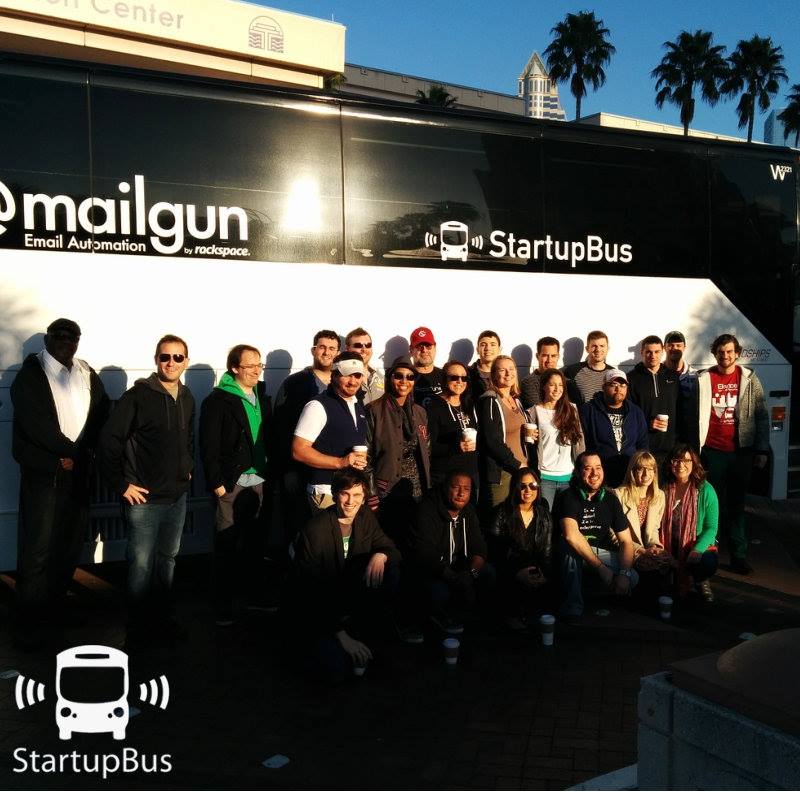 StartupBus produces the most intense startup competition in the world, where top talent compete as 'buspreneurs' to build the next generation of technology companies over the course of a 3-day roadtrip.

This is StartupBus' 5th year embarking on their fast-paced highway hackathon, where 5 buses from different regions of the continent compete for startup glory.

Basically, you have 3 days and 700 miles to build something epic.

StartupBus Florida leaves from Tampa on June 4th, and ends in Nashville, TN on June 8th.

WHO IS STARTUPBUS FOR?

We've coined the following terms for participants who are looking to push themselves to 70mph:

Whether you're a hacker, developer or hustler, StartupBus is for anyone who's looking to network with top tech talent in North America, while building an awesome product along the way.

Much like the Startup Weekend model, you enter the bus not knowing most of your fellow buspreneurs. Ideas are then pitched/selected, ice is broken, and before you know it, you're building something epic, and making lifelong friends along the way.


WHERE DOES THE BUS GO?

After 3 days of continuous building, StartupBus ends at Nashville's 36 | 86 Conference, where teams will pitch/demo their product to a panel of notable tech founders and VCs. (There is no bus ride back to Florida, however)

Posted by Nancy Dahlberg at 11:34 AM in Contests/Honors, Events | Permalink | Comments

THE SHARING ECONOMY: Bora Hamamcioglu, CEO of Carhopper, discusses the opportunities and challenges with collaborative consumption, 6 to 7 p.m. Wednesday, May 27, The LAB Miami.

STARTUP WEEKEND: A 54-hour event where developers, designers and business development folks come together to pitch an idea and launch a business, Friday through Sunday, May 29-31, Venture Hive, 1010 NE Second Ave., Miami. For more information and tickets: www.up.co/communities/usa/miami/startup-weekend/5362

Dozens of Miami technology leaders signed an open letter to Miami-Dade Mayor Carlos Gimenez calling for an open data policy. Instacart launched its grocery delivery service in Miami. Harvard is teaming up with the Idea Center and Launch Code to offer CS50x Miami course Registration ends May 29). Read these stories and more startup news and community views on the Starting Gate blog on MiamiHerald.com/business.