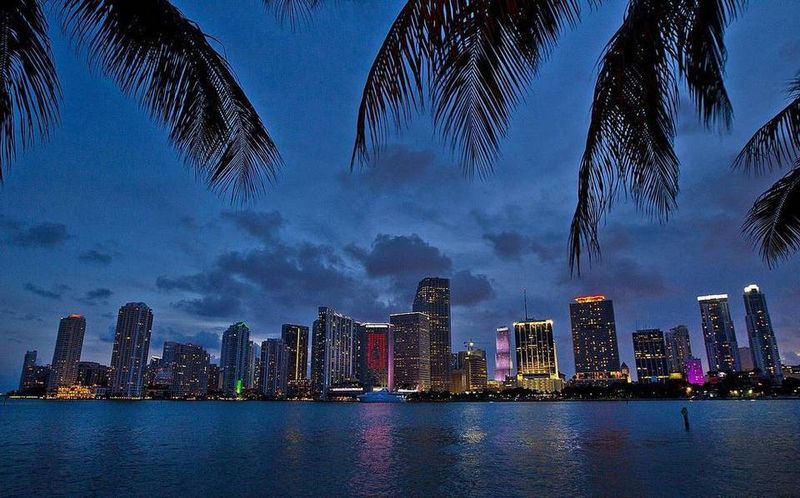 Does it seem like everyone in South Florida is starting a business these days?

This may be one reason why: The Miami-Fort Lauderdale metropolitan area again landed near the top of the Kauffman Foundation’s index of startup activity, ranking No. 2 of the 40 largest metro areas studied, a report on state and metropolitan data released on Thursday showed.

In the new 2015 Kauffman Index: Startup Activity, Austin, Texas, ranked No 1. Rounding out the top 10 were, in order: the metro areas of San Jose, California; Los Angeles; Denver, Colorado; San Francisco; New York; Houston; San Diego, California; and San Antonio, Texas. In overall startup activity, all areas that ranked in the top 10 with the most startup activity in the 2014 Index remained in the top 10 in the 2015 index. Kauffman’s data is industry-agnostic, so the businesses created range from high-growth startups to new mom-and-pop companies in all industries. The Kauffman Foundation, based in Kansas City, develops and funds global research and programs in entrepreneurship.

“In the past few years we have seen an explosion of entrepreneurship programs [accelerators, incubators, Startup Weekends, events, etc.] ... and while we don’t fully understand the impact yet, this is a good sign that we are seeing a rebound in new-business activity,” said Arnobio Morelix, research analyst at the Kauffman Foundation and one of the study’s authors. “In Austin and Miami, we are seeing a high level of [startup] density ... and there also seems to be a high level of connectivity in both places, and that has impressed me a lot. There are a lot of programs there, and the startups are pretty closely connected ... with vibrant organizational support.”

Nationally, new-business activity bounced up in 32 of the 50 U.S. states last year, and 18 of the nation’s top 40 metropolitan areas also saw increases in new venture activity, according to the index. The report on states and metro areas followed the May 28 report on national startup activity, which showed an uptick in business creation, the largest year-over-year increase in two decades. The national index reversed a downward trend that began in 2010, but researchers said the return remains tepid and well below historical trends.

“More of those entrepreneurs are now starting businesses out of opportunity rather than out of necessity ... and at the national level that has returned to pre-recession levels,” said E.J. Reedy, director in Research and Policy at the Kauffman Foundation.

“The Kauffman Index: Startup Activity,” based largely on data, is the first of three reports to be released this year under the umbrella of the new Kauffman Index of Entrepreneurship, which will later include metrics such as venture capital funding, scale-up activity and startup-survival rates and also break out “main street” small businesses and growth ventures, Morelix said. Indeed, South Florida and Florida as a whole, while incredibly entrepreneurial in new-business generation, have been found in many studies to be overwhelmingly dominated by slow-growing micro-businesses — those with fewer than five employees.

This new combined index, which likely will be released during Global Entrepreneurship Week in November, will offer more data on the makeup and progress of South Florida’s entrepreneurial ecosystem, which the Knight Foundation, eMerge Americas, Endeavor Miami, Venture Hive and many other organizations have been working to help build in recent years.

A closer look at the 2015 Kauffman Index: Startup Activity that was released Thursday, which was expanded this year to include two more measures of startup activity and 25 additional metropolitan areas, was comprised of three indicators:

▪  Opportunity share, which measures the percentage of new entrepreneurs not coming out of unemployment and is a proxy that can help identify companies that are driven by market opportunity, revealed a divergent range of results among metros. San Jose in Silicon Valley ranked highest, with an opportunity share of 91.2 percent — meaning less than 9 percent likely were starting businesses out of necessity rather than because of the opportunity, Morelix said. On the low end of the spectrum was Nashville, with a 60 percent opportunity share. Miami, with a 73.9 percent opportunity share, fell closer to the bottom and below the national average of 79.6, yet higher than Florida’s other large metro areas.

▪  Startup density, considered a key indicator of vibrant entrepreneurial communities, tracks new businesses rather than entrepreneurs. Metros’ density range among the top 40 metros stretched from the lower end — 93.9 startups per 100,000 people in the Cincinnati, Ohio, metro area — to the high end: 247.6 startups per 100,000 people in metropolitan Miami. Startups businesses here are defined as firms less than a year old employing at least one person besides the owner. Note that this data was from 2012, the most recent Census data available, Kauffman said.

As for state trends, Florida ranked ninth overall, likely pulled down by the Orlando area’s No. 33 ranking, falling 12 places from last year, and TampaBay’s No. 20 ranking, falling five places. The five states that ranked at the top of the 2015 Index were Montana, Wyoming, North Dakota, Colorado and Vermont.

“State and local leaders need to understand how many startups they have in their regions and who’s starting them so they can make decisions on how to build on what they currently have,” said Dane Stangler, vice president of research and policy at the Kauffman Foundation.

While the national report pointed out that immigrants and Latinos drove much of the growth and it would make sense that immigrant-rich Miami would follow that trend, those numbers are not available on a metro level. However, Kauffman is partnering with the U.S. Census Bureau on a new reporting initiative, and indexes beginning in 2016 should be able to break demographic data out on an annual basis, Reedy said.

The full report and interactive data is available at www.kauffmanindex.org.