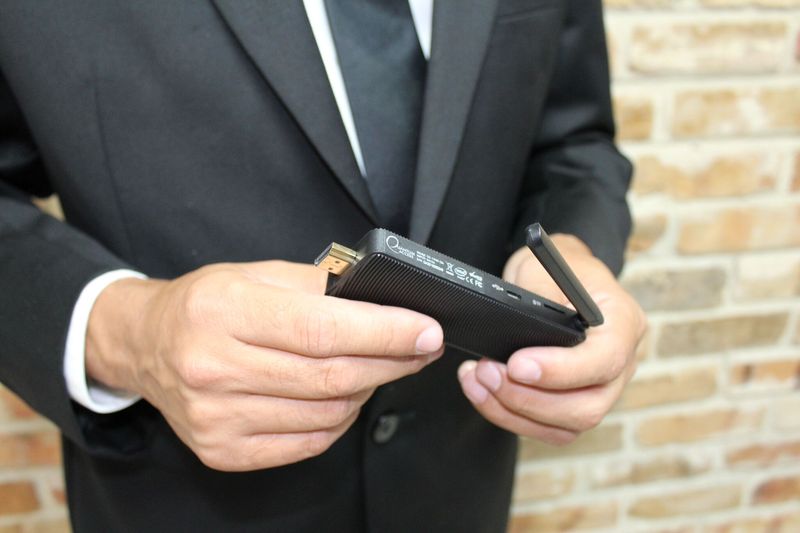 North Miami-based Quantum Suppliers, a Windows PC manufacturer, said its newest product that allows you to affordably turn any  TV or monitor into a PC will be on the market beginning Monday.

Measuring at 4.3 x 1.9 by 0.4 inches, the Quantum Access Mini PC Stick plugs into a TV or monitor and runs the latest Windows 8.1 operating system, making it easy for a small business to access files and presentations, watch movies as a family, and play high quality games, the company said.

“The Quantum Byte was our first product in our new line of mini Windows PCs. We saw an extremely positive customer reaction to our Byte and decided to go even smaller, which led to the creation of the Quantum Access,” said CEO Alex Rodriguez.

The Quantum Access carries the new Intel Atom Z3735F quad core 1.33 GHZ and houses 2GB of RAM and 32GB of storage. Part of its revolutionary design is the built-in HDMI output, patent pending fan less technology, and external antenna, Quantum Suppliers said in its news release. It will be available on Amazon, Newegg, and Quantum Suppliers’ website and costs $129.

Rodiguez founded Quantum Suppliers in 2013 with $2,000. Tpday Quantum, with 10 employees, has two other products on the market: the Quantum Byte, a mini PC, and the Quantum View  a tablet, in addition to the new Access. Both have received 4.5 out of 5 star ratings on Amazon, which is where they sell primarily. The company’s bilingual technical support is done in South Florida.