#Miamitech by drone, see it first here (and read about Building.co, too) 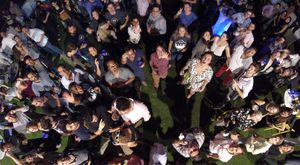 What’s a geeky event these days without a drone, but Building.co took it to new heights with  a drone selfie of #Miamitech. It all happened during the co-working center's grand opening party last week for about 350 people, and you get the first look at the video above.

Calling Building.co “a growing force in serious tech in this town," co-founder Jose Rasco of Straat said the vision was always to be “a place where some of Miami’s most influential tech companies come together to collaborate on a daily basis.”

Current members include 500 Startups and IronHack, both running programs out of Building, Instacart, Clutch, App Theory, Panamera, Neustar (buyer of .CO), angel investor Mark Kingdon and Bonomotion, who made the video above. Its neighbors include Uber, Facebook and Twitter. Already the event space has been used or reserved by Twitter and Facebook, a Startup Weekend, Founder Institute and various meetups, including a new one for health-tech.

“It’s not easy to build a company on your own; we know it’s a bit easier when you surround yourself with smart, driven individuals who are equally determined to succeed….  Our focus is providing Four Seasons type service to our members, whatever they need,” Rasco told the crowd on the rooftop garden of the three-floor space. Rasco's co-founder in Building and other Straat endeavors is Juan Diego Calle, founder of .CO Internet. 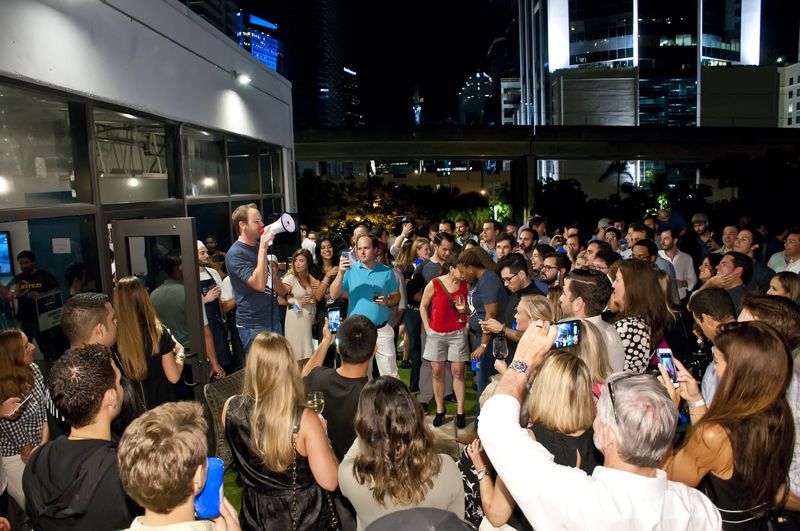 As if the 2 ½ year endeavor to open Building was not enough, Rasco said the team is scouting locations in San Francisco for a second Building so Miami members would have a place to call home there. "And that is the first step,” said Rasco on Thursday, adding that New York is also in grander vision. “For us it isn’t as much about scale as the quality of product we are delivering.”

But for now, here are a couple of photos of the new Building (without the 350 people.)  Rasco also had a poem for #Miamitech, “Take me down to the new tech city, where the devs are plenty and the code is pretty.” Read it all here (and thanks for the Starting Gate love): http://building.co/blog/new-tech-city/ 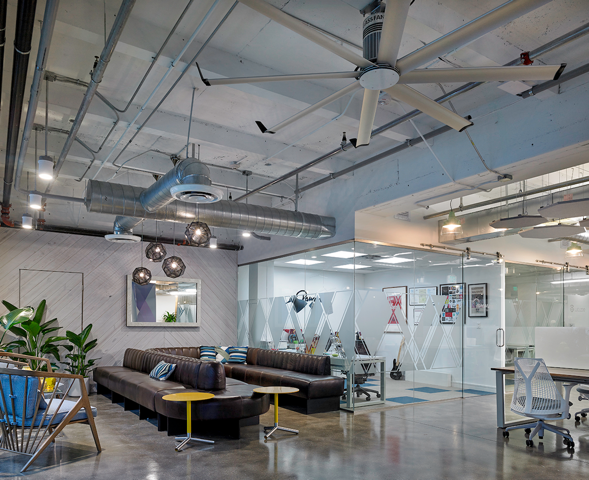 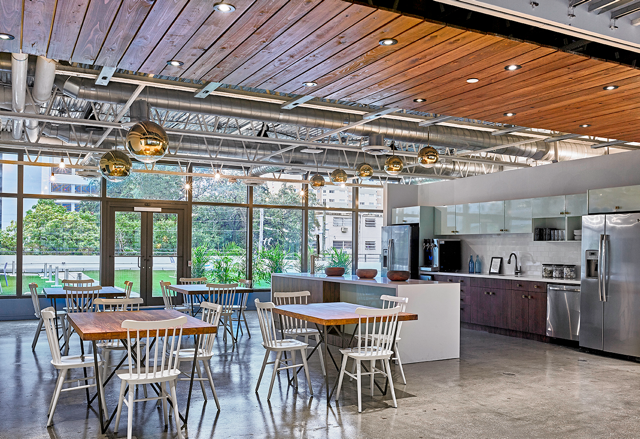