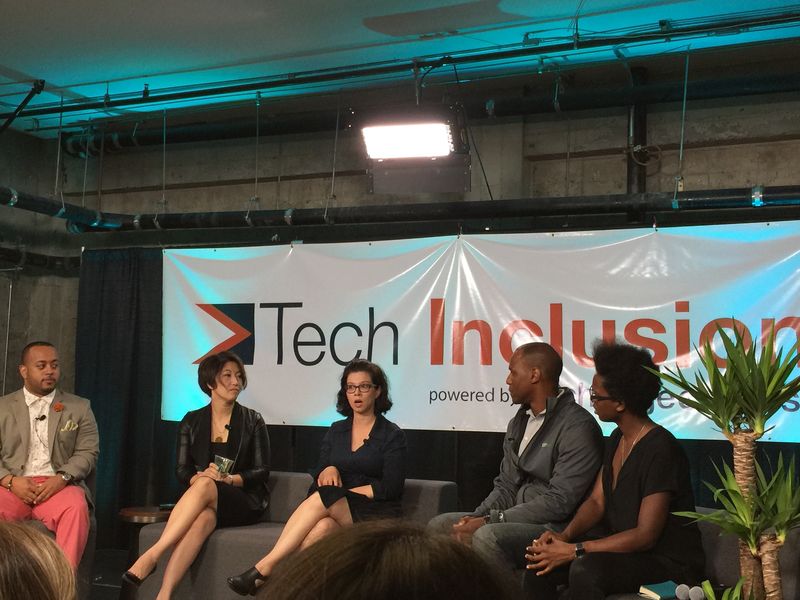 Amidst a crowd of 600 technology, entrepreneurship and government leaders from around the country, the inaugural Tech Inclusion Conference was held at Galvanize in San Francisco, California on September 11- 12.

Melinda Briana Epler, CEO/Founder of Change Catalysts and Wayne Sutton, founder/partner at Buildup, organized the conference held over the two-day period. They wanted to disrupt the conversation in San Francisco on what inclusion, not diversity, means in tech ecosystems. Sutton’s Buildup VC is regarded as one of the top venture firms for inclusion in the country. With a failing diversity model in San Francisco, all eyes are on Miami.

Since Carla Mays came to Miami to serve on a panel with Digigrass, TECH Miami, Knight Foundation & EcoTech Visions at the Lab Miami in July, the conversation on Miami has catapulted in San Francisco. While at the conference with Carla, Mike and Felicia, I was shocked at the stark difference in narratives between San Francisco and Miami. Here are some takeaways:

1) Miami is the model for inclusion and diversity, not Portland. The community needs to fund more Latino and Black entrepreneurs to represent our ecosystem better on the national stage. What Portland does have is a fund for minority startups at the local governmental level. This is needed in Miami.

2) Venture Capital isn't the only answer to building inclusive ecosystems. "It's government dollars," says Mays, who lives in San Francisco with $800 million federal dollars of renewable community development block grants. "These dollars can go to local municipalities to support entrepreneurs." Currently, only 1% of venture capital goes to people of color and 3% to women. We all discussed how Miami is changing that statistic.

3) Miami is far ahead of the rest of the country in diversity and inclusion. The resources at the Idea Center CREATE accelerator are only available at the top business schools on the west coast at Stanford and Haas Business School at UC-Berkeley. The Idea Center democratizes top business training at the local level for students of lower-income households. Some local San Franciscans at the conference said they don't see the need for inclusion because they don't see Latino or Black founders. I said, "Then you haven't been to Miami." Miami has the ingredients that San Francisco is trying to get. Miami is building startups and funding diversity programs, with Knight Foundation leading the funding with groups like Digital Grass and Lab Miami working with us.

4) Infrastructure and capital is lacking in Miami. "If Knight Foundation ran out of money, who would fund our ecosystem?" asked Felicia Hatcher on her panel. "Inclusion is about capital infrastructure," continued Mays.

Miami needs to support local groups building inclusion on the national stage to leverage more funds, partnerships and exposure for our under-represented ecosystem to other communities like San Francisco who lack diversity and inclusion. The Tech Inclusion conference may have ended, but Miami is just beginning.