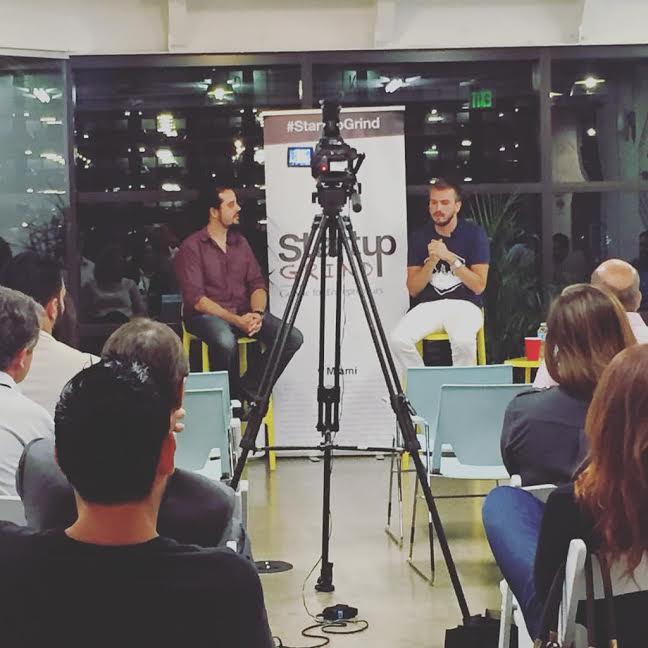 500 Startups partner Juan Lopez Salaberry recently was interviewed by Jason Ibarra  as part of the monthly  Startup Grind Miami event. The event was hosted at Building.co, one of Miami's newest co-working centers serving the Miami tech community. Salaberry has been in Miami the past couple of months to help run  500 Startups Miami Distro, a 10-week program on growth marketing for eight selected startups taking place at Building.co. Here is a guest post from the Startup Grind event in November.

From Argentina to Sweden, Mexico and now Miami, Juan Salaberry has seen it all, or a lot of whatever “it” is. Since his youth in Argentina, Juan has always been adventurous and willing to take risks.

He moved to Sweden to finish his university studies and to experience something new. That led him to a wild path that took him on a unexpected journey, allowing him to meet world leaders from around the globe.

Juan later moved to Mexico City and became a partner with 500 startups. He lead investments in over 80 early-stage companies in Latin America, Europe and the United States. For over two years he headed the accelerator for 500 Startups in Mexico City empowering entrepreneurs seeking opportunities in Spanish speaking markets.

Juan is now in charge of 500 startups expansion into the U.S. He is working with a group of startups in Miami. He is helping them identify and maximize on key indicators to help them grow.

Juan is extremely excited about the growth of the Miami tech scene especially in the last two years. More importantly, Juan sees a ton of potential in Miami’s future and he is glad to play a part.

* Mind the Gap - This is Juan’s philosophy. A gap is a disconnect between technology, information, society, economics etc... If we can identify the gap it means we notice something is missing, can be improved or does not exist yet. When we mind the gap we can create a bridge between the disconnect. To mind the gap means you are observant of things that can be changed or built to create a better and more efficient community.

* When Bringing on Partners ... -  When looking to bring people on your team, Juan suggests a trial period. Work on a project together before the person is a permanent member, learn how the other person works and how you work with them. If there is a good vibe, then bring the person on, if not you can separate ways before anything serious happens.

* To Make Miami Stronger, It’s Up to Us - Miami is a very young tech ecosystem. A lot of the major players are still building their reputation and businesses. In order for Miami to continue to grow as a Tech community, we need to collaborate with each other. Whether it is promoting a competitor's event or grabbing coffee with someone who wants to learn about the ecosystem, we need to go the extra mile in building relationships. It is easier to sustain growth with healthy relationships and strong environment. This goes back to Minding the Gap. Be open to allowing others to fill your gaps and do the same for others in the community in return.

* Seize the Day - If an opportunity presents itself, go after it no matter how unsuspecting or challenging it may seem. Juan recalls landing a big meeting after seeing a person of interest go and use the restroom. He didn't think he would have another chance to schedule the meeting , so he went into the bathroom, introduced himself and scheduled a meeting.

It's important to be mindful and aware, because you never know when a golden opportunity will appear.

Peter Kovach is a recent graduate from Loyola University of New Orleans. He moved to Miami to be a part of the rising tech scene and is currently an associate at building.co.

NEXT UP: Investor Mark Kingdon will be the featured speaker at Startup Grind Miami Dec. 8. More info: startupgrind.com/miami