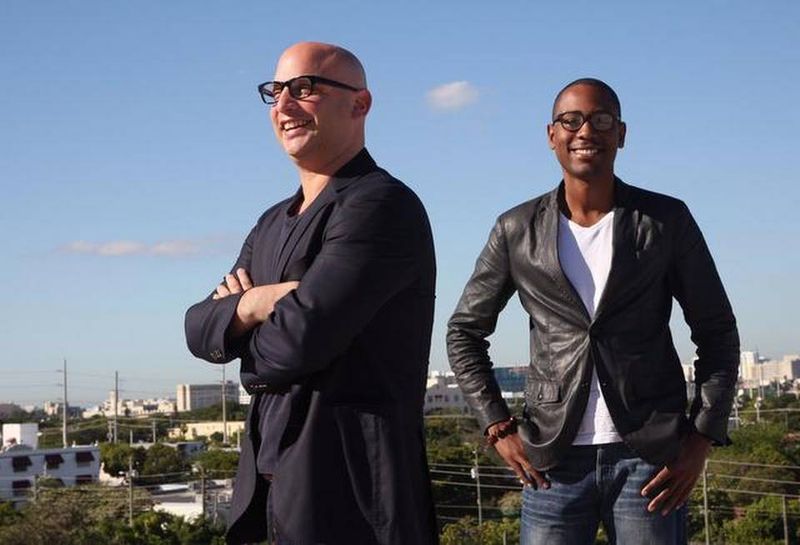 Cities today create 70 percent of greenhouse gas emissions and urban populations are set to double by 2050, making climate change a city problem. At the same time, policy, technology, and business interests have aligned uniquely to enable a new generation of entrepreneurs to reimagine cities.

In late 2013, we created Urban.Us to find, fund, and de-risk early-stage startups that make city life (and cities) better.

We are launching the next stage of our efforts in 2016 and now count nineteen companies in the portfolio, with a few more companies to be announced in the coming months.

Looking at our investments so far, they include some of the most promising startups in areas ranging from water and energy conservation to construction automation and law enforcement. We’re usually one of the first investors to work with a founding team and have developed a unique approach to find and support our companies.

We work with a community of investors, experts, governments, and corporations (now more than 850 people) to improve their chances of moving from concept to growth-stage funding (series A). We’ve been fortunate to enjoy support from organizations like the Knight Foundation, the Miami Foundation, and Direct Energy, which helped us organize a summit and showcase in Miami in 2015.

In fact, Miami-Dade County is already seeing some of the benefits from our portfolio companies.

Rachio makes a smart irrigation controller that dramatically reduces water usage (as much as fifty percent of water used outdoors right now is being wasted). In addition to saving money, the aggregate water savings of Rachio customers represent a significant shift in the demand on municipal water supplies. To date, 440,225,274 gallons of water have been saved thanks to Rachio, which is now at the top of Amazon and Home Depot product rankings in its category.

Skycatch is leading the way in autonomous commercial data acquisition using drones. Skycatch has increased its focus on construction thanks to customers like Komatsu and partners like Autodesk, but it also has customers in areas like disaster response and mining. It has also worked with the FAA and NASA to shape commercial-drone policy and regulations.

In May, the Miami Herald interviewed Trevor Duke, a South Florida-based drone pilot for SkyCatch, about his work using drones to automate processes at construction sites. Bouygues, the French construction and energy conglomerate, has been testing Skycatch’s autonomous system at building sites in Miami since 2014.

Beyond Miami, our portfolio is creating public benefits nationally and even internationally.

HandUp is a platform that allows you to donate directly to a homeless neighbor in need.

They have helped match almost $1 million to over 3,000 specific needs through the platform. The team has begun expanding beyond San Francisco by partnering with community organizations in cities like Denver and Miami.

Dash creates software that help make driving smarter, safer, greener, and more affordable. Downloads of the dash mobile app have topped 250,000 users in 100+ countries—more than all the players in the emerging Connected Car space. It also recently launched a program with Allstate Insurance and the NY Department of Transportation to promote better driving through rewards and incentives.

BlocPower is automating sourcing, energy auditing, retrofit engineering, procurement, and financing processes to bring the best existing tech to low-income neighborhoods, where significant energy savings result in reduced CO2 footprints as well as less stress on community budgets. The team is now serving more than 300 small and medium-sized buildings in Metro New York City and are contracted to retrofit 1,000 to 2,000 buildings over the next three years, a $200 million project financing opportunity.

A few companies we work with are still too early in their development to be reporting public benefits but are showing great progress and promise.

OneConcern is a disaster-solutions company that provides rapid damage estimates across all natural disasters using artificial intelligence on natural phenomena sciences. We’re hoping to count the number of lives saved thanks to OneConcern’s focus on being at the forefront of every emergency.

Mark43 is a cloud-based records management system (RMS) and analysis tool built for and in collaboration with police. The early reports from its first deployment in Washington, DC have been encouraging, and we hope to share data about police hours saved and more as the company deploys to cities around the country.

RadiatorLabs converts old cast-iron radiators into precision heating machines. Its first product, “The Cozy,” is expected to save building owners up to forty percent annually in heating costs. Early deployments will soon be able to share data regarding the operational efficiency and safety the device has produced.

Flair is working on a complete lineup of next-generation heating and cooling products. Its first product is expected to produce huge energy and cost savings for people who want to stay comfortable in their homes and offices.

Our primary focus for our portfolio companies is that they make it through the “valley of death” where they are discovering their product offering, business model and customers. At this point we don’t worry much about impact, only potential impact. As they enter the growth stage, typically around series A funding, the impact begins to scale, too. Our portfolio of investments are on average less than two years old, so we hope to report even more progress next December.

Stonly Baptiste co-founded  Urban.Us with Shaun Abrahamson to fund early-stage companies that make cities better in 2013. He has co-founded or helped run a number of tech companies. 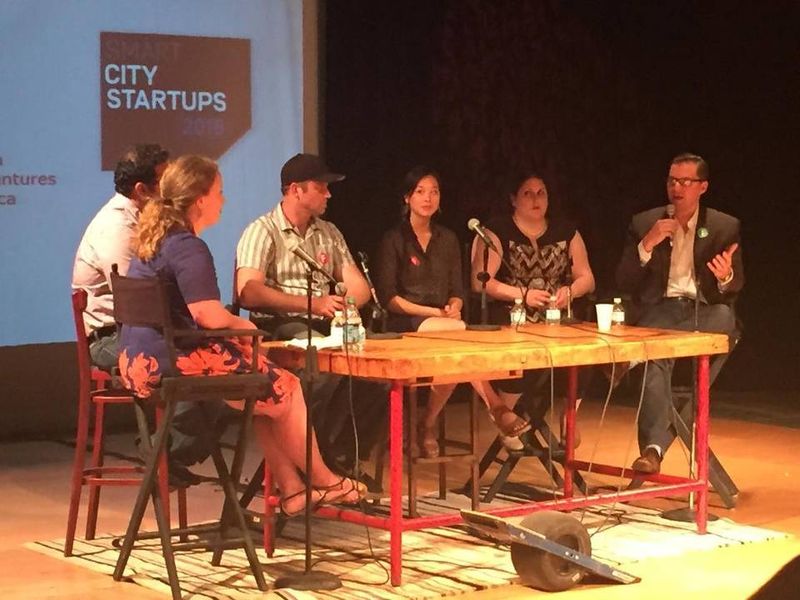 A panel of experts discusses urban mobility at the Smart City Startups conference in Miami in April, produced and hosted by Urban.Us.