Wyncode to launch its third campus: WeWork in Miami Beach 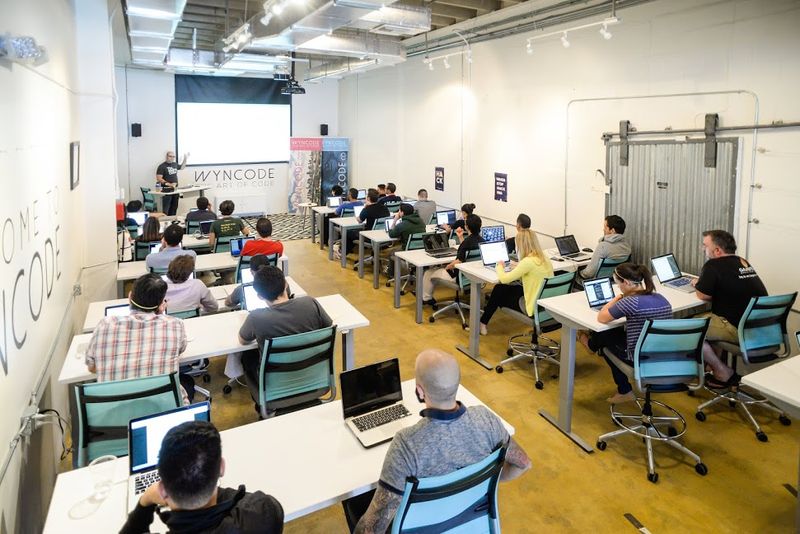 Wyncode, which teaches computer programming in nine weeks, will be offering its bootcamp at a third location: WeWork in Miami Beach. That’s in addition to The LAB Miami in Wynwood, its original location and its headquarters, and General Provision in Fort Lauderdale’s Flagler Arts and Technology Village. WeWork is a creator and provider of shared workspace and services for startups, freelancers and growing businesses.

“WeWork shares Wyncode’s passion for building community,” said Juha Mikkola, who co-founded Wyncode with his wife Johanna. “We believe that the foundation for a successful tech ecosystem is coding talent that can build amazing things. That talent is right here in Miami Beach, they just need to get access to the right type of training.”

Wyncode launched in 2014 and its intensive, full-time program has attracted people without a programming background from a variety of careers: chefs, lawyers, salespeople, accountants, concierges, marketing executives and entrepreneurs. For instance, after graduating from Wyncode, Mario Aguayo launched My Style Blox, a marketplace for models and their clients to discover, book and manage projects. Agauyo had been a talent manager and also worked in retailing before learned to code at Wyncode. Frank Ortiz, a former chef, was also was a Wyncode graduate, then was hired by Wyncode and is now working full-time in technology for Fusion Recruitment Labs.

The program focuses on tech skills like Ruby, Javascript, HTML and CSS and also on the business skills that startups require to be successful. It’s one of a number of new resources that have developed here focused on narrowing the gap of 400,000 unfilled jobs in tech expected by 2020. The Mikkolas, who were chosen as Endeavor Entrepreneurs this summer, have participated in White House programs about the need for coding education.

The Head Instructor for the Miami Beach campus is Auston Bunsen, a long-time Miami tech leader, programmer and entrepreneur. He is the former chief technology officer of 1Sale and founder of Miami tech conference SuperConf. Bunsen has written code that has powered millions of visits across platforms using Python, Ruby and JavaScript. “He is passionate about learning, hacking, community, open source and having a positive influence on the world around him and is an ideal fit for Wyncode’s team,” Juha Mikkola said.

A quarter of Wyncode’s last cohort in Wynwood came from out of state, including students from New York, Seattle, Brazil, Colombia and Venezuela. “We believe Miami Beach is a great option for these students, as they’ll have access to industry leading education that is just steps away from the beach,” Johanna Mikkola said.

Wyncode Academy is licensed by the Florida Department of Education and has graduated more than 180 Wyncoders in 10 cohorts, maintaining a 90 percent placement rate within three months of graduation, the company said. Of those, 96 percent are working as developers with the majority receiving full-time offers to stay in South Florida’s tech ecosystem. Wyncode is the third most student reviewed program on the global coding-school industry site Course Report, earning a 4.9 out of 5 star rating from its 66 reviewers.

Wyncode’s first cohort in Miami Beach will begin on Jan. 25 and is limited to 10 seats. WeWork members will receive a $500 discount on the $10,000 tuition. Applications are accepted on a rolling basis and interested candidates should apply at wyncode.co. Wyncode is also starting cohorts in Wynwood and Fort Lauderdale in January; it offers financing partners for all programs and runs a scholarship program at its Wynwood location in conjunction with the Knight Foundation.