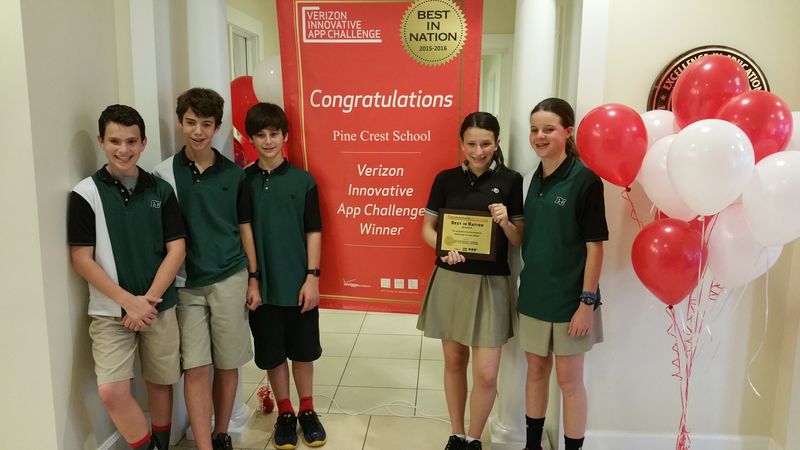 This winning team will also get help from MIT to develop their app that helps measure, manage concussions in football.

A team of South Florida students have earned Best in Nation honors, a $20,000 grant and wireless tablets in the Verizon Innovative App Challenge for their new technology concept that aids in the study and management of concussions and brain injury in football.

The seventh-graders from Fort Lauderdale’s Pine Crest School also have won the opportunity to work with top developers from Massachusetts Institute of Technology (MIT) to turn their Force Transmission Data Collector  idea into a working wireless app.

The technology would incorporate a sensor in each player’s helmet to record and send real-time data on collision force.  The information would be immediately available to coaches, trainers, parents and others.

The concept was one of eight Best In Nation winners selected from more than 1,200 submissions nationwide.

A team from Miami’s  Dr. Michael M. Krop Senior High won a Best In State award and a $5,000 grant from Verizon for their LanguaSign  concept, which would help the hearing impaired translate sign language into speech.

The competition, created by Verizon in partnership with the Technology Student Association, and presented in collaboration with MIT Media Lab, challenged student teams across the country to come up with ideas for mobile apps that could solve a problem in their schools or communities, with no coding skills required.

"Each year, students have raised the bar for the App Challenge and we are continuously impressed by their thoughtful solutions to such a broad range of societal issues," said Justina Nixon-Saintil, director of education and technology programs for the Verizon Foundation.

In June, members of the Pine Crest team and the other Best In Nation winners will present their apps in person at the National TSA Conference in Nashville, courtesy of Verizon. 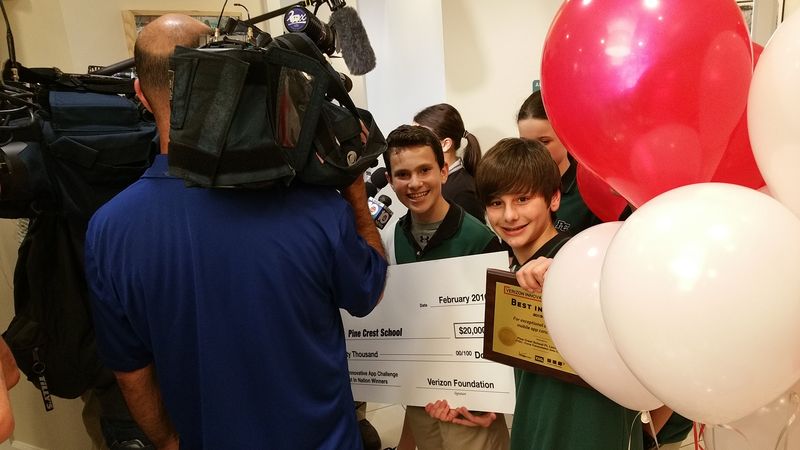