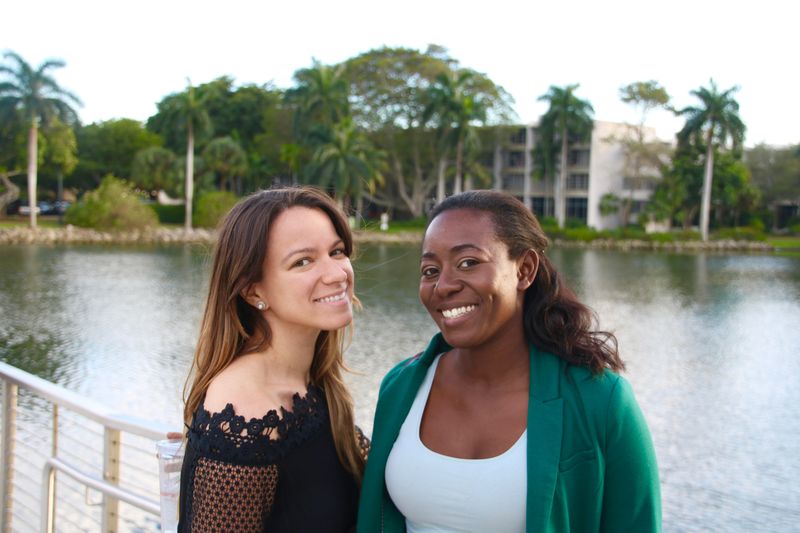 Construction and renovation are well underway at the new Cambridge Innovation Center in Miami, and the large new space for entrepreneurs aims to open fully this fall at the University of Miami Life Science & Technology Park. Meanwhile, the co-working center's nonprofit arm, called the Venture Café, is moving ahead with building out a full roster of community events at CIC Miami.

Leigh­-Ann Buchanan has been named executive director of Venture Café Miami. Although directing separate entities, she and Natalia Martinez-Kalinina, general manager of CIC Miami, are working in partnership to create a hub for innovation at the Overtown location.

Venture Café Miami will offer weekly networking and educational events as well as support programs for entrepreneurs, investors, students and innovation and educational organizations. “The success of CIC as a physical platform relies on our ability to converge the kinds of stakeholders, programming, and collisions that will turn Miami into a mature ecosystem. Venture Café Miami is a core piece of that puzzle,” said Martinez-Kalinina, who also founded the  Miami chapter of the Awesome Foundation and most recently was chief innovation and technology officer of Roots of Hope, a nonprofit.

With a thriving event scene already in Miami, Buchanan said a big focus of Venture Café will not be to reinvent the wheel but rather to amplify the impact of existing institutions, open the door for new players and increase collaborations. “Connecting innovators to make things happen ­ -- that is what is at the heart of Venture Café,” she said.

For instance, Venture Café will have weekly Thursday events called “The Gathering,” which will run from 3 p.m. to 8 p.m. at CIC Miami. It will include concurrent programming in various breakout rooms, often put on by South Florida organizations, as well be a place for networking and meeting new people, Buchanan said. That’s a cornerstone of all the Venture Cafes, which launched in Boston at District Hall, and now is also in St. Louis, Missouri and Rotterdam, The Netherlands. Gatherings at other locations have typically drawn 400-plus people, Buchanan said.

Typical programming might be an investor sharing knowledge with startups in one room, while an educational organization holds a session on coding in another while a new entrepreneurial organization introduces its services in still another. Buchanan has attended a Gathering in St. Louis and said one interesting detail is that nametags display the number of times the person has been to a gathering. That helps break the ice, particularly for newcomers. What the Gathering is not about – pitching your own business. In fact, that practice is intentionally banned so that real human connections are made, Buchanan said.

In recent years, Buchanan founded the International Human Factor Youth Leadership Program, designed to expose youth from underserved communities to social entrepreneurship and international cultural exchange and is a founding member of Get Linked Miami, which helps diverse youth acquire STEM­ based skills. In addition to other leadership affiliations, she is currently a member of the Executive Committee of Friends of the New World Symphony, and appointed Chair for the American Bar Association’s Coalition on Racial and Ethnic Justice.

“Miami is already a beacon for entrepreneurs globally, but we still have room for significant growth. I am eager to advance our mission to facilitate greater connectivity within Miami's burgeoning innovation community, to catalyze new startup and investment activity, and to meaningfully engage diverse and underrepresented groups who historically have not been included in the innovation movement,” said Buchanan.

CIC Miami, which will have spaces and offices for entrepreneurs to work and collaborate, has already opened in a limited way as design and buildout gets underway; a full opening is planned for the fall, adding an additional 80,000 square feet. During a recent tour of the space, Martinez-Kalinina explained that the sixth floor will be an event space and hub for Venture Café, as well as offices.  There will also be redesigned public space, event and co-working space on the first floor and offices on the third, including the state-of-the-art wet labs that are already part of the facility. There are hopes to expand into the second building in the life science park when it is completed. Venture Café will begin its full slate of programming at CIC Miami in the fall but plans to have some events around town this summer.

“This is about thinking hyper­local but also hyper­global,” said Stas Gayshan, managing director at CIC. “Miami is a young, dynamic, and evolving city at the crossroads of the Americas. Our goal, and Venture Café’s mission, is to empower the local community of innovators, and weave it together with the global innovation ecosystem.”