« Deadline is Friday for applications to present at Florida Early Stage Capital Conference with $150K in cash awards | Main | Idea.me to expand to Miami, will launch Create Miami campaign to fund entrepreneurs »

Time to bury 'Silicon Beach' in the sand 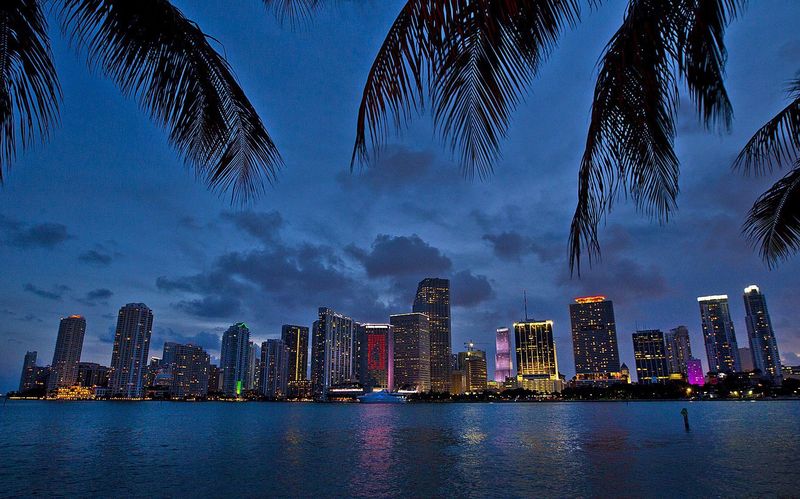 Over the past five years, South Florida has slowly been recognized as a technology hub, gracing the pages of tech journals like “TechCrunch” and more mainstream publications like “The Atlantic”.  This buzz should not go to our heads.  Rather than fantasizing about creating a “Silicon Beach” here in the tropics, our politicians and our business leaders need to focus on creating quality jobs by helping our tech-enabled businesses to grow and scale.

Recently South Florida has been home to some spectacular successes for tech enabled companies.  We have seen billion dollar successes like Broward’s Mako Surgical, a medical robotics company that was sold for over $1.6 billion in 2013. Broward’s Magic Leap also joined the billionaires club with $1.4 billion of investment from Google Ventures and others to support its virtual reality technology.

The outsize successes of Mako Surgical, Leap Magic and others have gotten the attention of local politicians and business leaders.  Talk of converting Miami into some sort of “Silicon Beach” has been around since at least the late 1990’s when Lincoln Road was the de facto capital of the whole Latin American tech scene.

I suspect no one would suggest we are going to to create “Beach Street” in South Florida to compete with New York’s “Wall Street”.  Similarly, it is time to stop talking about building a “Silicon Beach”.

Silicon Valley works because many of the the most innovative technologies in the world are developed in San Francisco and around Stanford University.  Silicon Valley is the mecca of disruptive innovation, like Hawaii is the center of surfing because it has amazing waves.

Similar to Hawaii and its waves, South Florida will likely never compete with Silicon Valley (or New York or Boston) as a center of innovative technologies.  However, in South Florida we have unique strengths that almost no other region in the world has.

The “tech” revolution isn’t happening only at Apple, Facebook, Twitter, Google, Uber and a few other household names in tech.  The rapid and unstoppable force of the innovations brought by technology is affecting every single business-big and small. For every Apple or Facebook there are a thousand or ten thousand small and medium-sized companies trying to leverage technology to compete better against larger, more established companies.

Far less sexy than talking about changing the world with THE next big thing, we and mainly our politicians and community leaders can focus on helping our existing army of smaller, more agile businesses make lots and lots of small innovations. Collectively these innovations can have an enormous impact and make South Florida a very unique tech hub.

In South Florida, nearly two-thirds of our small businesses have fewer than 5 employees.   This is a huge opportunity because there is tremendous room for these micro employers to hire more people.

Politicians and business-makers must help our local companies use technology more efficiently. They must support our businesses as they innovate these technologies. The result will be the creation of more jobs that are better paying, and businesses that will expand and employ more individuals throughout South Florida.

Silicon Valley is often criticized for not being very inclusive. There are very few minorities in leadership positions at tech companies in Silicon Valley and women are perennially underrepresented.   As our tech ecosystem grows we have an opportunity to attract female entrepreneurs and entrepreneurs of color who value the diversity and the community offered in South Florida.

In fifty years, the United States will only just be catching up to Miami with regards to the diversity of its population, a population that will be predominately non-white and immigrant. According to the to the Census Bureau, Miami is 66% Latino/Hispanic whereas the US is 65% White and almost 20% of our population is African American.  South Florida as a whole is also quite diverse -- much more diverse than most of the United States.

The more we can create the first truly inclusive tech hub in the United States, the more unique and powerful our local economy will become.

The measure of the success of South Florida’s tech ecosystem should be how many quality, high paying, high skilled jobs we create in every segment of our diverse community.

South Florida already has some of the most entrepreneurial, diverse small businesses in the world.  We do not need to try to replicate Silicon Valley here in the sunshine.

Juan Pablo Cappello is the co founder of The Lab Miami (a co-working, shared office space in Wynwood) and AGP Miami (a local start-up investing group), as well as an active investor in technology companies. Twitter: @CappelloJP