University of Miami's Business Plan Competition: And the winners are... 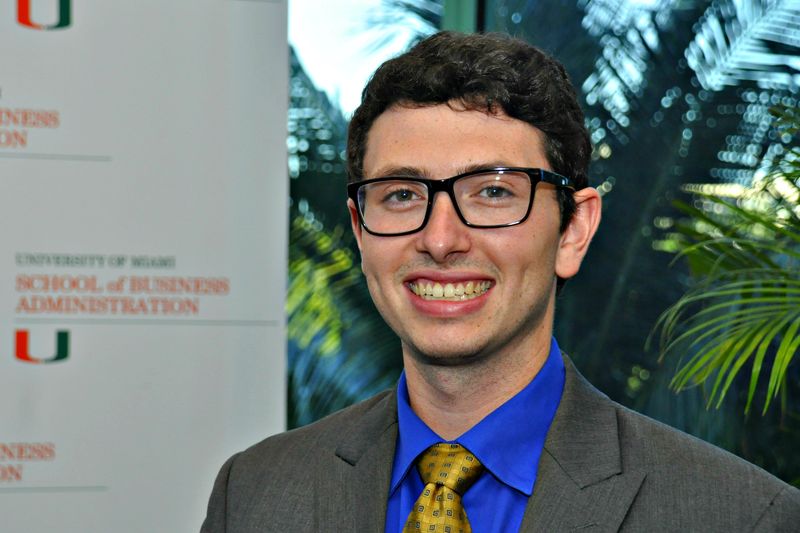 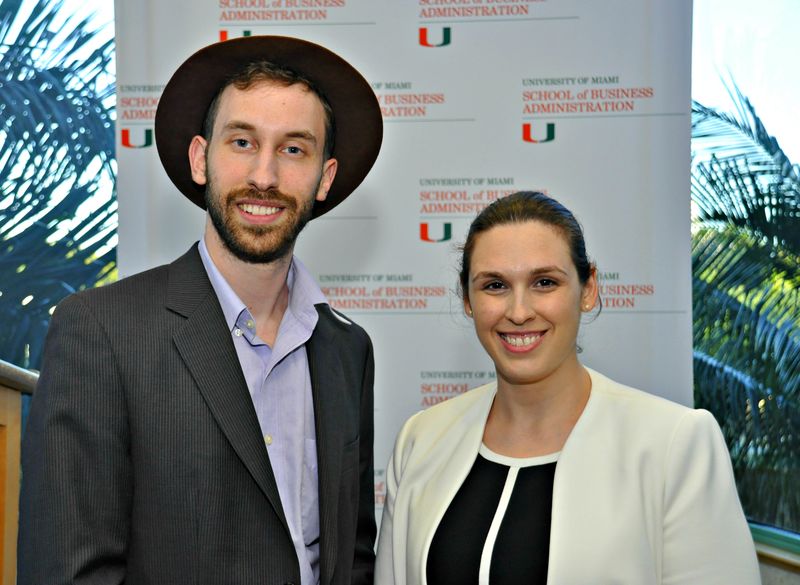 Innovations in the areas of guitar picks, aerospace and cinema have taken top honors in the 2016 University of Miami Business Plan Competition, hosted by the University’s School of Business Administration. The competition winners, honored in an awards ceremony April 7, took home a combined total of $54,500 in first, second, third and other prizes.

Ryan Pollowitz won the Grand Prize and $10,000 in the undergraduate student category for Groovy Guitar Picks, a company that gives old, scratched vinyl records new life by turning them into high-quality guitar picks. In the graduate student category, Joe Rjeili, Jason Keasler, and Thomas Byrd took home the Grand Prize and $10,000 for their venture, AlulA Aerospace, whose patent-pending technology will securely gather and send to data centers, airplane black box data while still in air. And in the University of Miami alumni category, Andrew Aidman and Melanie DiPietro won the Grand Prize and $10,000 for Amy & Her Friends, a live-action movie that tells a story of a middle school girl’s journey to make friends.

Second Place in the undergraduate category and $5,000 went to Justin Levy and Tommy Rappa for U-brella, an automated umbrella rental kiosk that can be located, and reservations made, via mobile app. Second Place in the graduate category and $5,000 went to Kristina Francillon of Savert Food, which manufactures a line of all-natural seasoning pastes for home chefs and is already in a few stores and farmers markets. Second Place in the alumni category was a tie with each team winning $3,750. One prize went to Sabrina Taldone, Bhaumik Shah, and Lokesh Ramamoorthi of Pathologix, an online platform that allows physicians in India to obtain real-time consultations with pathological sub-specialists in the U.S.; the other went to Carlos Lovera, George Wayne, Mark Jacobs, Anthony Perez-Sanz, and Aaron Bronshtein for Flolink, a venture developing a medical device that automates patient monitoring.

Third Place in the undergraduate category and $2,500 went to Jaqueline Gulla and Dominic Annecca for On-Demand Wash, an Uber-like laundry service phone app. Third Place in the graduate category and $2,500 went to David Getz for Fly Feet, a sock company that will introduce patented Snap Socks that snap together with a heat-proof plastic snap so they don't get lost in the laundry.

In addition to the undergraduate, graduate and alumni category prizes, the Paul K. Sugrue Entrepreneurial Spirit Award and $1,000 was presented to Paula Landron and Michaela Senior of FUOCO, a pizzeria for the late-night crowd, made out of a shipping container.

The new Heffner Spirit of Social Entrepreneurship Award and its $1,000 prize was awarded to Ashley Wrushen of Nutritexts, a free texting service for low-income families to purchase local, fresh and nutritious produce directly from food producers and retailers.

“This year’s presentations were very sophisticated,” said Susy Alvarez-Diaz, director of entrepreneurship programs at the University of Miami School of Business. “Having events on campus such as Shark Tank tryouts and the coursework that involves practice pitching really prepares the students. This was not their first at-bat.”

The Business Plan Competition started last fall when concept papers were submitted to the judging committee. Ultimately 15 final teams were selected to present to the judges on April 6-7, with the winners named on the second day. This year’s presenting sponsor was the Finker Frenkel Legacy Foundation.

Now in its 14th year, the Business Plan Competition is open to all University of Miami students and alumni. Past winners in the competition have gone on to build their ventures into businesses that have garnered national attention. They include such companies College Hunks Hauling Junk and My Therapy Journal.com, both of which have been featured on ABC Television's “Shark Tank,” a reality program in which entrepreneurs share their business ideas with a group of five self-made millionaires in hopes of getting venture capital to help them attain similar levels of success.