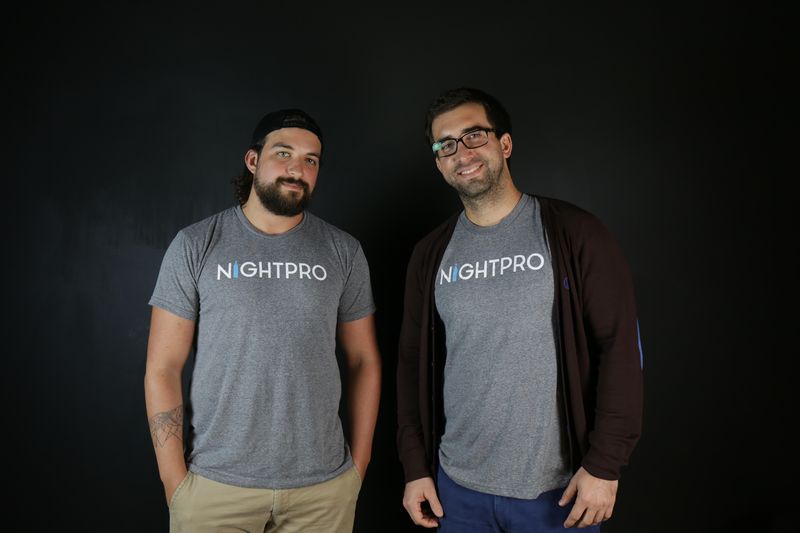 Juan Bermudez and Francisco Quintero (pictured above) started NightPro about four years ago in a Midtown coffee shop. In fact, Bermudez pitched a very early concept of the venue management company at a HackDay Miami event in 2012. NightPro was also part of the inaugural class of Venture Hive in 2013.

Over the years, NightPro made several iterations, but it grew into a venue/guest management platform for more than 100 venue partners worldwide, through which it has helped to manage over $250 million in reservations and 500,000 guests, Bermudez said. As revenue began spiking, so did interest from acquirers; NightPro received offers from two suitors.

But Bermudez said the company began partnering with Tablelist, based in Boston, by integrating Tablelist’s consumer sales technology into the NightPro platform, and they quickly released that their visions aligned and began talking.

“Everything we were doing, we were heading in the same direction. It just made sense to join forces,” said Bermudez on Tuesday.

“By merging our two platforms, we would be able to provide our partners with a one of a kind, all in one venue/guest management system that would not only streamline business operations, but also drive more business.”

NightPro’s management platform now complements Tablelist’s front-end booking application for tables at high-end clubs. Terms of the deal were not disclosed. Venture-backed Tablelist launched its service in Miami last fall, joining a number of locations, including New York, San Francisco, Boston, Washington, DC, and Las Vegas.  Bermudez said the NightPro team will be continuing to work with Tablelist to distribute the joint platform and aggressively expand.

“Together we are the leading platform for real time online reservations and venue/guest management solutions for nightclubs, lounges and bars. This is an absolute game changer for the entire industry,” Bermudez said in a blog post to NightPro customers.