« Startup Spotlight: Modern ŌM, created mindfully | Main | In building an innovation economy in Miami, look to the arts for proven model of success » 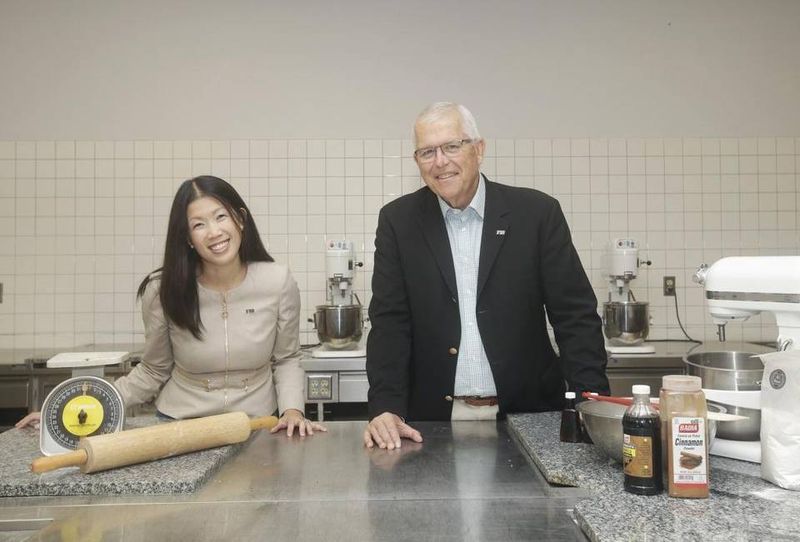 Emily Gresham and Robert Hacker, shown at Florida International University’s Chaplin School of Hospitality and Tourism Management, are spearheading the StartUP FIU program. It will include three hubs, with programs for food businesses, tech and social entrepreneurship, and will be open to the community as well as to students. Alexia Fodere For The Miami Herald

Below: One of the events held for students as part of StartUP FIU. Photo by Daniela Ferrato. 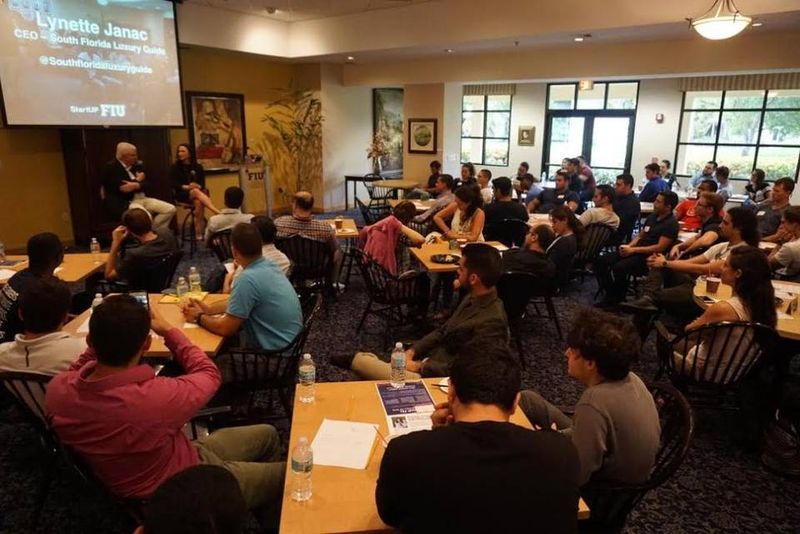 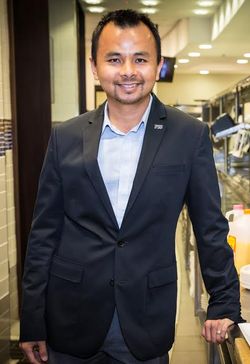 In the culinary kitchens of Florida International University’s Chaplin School of Hospitality and Tourism Management, Michael Cheng smelled opportunity. The commercial facilities were only being used about half time; as the director of the food-and-beverage program, Cheng thought FIU should offer the excess capacity to companies for a fee.

But after a discussion with Emily Gresham, who is spearheading a university-wide StartUP FIU program, and its student leader Valeria Siegrist, Cheng’s mindset changed. “They opened my eyes... They told me ‘there is an entire community of food entrepreneurs out there who would die to have this space but they can’t afford it.’ and I said ‘Well, let’s open that up to them.’ That’s how Food FIU got started.”

Beginning this fall, the Food FIU program will help entrepreneurs from low- and moderate-income communities in three stages of development – those at the idea stage, entrepreneurs selling in farmers’ markets but are ready to move to the next level, and later stage companies that want to scale. Cheng (pictured at right), who is also an associate processor, said StartUP FIU will start working with firms from North Miami, where the Biscayne Bay Campus is located, with a potential Homestead outpost at a later time. The program is free, and the entrepreneurs do not have to be affiliated with FIU in any way.

The Food innovation hub, supported in part by a $500,000 grant from Citi Foundation, will be one leg of a larger effort called StartUP FIU launching this fall. The interdisciplinary multi-campus resource for students, faculty, staff, alumni and entrepreneurs in the community will include physical spaces, programs and events for entrepreneurs and entrepreneur-wannabes to meet, collaborate, be mentored and take training. An accelerator will work with teams on commercializing concepts.

“Our economy increasingly offers opportunities to people who are able to make good jobs rather than take good jobs. We see this transformation as emblematic of what we have to do at FIU,” said FIU President Mark Rosenberg. “FIU is a huge cluster of talent ... What we are trying to do is provide platforms for that talent to come together around the capabilities that we have. ... We want to provide a safe haven for that talent to come together, with some supervision, to develop products, ideas and opportunities.”

Initially, StartUP FIU, will take root in three locations: the Modesto Maidique campus in Sweetwater, the Hospitality School at the Biscayne Bay campus, and a facility near Tamiami airport serving the growing cadre of technology and medical businesses there. The program has been appropriated $1.25 million from the state in addition to the Citi Foundation funding. It is run by Gresham, FIU’s assistant vice president for Research – Innovation and Economic Development, and Robert Hacker, StartUP FIU’s director.

The program joins existing FIU entrepreneurship resources including the Small Business Development Center, a new Tech Station, the Miami Fintech Forum and the Pino Global Entrepreneurship Center, most located on the Maidique campus on Tamiami Trail. FIU is also a designated “changemaker campus” for Ashoka, the global network for social entrepreneurship.

Despite those existing resources, students had no one-stop-shop for connecting with resources, concluded StartUP FIU’s team after conducting more than 100 interviews with students, faculty and community leaders. Often, students didn’t know where to go, nor were they connecting with the larger community.

“Our students are our energy, our talent, and the diversity of our students, faculty, alumni and the community improves collaboration,” said Gresham. “We’ve decided to have a more inclusive StartUP FIU, which means everyone’s welcome.”

Regionwide, students have more resources than just a few years ago. The Idea Center at MDC opened 18 months ago with an accelerator for MDC students, startup contests, events and a coding school. The University of Miami has been expanding its commercialization efforts, particularly in the healthcare area, working closely with dozens of startups. Florida Atlantic University in Boca Raton opened Tech Runway, an accelerator that also offers funding and mentorship for student and community teams. Broward College opened its incubator last month.

These join a region-wide effort, fueled by the Knight Foundation, to accelerate entrepreneurship by expanding resources for mentorship, talent-building and funding. Entrepreneurial co-working spaces, incubators and accelerators have been proliferating, but most are in Miami’s urban core.

That’s the void in the ecosystem StartUP FIU hopes to help fill by focusing on Miami-Dade’s lower income communities and far west suburbs. “There’s a lot of activity, but we are still looking for depth, right?,” said Gresham. “We think we have something to offer in terms of depth building.”

Social entrepreneurship will be a key facet of the program, said Hacker. He expects ongoing themes to include sustainable cities, sea level rise, food supply, medical technology and education technology. An international businessman, Hacker has been teaching entrepreneurship and socially concsious business for more than a decade at FIU’s Honors College and Engineering School and MIT’s Sloan School.

“Miami enjoys the distinction of being the only city in the world that has two Ashoka Changemaker campuses – FIU and MDC. I think that both universities are fomenting all kinds of social entrepreneurs looking for support. We are interested and committed to putting incubators in communities that have not been served by incubators, and I think that will also naturally produce social entrepreneurs,” said Hacker.

As a startup itself, StartUP FIU has been developing over the past year, gaining grassroots support. StartUP FIU student directors Siegrist and Alessia Tacchella took Hacker’s course on Entrepreneurship and Design Thinking. That got the entrepreneurial juices flowing. But instead of working on their own startups, they jumped on the opportunity to help develop StartUP FIU. Tacchella, a finance/economics major who recently graduated, took the lead.

They gathered a diverse group of students with marketing, finance and technical expertise and began meeting weekly to plan the launch and test concepts, she said. About 80 to 100 students have been turning out for events. “When you tell them you want to help them to make their idea become a company, they are thrilled about it. They can’t believe all the resources we are bringing in on campus,” said Siegrist, a communications student.

Wifredo Fernandez, who co-founded The LAB Miami and was one of the founders of MDC’s’ Idea Center, offered insights on best practices and valuable connections, said Gresham. He now works with Gresham in the Innovation and Economic Development department and is StartUP FIU’s associate director.

Applications are being accepted at startup.fiu.edu for the accelerator’s first class. The free 13-week program will begin Sept. 6, will include weekly programs, mentorship and regular milestones for teams to meet, and end with a traditional demo day in which teams pitch to investors. The new StartUP FIU hub at the Maidique campus, a-10,000-square-foot space in the Marc building, should be ready by January; the program will operate in temporary space until then. Programs at the Biscayne Bay campus and near the Tamiami Airport will also get underway in the fall. The services are free.