Finova Financial co-founders Greg Keough and Derek Acree launched the cloud-based company to give consumers in need of emergency cash a loan  alternative to the triple-digit, punitive offerings in the traditional “payday” lending marketplace. The West Palm Beach-based fintech company focused on the auto-title lending industry recently announced it has raised $52.5 million in a combination of equity and debt.

The funding round was led by Silicon Valley and international venture capital firms including MHS Capital, Refactor Capital, Metamorphic Venture and 500 StartUps, as well as leading fintech entrepreneurs such as Sam Hodges, co-founder and managing director of Funding Circle, Jake Gibson, co-founder of NerdWallet and Al Hamra Group, a private company owned by the ruling family of Ras Al Khaimah, United Arab Emirates. CoVenture provided the credit facility to support the enterprises’ growth. “Finova has earned great traction, and we look forward to working closely with them as they scale rapidly, giving consumers the opportunity to get back on track financially.” said David Lee, co-founder and managing partner of Refactor Capital, in a statement. 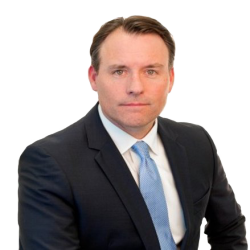 The funding will be used by Finova to grow the all-digital lending platform serving the auto title loan marketplace while delivering up to 70 percent lower cost to consumers.  Finova Financial’s  online Car Equity Line of Credit (C-LOC) product and lending platform offers consumers a significantly less expensive auto title loan alternative, with 12 months to repay, an opportunity to repair their credit score, and a chance to earn performance points that can be used for grace periods in the repayment process, the company said.  This is in stark contrast to traditional lending models and it's the first in a series of products planned to address the needs of the hundreds of million of unbanked and underbanked consumers globally. The company successfully piloted its product in Florida.

“Finova Financial was launched to help consumers get critically-needed cash without the traditional barriers of high interest rates, inconvenient application processes and restrictive payment terms of the auto title lending industry,” said Keough (pictured above), Finova’s CEO who has led a number of fintech ventures including MFS and RegaloCard. “As a company committed to social impact, we see Finova Financial as being an advocate for consumer financial well-being through improved access to credit, better repayment terms and lower costs.”