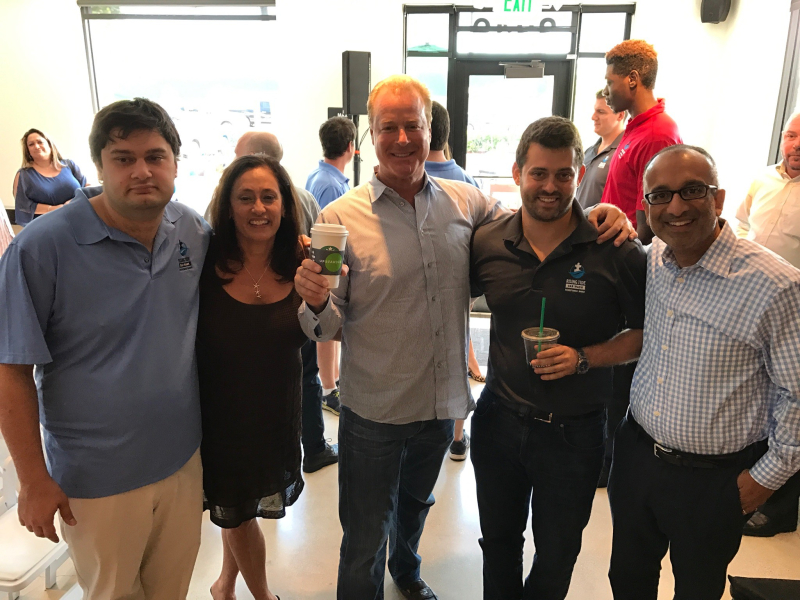 This social entrepreneurial company focuses on employing adults with autism.

What it is: A car wash with a focus on employing adults with autism.

Services provided: Washes, some cleaning services. Prices start at $6 for a simple, basic wash of the exterior and use of a free vacuum.

How it began: An existing car wash was purchased and renovated in 2012, and then launched as Rising Tide in April 2013 in Parkland. The business gives job opportunities to people with autism. When John and his son Tom D’Eri learned that 80 to 90 percent of adults with autism are unemployed, they set out to change that statistic. The D’Eris researched options and determined a car wash would be the ideal business for creating jobs for people with autism, like Tom’s brother Andrew, who likes structure and performing repetitive tasks and follows safety guidelines to the letter.

Number of employees: 42, with 35 on the autism spectrum.

Competitors: Others are in the area including Express Car Wash in Boca Raton and Sample Road Auto Spa in Pompano Beach.

September 2016: Starbucks is highlighting the business in one of 10 videos “about ordinary people doing extraordinary things to create positive change in their communities,” as it says in a news release. The “Upstanders” series, as it’s called, is available through the coffee chain’s mobile app, website (Starbucks.com/Upstanders) and its YouTube account. Starbucks CEO Howard Schultz and Rajiv Chandrasekaran, senior vice president of public affairs at Starbucks and the executive producer of the company’s social impact media initiatives, wrote and produced the series. Shot over two days in August, the six-minute video entitled “Employing the Full Spectrum” shows Andrew D’Eri drying cars and polishing tires with fellow employees at Rising Tide as well as scenes from D’Eri’s family’s home life in Fort Lauderdale. John and Tom D’Eri also are in the video.

Upcoming: A second location in Margate is planned, with groundbreaking expected in the next two weeks. It’s projected to be completely built in about six months, with a spring opening. The new car wash  will be on 1.5 acres at 2970 N. State Road 7 that were purchased for $1.5 million and will be about one and a half times larger than the one in Parkland. It will cost about $3.4 million to get  it up and running. More than 50 people will work at the Margate location.

Major keys to success: “You can’t do this without dedicated employees,” John D’Eri said. He cites “the dedication of all his employees, their willingness to follow proper protocol, their desire to deliver value, the fact that they treat clients with respect, value their position in the company and create a culture of acceptance” for the success of Rising Tide.

Strategy for success: John D’Eri said the company plans to replicate the success of the business locally, regionally and then nationally with a hub-and-spoke concept with the Parkland operation as a hub. In addition, he said, the company plans to analyze and use the knowledge gained to produce a superior product and delve into other businesses, using best practices as they relate to people on the autism spectrum — “the autism advantage,” he calls it.

Why Hope Solo is partnering with this startup