« Join #NBCUinnovation hackathon Oct. 22-23 and compete for more than $10K in cash and prizes | Main | Inaugural Masters of Tomorrow Summit during Art Week to merge tech, design and music » 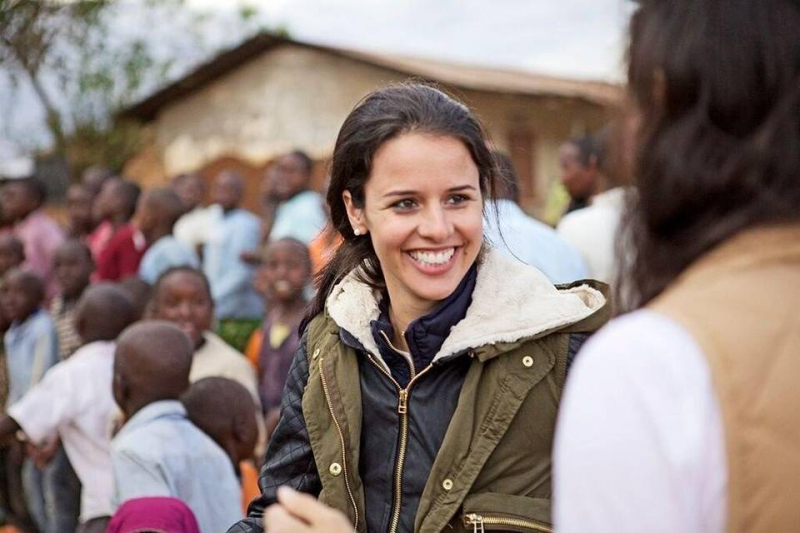 High-growth companies are “believed to create nearly all net new jobs,” although they make up a minority of companies in the U.S., according to a 2011 study for the U.S. Small Business Administration’s Office of Advocacy.

Developing a strong support system for helping increase sales at already-growing small businesses with proven business models can do more for economic development than promoting startups or luring large corporations with tax breaks, a recent Bloomberg Business article noted. Yet in Miami this year, the metropolitan area ranked No. 2 in the nation among major metro areas for small-business creation but second from last (no. 39) for growth, analyses by the Kauffman Foundation found.

Endeavor Miami, a nonprofit organization that selects, supports and accelerates high-impact entrepreneurs, aims to help grow the Miami economy by giving companies that already have traction a chance to secure a foothold and expand, Endeavor Miami Managing Director Laura Maydón said. To do that, it selects high-potential companies to support from a diverse cross-section of industries — including food/beverage, tech and healthcare — and in time, those entrepreneurs are expected to help other companies scale up. “These high-growth companies can add proportionally more jobs and wealth to our economy,” she said.

Endeavor posted a new report this week marking progress, as well as challenges ahead, in its mission. Find it on here on EndeavorMiami.org. Here are a few highlights:

* Food and beverage has been among the most active entrepreneurial sectors, with a number of new companies gaining traction, many of them focused on healthier eating and convenient delivery. Four of Endeavor’s 15 companies are in this vertical and more are in the pipeline. Ginnybakes, for instance, launched a hospitality unit that focuses on putting its “mindfully indulgent” organic cookies and bars into hotel minibars. My Ceviche, already with a fast-casual chain, launched Zuuk, a healthy, fast-casual Mediterranean-style eatery in Brickell and at Miami International Airport. FastCasual.com, a media site for the $23.5 billion fast-casual restaurant industry segment, ranked the newest Endeavor Entrepreneur, Pincho Factory, at No. 11 in the Fast Casual Top 100 this year. DeliverLean, a fast-growing healthy-meal delivery service, employs 118, according to the report.

* Young technology and healthcare companies are also making strides. EveryMundo, which provides airlines with proprietary technology and strategies, has commercialized two additional software solutions and signed deals with two of the top five airlines. It’s one of the eight Endeavor companies in the software, tech and IT area. In healthcare and medtech, seen as one of five key areas for entrepreneurial growth and potential global impact because of its hospital and university network already in place and its proximity to Latin America’s emerging markets. Already, three of the top 10 private employers in Miami are healthcare providers, according to the Beacon Council. In its buy-one-give-one social impact program, FIGS, a company modernizing medical apparel, has donated more than 90,000 sets of scrubs to medical professionals in Latin American, Caribbean and other emerging markets (co-founder Trina Spear is pictured above).

* Some of Endeavor’s entrepreneurs are innovating the future of work itself. Encompass Onsite, which provides housekeeping, engineering maintenance and facilities management services, is mapping a step-by-step career path for every employee that even includes placing employees in opportunities in its partner network if they outgrow the company’s available opportunities. “We have a very deliberate and formalized way to provide our team members with new sets of skills within their chosen areas of expertise. Salaries inevitably increase as team members progress in this journey,” said CEO Marcell Haywood, who credits Endeavor with giving him a valuable advisory board. Meanwhile, Yandiki’s technology has empowered women around the world by providing them with access to work that allows for location and schedule flexibility. For instance, it partnered with the Kingdom of Saudi Arabia to allow more than 250,000 previously unemployed women to join the workforce working from home through an online employment program. In Saudi Arabia, many women were unable to work in gender-mixed environments.

Together, these 15 companies have generated more than $100 million in revenue, up 55 percent since 2013 levels, and more than 1,500 jobs, up 70 percent, the report said. Fifty-seven mentors have donated 1,114 hours since 2013, and 20 of them sit on Endeavor Miami Entrepreneurs’ advisory boards. In addition to receiving mentorship and introductions, Endeavor companies have participated in or have been supported by programs such as EY’s Growth Navigator, Bain & Company’s “Externship” program, Harvard and Stanford business schools, and Kellogg’s executive MBA program. Maydón hopes to get more local companies involved in the next year.

Endeavor Miami banks on the multiplier effect: High-growth companies not only generate jobs, but their founders become role models and leaders in the entrepreneurship community, inspiring and mentoring future generations to think big and pursue high-growth entrepreneurship in the Miami area.

“We need to take a pause and acknowledge we’ve made progress, but there is still so much to do. This is a long-term play,” Maydón said. It’s also a team effort: “The sooner more stakeholders come together to support companies that are growing, the better position we will be in. Everyone has a place in this ecosystem.”

Find out more about Endeavor Miami and nominate a deserving entrepreneur for the program atEndeavorMiami.org. Find the report here.

Endeavor Miami is holding a gala on Saturday evening at Soho Studios in Wynwood, and all proceeds go to furthering the organization’s mission. Honored with the “Impact Award” will be Jessica Goldman Srebnick, CEO of Goldman Properties. Find out more and buy tickets at EndeavorMiami.org.