With $750K in new funding, what's ahead for The New Tropic? Expansion 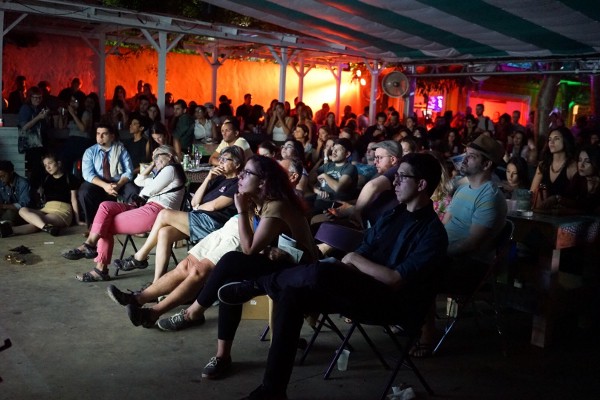 Photo from The New Tropic

The New Tropic serves up a popular daily newletter, with about 30,000 subscribers. It offers stories and tools on its website, such as a how to decipher ballot initiatives or understand sea level rise and its engaging neighborhood guides. It also partners with organizations that run events, and produces some of its own; its recent debate watch event at Gramp's (pictured above) was packed. “Whether it is a forum on a really tough civic issue or it’s a beer tasting, these kinds of things are all happening in the same moment in Miami, and we think that is really fun,” Sopher said in an interview Friday.

Through the expansion, a Seattle team of journalists has started a sister company, Evergrey, which launched a digital newsletter last week with plans for a website and events to quickly follow. The New Tropic has raised $750,000 from Knight Foundation’s Enterprise Fund, the AGP Miami angel network, Tilia Media and other angel investors. WhereBy.Us’s staff has expanded from three to 13 in the past two years.

The funding will help Whereby.Us, co-founded by Rebekah Monson and Bruce Pinchbeck, expand to new markets but also  continue building a technology platform for serving and engaging the Miami community. The tech tools help the team understand what gets millennials and other residents motivated to want to experience the city so that The New Tropic can  help them get connected to issues they care by  serving up information useful in these pursuits. “We take a concept where there is a lot of interest, like the voter guide, and make it into something that fits the digital behavior of people, optimized for mobile and is ready for people to explore or share. We see big opportunities for those kinds of resources,” Sopher said.

In a medium post last week, Sopher described the research that went into launching The New Tropic two years ago with Rebekah Monson and Bruce Pinchbeck: “We vetted financial models, gathered advisors, and secured a bit of funding. But nothing tests your assumptions like a sudden impact with the real world. Fortunately, somewhere between exploring Miami’s dive bars, diving into transit policy, and running Pitbull for Mayor, The New Tropic started to catch on.”

The New Tropic will be launching a new version of its website in the coming months and plans a couple of local conferences in addition to expanding to new cities next year. The community-focused mission isn’t changing, Sopher said: “We’re diving deeper into it and running faster.”

He adds, “It’s easy to get lost in the coding or scaling or fundraising or some other aspect of building a company, but at the end of the day if you don’t understand the community you serve in a deep way, it’s hard to build something that lasts.”