Employers: Salaries are going up. Tech professionals: Not fast enough. 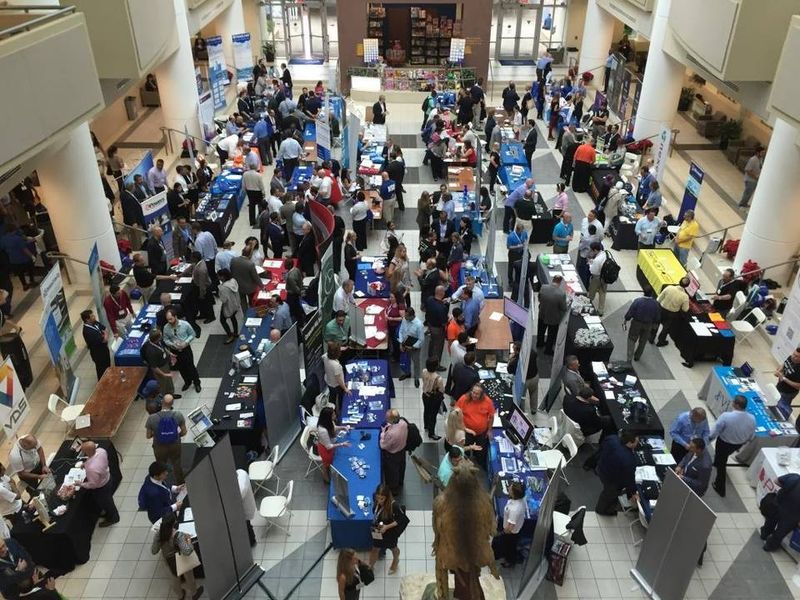 ITPalooza, coming up Dec. 8, is a place for employers and tech professionals to network as well as learn. Photo by Nancy Dahlberg

About half of employers said IT salaries are going up in South Florida but nearly half of professionals believed they would have to pursue new career opportunities in Silicon Valley and cities including Boston, New York and Austin to gain higher earnings, according to a local survey released Friday.

The annual online survey, conducted as part of the upcoming ITPalooza tech event on Dec. 8, isn’t scientific but provides an interesting gauge of local tech sentiment from both employers and employees; 125 South Florida tech professionals and 37 employers responded to the survey.

Of the tech professionals responding this year, 75 percent were full-time employees. Half said they would “very likely” consider new career opportunities, while 34 percent said, “maybe.” About 32 percent felt that job opportunities in the area were increasing, but 18 percent said they were decreasing, with the remaining 50 percent indicating the market was “flat.”

“The job market for software developers and system engineers is becoming increasingly internationalized,” said Alex Funkhouser, ITPalooza co-founder and CEO of SherlockTalent, a Miami IT and marketing staffing firm. “Many local IT professionals are earning above-market rates by working remotely for out-of-state companies.”

Employers’ outlooks were more sunny. Seventy-four percent of the responding employers said they will be hiring IT positions in 2017, mainly software developers or systems and network engineers. Mobile application developers, security engineers, project managers, IT managers, business analysts and sales and marketing were also on their hiring lists. Five companies said they would be looking for a CIO or CTO in 2017.

In the survey, 52 percent of employers said IT salaries are going up (less than 10 percent a year), while the remaining respondents said they stayed unchanged. The majority (74 percent) said local universities were producing quality IT candidates, but just 8 percent of employers who responded to the survey said they were offering apprentice programs.

However, 52 percent of employers said they were considering outsourcing some of their operations, and when employers were asked if South Florida had an “ample pool” of IT candidates, 59 percent said “no” while 41 percent felt the supply was “adequate.”

Employers and potential tech talent can find one another at the 5th annual ITPalooza, which will be Dec. 8 at Signature Grand in Davie and is hosted by the South Florida Technology Alliance. ITPalooza, which attracted about 1,500 people last year, is an annual gathering of South Florida's technology professionals, CIOs and CTOs, user groups, educators and companies with an expo, keynote speeches, panel discussions, workshops, a hiring fair and an evening party. Tickets ($60 for general admission; $15 for students; free if you will bring two unwrapped toys for charity) can be registered for at itpalooza.com or on Eventbrite.